HTC is having their own shindig next week in New York, and we’ll be there to see exactly what they are announcing. From the teasers we know it’s some kind of camera, under the branding “REcamera”. Which is what just hit the FCC. It looks just like the camera we saw in the teaser video last week from HTC. REcamera is a GoPro like camera, which will be interesting to see how HTC tries to sell this device, as we already have GoPro doing so well – in fact they just announced a couple new cameras earlier this week.

The FCC listing doesn’t tell us a whole lot. But we can see that the device – while the pictures are illustrations and thus are black and white – looks a lot like the one in the teaser. So it’s pretty safe to say its the same thing. It looks to be a bit smaller than the GoPro and it looks like it’s got a pretty long handle which will allow you to get some better shots. Which is always nice.

The listing does confirm that it’ll have Bluetooth 4.0 and WiFi (802.11b/g/n). But not much else. It’ll be interesting to see if HTC does a 4G LTE version. It’d definitely be nice to have a camera like this with mobile data from AT&T or even Verizon. Like Samsung has done with their Android-powered cameras. The filing does mention “companion camera” so there’s a high chance that it’ll be WiFi only. Which does mean it would be cheaper than an LTE model. And possibly a bit smaller.

If there’s one thing HTC has done right it’s camera software. Now I’ll say that UltraPixel wasn’t the best idea – at least not at only 4MP, a 8MP UltraPixel camera would have been much better. So I’m excited to see what HTC has to show us next week. 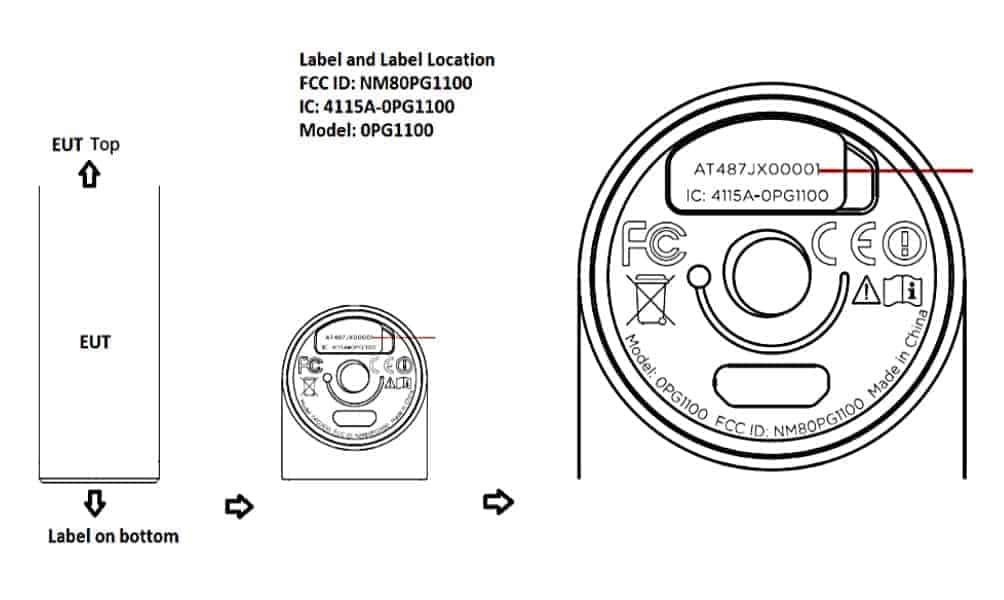