We’ve seen many rumors surrounding the alleged HTC Eye smartphone. This device will reportedly be announced at HTC’s October 8 event in New York City. We’ve heard many things when it comes to this device, the latest rumors say the device will ditch UltraPixels and will be shipped with a 13-megapixel shooter. The question is how good will that camera be, considering the 13-megapixel camera on other HTC devices were mediocre at best. This is only the latest rumors of course, we’ve also heard HTC is preparing an 8-megapixel UltraPixel camera for this device before it. Anyhow, we have some new info which will create even more confusion when it comes to this thing.

Relatively known leaker, @upleaks, shared a very interesting image with the public while stating HTC Desire Eye will sport a 13-megapixel front-facing camera accompanied by a dual LED flash. I don’t even know where to start really, first of all, the leaker calls this thing Desire Eye, instead of just Eye as it was called thus far. There’s a big difference between HTC’s flagship line and the desire line, former is company’s high-end line while the latter belongs in the mid-range sector. That being said, HTC Eye might turn out to be HTC Desire Eye in the end, no HTC One M8 hardware or specs. On the other hand, HTC might release two devices (although I doubt that), HTC Desire Eye and HTC Eye. Either way we spin this, this will be an ultimate selfie phone, whether or not HTC decides to advertise it as such.

This leak doesn’t help at all, it only brought more confusion to the table. I don’t even want to guess what will HTC release in the end, I’m 50:50 when it comes to this. It seems more probable that they’ll release HTC Desire Eye, a mid-range device which they’ll brand a selfie phone in the end. Who knows though, the weakest point of HTC One M8 (according to many people) is its camera, so HTC might be looking to fix that with HTC Eye. I’ll stop now, no point in going any further, October 8th is only a few days away and hopefully, HTC will release this thing already. 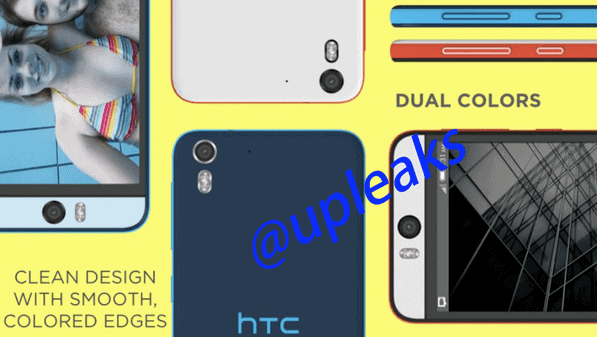