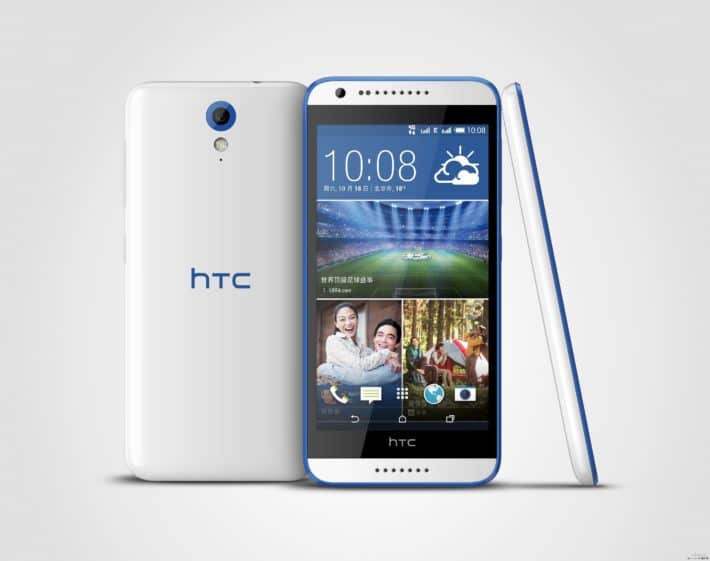 HTC managed to turn profit after they decided to re-structure its business a bit and cut costs. The company is still not moving enough devices though, not nearly enough and they have to change that somehow. We've been seeing tons of leaks which regard HTC's upcoming devices lately, HTC D820mu is definitely one of them and it seems this will be the Desire 820 Mini. This device has been spotted at TENAA (China's equivalent to the FCC) a couple of days ago carrying some rather non-impressive specifications. I expected this device to carry a very affordable price, even though I'm used to seeing HTC price their devices rather high, even low and mid-range ones. We have some new info when it comes to this device.

HTC Desire 820 Mini popped up on HTC's official store in China and was removed shortly afterwards, that didn't stop someone from taking a screenshot though. The device was priced at 1399 Yuan, which is about $228. According to AnTuTu listing, this device will sport a 5-inch 720p display along with 1GB of RAM and 8GB of in-built storage. 1.2GHz quad-core processor was also listed, I'm guessing we'll see a Snapdragon 400 here or perhaps a MediaTek chip. 8-megapixel camera will be located at the back of this device and a 5-megapixel shooter will be available up front. Android 4.4.4 KitKat will come pre-installed with HTC's Sense UI on top of it. It is worth mentioning that 4G LTE connectivity will also be available on this device. D820mu / Desire 820 Mini will measure 150.1 x 72.7 x 9.6mm according to AnTuTu and will weigh 162.3 grams.

This listing on HTC's website is yet another confirmation this device is coming, we'll probably see it released soon. I guess this could be a solid offering for the price presuming HTC decides to use Qualcomm's Snapdragon 400 chip to power this thing on. You can of course always argue there are better offering for the price, and I guess that's true, especially in China, but for those people who really want an HTC device, this might be an option. It remains to be seen how accurate are these specifications though, HTC will hopefully release this thing soon. 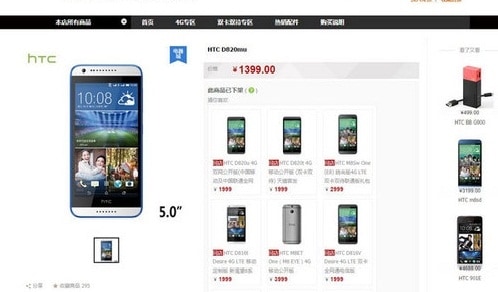