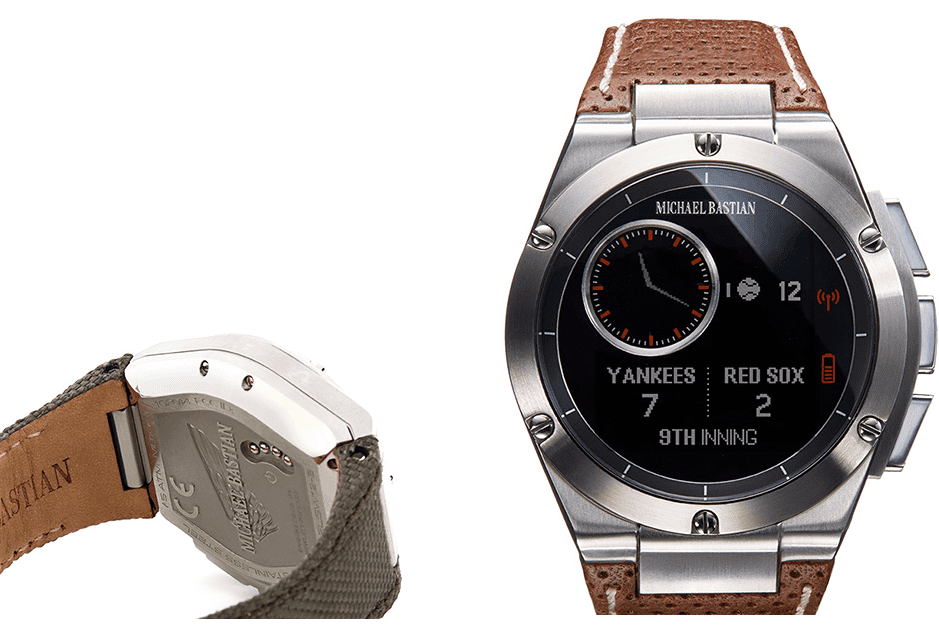 This year there has been two clear directions in terms of personal electronics, the top end and the bottom end. With the release of Android One we saw the cost of what is essentially a reasonable device dramatically drop to $100. In contrast with the market saturated with so many mediocre devices we saw Gresso launch their $3000 smartphone. Smartwatches are no different and you can expect the same sort of dichotomy of top and low ends hitting the market over time. In the smartwatch world, this year has been very congested with a number of smartwatches which all generally look similar and do similar things. They do differ in how long their battery lasts and how fast they can process but generally speaking they are very similar.

Like Gresso, HP have decided to take a more gentlemanly approach to their smartwatch and it was no secret that they hired the fashion designer Michael Bastian to come in and help bring something different to the market. Something a little more sophisticated than what is currently out there. After all, watches were supposed to be a sign of affluence and HP and Bastian seem to want to reinvigorate this principle. Well, their offering is finally here and ready for your consideration. The MB Chronowing is unlike any of the other smartwatches we have seen so far. HP and Bastian have forgone focusing on specs and what it can do for you and instead look more towards bringing you firstly, a watch. The MB Chronowing does not come with a touch screen. Instead, to navigate, the user must deal with three tactile buttons on the side (similar to a normal watch). This old school approach is further evident with the lack of a microphone, no fitness trackers, GPS or voice activation. That said this is a smartwatch and it will provide you with notifications for incoming texts, emails and the select few apps you choose. Not to mention it will also provide information on stocks, the weather and calendar notifications. Also unlike the other watches on the market, this one has a permanent time piece on display…you know, like a watch. Lastly, this watch won't bog you down to an operating system and instead is compatible with both iOS 7 and Android 4.3+

Similar to the Gresso smartphone, this is designed as style over function and therefore more attention has gone into the design, look and feel of the watch. The MB Chronowing will be available in two variants. The standard version will come with interchangeable straps including perforated black leather, green nylon and black rubber and will be priced at $349.99. If you are looking for something more luxurious than they will also be releasing a limited edition all black watch with Sapphire-glass Crystal and an alligator strap and priced at $649.99. Both versions will be available to buy from November 7th, although don't expect to pick them up at Best Buy. Instead you will need to head over to Gilt to get hold of one. What do you think? Are you tired of basic-looking but highly functional watches? Do you want something more sophisticated and happy to accept less function? Let us know.