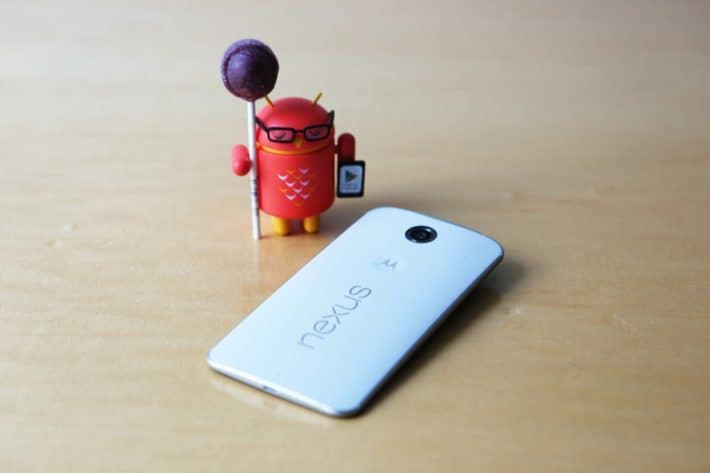 It looks like Google tried to keep the leaks down this year by not pushing their new Nexus hardware through the FCC until after it was announced. But obviously that didn't work. But the Nexus Player passed through the FCC last weekend, and now we're looking at the Nexus 6 passing through the FCC today, ahead of it's October 29th pre-order date. There's really not much else to say, but we're definitely excited to get our pre-orders on, starting October 29th. Even though it's a $650 smartphone, it definitely is a high-end device, compared to the Nexus 4 and Nexus 5. Now that LG's Nexus' were bad or anything. They just had to skimp in some areas to get a Nexus for under $350.

The Nexus 6 from Motorola has a 5.9-inch 2560×1440 resolution AMOLED display, Qualcomm Snapdragon 805 processor, 3GB of RAM, 32GB or 64GB of storage, 3220mAh battery inside, with a 13MP camera on the back. Doing some detective work, it's actually the same sensor that's in the OnePlus One, which takes some pretty amazing pictures, actually. Of course, it's running Android 5.0 – Lollipop. Which was announced just last week. The OTA hasn't started hitting yet, but we should see that on November 3rd, so just over a week away.

Unlike previous Nexus devices, this one is huge. And Google is also going to continue selling the Nexus 5 alongside it. Which is great because not everyone wants a 5.9-inch smartphone and not everyone wants to pay nearly $700 for a new smartphone, or sign a contract to get one from a carrier. Pre-orders start this week, so how many of you are planning on getting your pre-order in? I know I'll be getting mine in there, as soon as possible. If you are pre-ordering, let us know which capacity and color you're planning on getting. Be sure to let us know in the comments below.