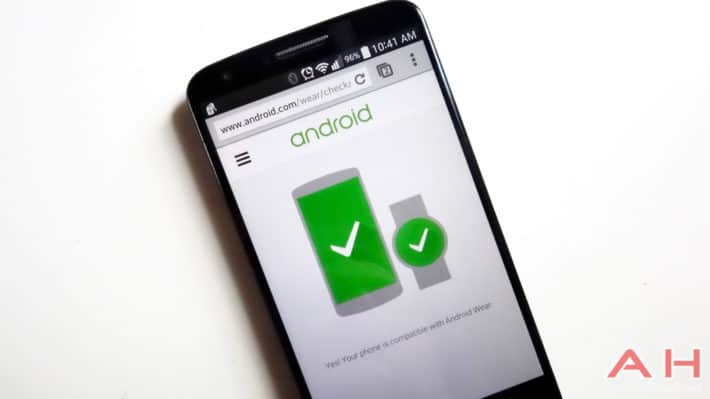 When Jeff Chang spoke to the Huffington Post UK he was quoted saying, "We always want as many users as possible to enjoy our experience, so in terms of enabling more people to use Android Wear we're very interested in making that happen." From this quote you can really tell that Chang is enthusiastic about Android Wear and wants to get the product into more peoples hands, so thinking that Android Wear will be compatible with iOS in the near future is not crazy to think. After all, remember the MyGlass app? The companion app for Google Glass that Google offered on Android as well as iOS.

When Chang did directly comment on possible cross-platform support for Android Wear he said, "It's not always completely up to us right? There are technical constraints, API constraints so we are trying really hard." Chang is completely right in his concerns in bringing Android Wear to other platforms but the fact that Google Glass works with iOS gives us some hope for Android Wear at least hitting iOS. Windows phone and BlackBerry? We wouldn't go that far.

What we can say about Android Wear coming to iOS is this, if it doesn't happen it will not be due to Chang an his team's unwillingness to do so, it will be due to iOS constraints. We can tell from Chang's love for his product and his willingness to do whatever it takes to get it into new hands that we he and his team are already probably working on iOS compatibility. We might even go as far as saying Android Wear will be compatible with iOS early next year if things go well. If Android Wear does come to iOS it would be a great move on Google's part. Making Android Wear cross-platform will do nothing but benefit Google and Android Wear sales and may even get some iOS users to switch over to Android in the future.