I’m going to start my article by explaining that I’m not a fan of benchmarks on mobile platforms, because it’s difficult to ensure a fair comparison and when we do, I’m not convinced that the information we’re given is relevant to our everyday experiences with the devices. For a mobile device, at least until Google’s Project Ara comes of age and we’re able to easily replace components ourselves, we are pretty much stuck with the hardware that the devices come with. We can tune the software, but this typically amounts to only a few percentage points either way. A device based around a given processor with a given screen resolution has very similar real world performance to another device based around the same hardware, subject to software tweaks. Benchmarks can be influenced by software and hardware tuning, such as overclocking. Some manufacturers have deliberately tuned their devices to temporarily ignore thermal limits or processor duties when running certain benchmarks.

Now, however, Futuremark have released PCMark for the Android platform, which is designed to investigate the performance of our device based on something closer to a real world analysis. Rather than get the device to calculate Pi to ten million places, instead PCMark runs a number of tests designed to measure how quickly the device performs day-to-day tasks. Currently, there are two modules available for the Android client; the Work and Battery units. More are coming soon. I’ve been running the Work module on my 2012 Samsung Galaxy Nexus 10 and this measures how quickly the device can render webpages, calculates framerates when playing back video or the time taken to seek to a point, the time taken to edit documents and manipulate images. The results are quite surprising. You see, the two year old Nexus 10, with it’s Samsung Exynos 1.7 GHz dual core processor, is currently on average the tenth quickest Android device of all time. Yes, it’s quicker than the Samsung Galaxy Note 4 with the 2.7 GHz quad core Snapdragon 805. It eats the Samsung Galaxy S5 for breakfast and you don’t even want to know what it does with my 2013 Nexus 7!

And that’s partially my point: the Nexus 10 may still a reasonably well performing device but it doesn’t feel as responsive as the benchmarks show; it feels close to the Nexus 7 in the hand. If I were basing a purchase decision on the benchmark scores, it might be enough to put the device back into contention, but really there are plenty of other things to base a mobile device purchase on over and above synthetic benchmark scores. Still, PCMark is absolutely one of the better benchmarking suites out there and I admit there’s a certain reassurance to know that the Nexus 10 does really well when it comes to text manipulation! Now it’s over to my readers: my Nexus’ score doesn’t even top 3,900. Who can beat my two year device? Let us know in the comments below. 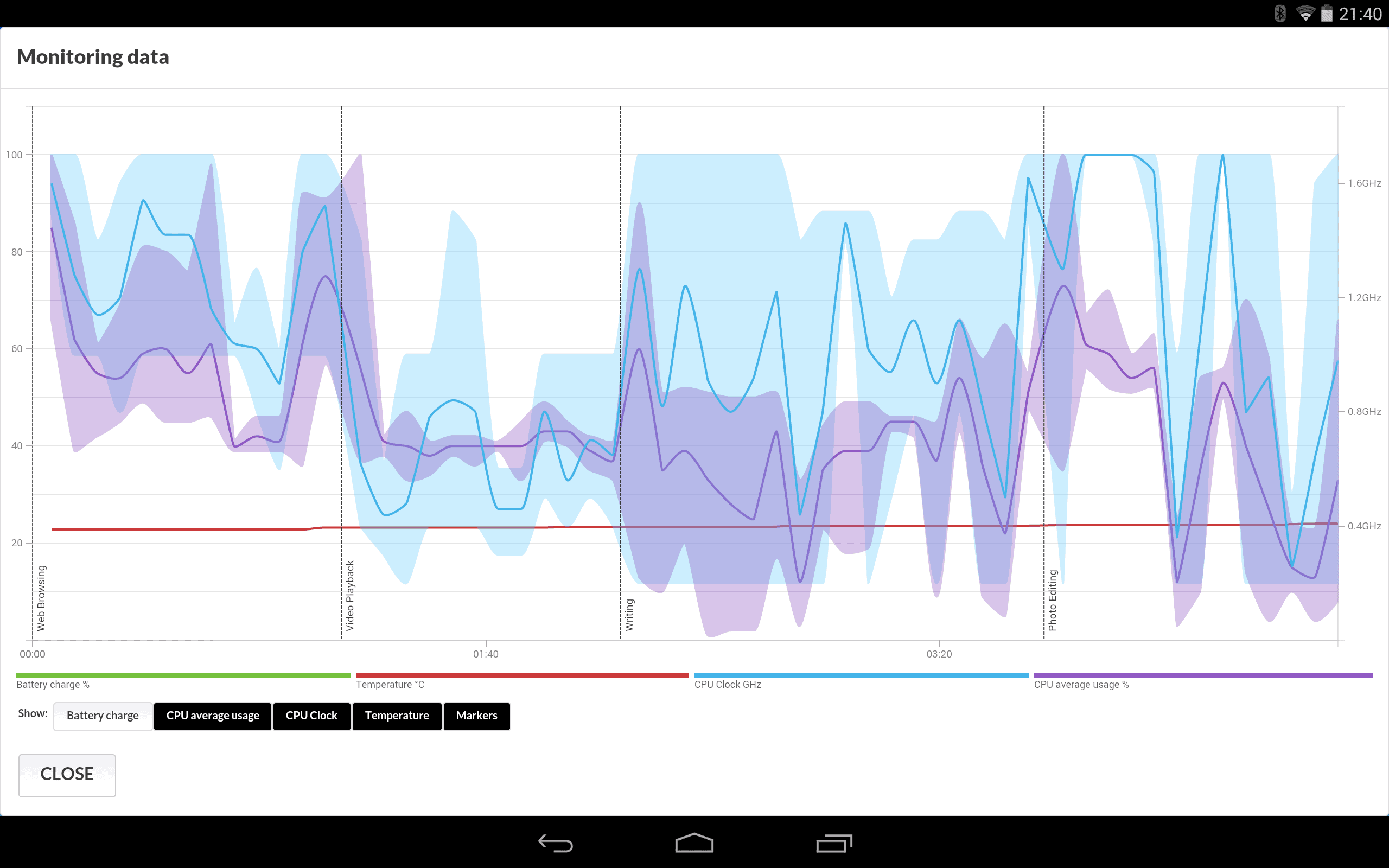