Historically, Samsung has flooded the market with smartphones across all levels and price points. The high-end Galaxy Note 4, the mid-range Galaxy Alpha, and the low-end Galaxy Avant all have a place in the world. Today we’re taking a look at the Galaxy Avant for T-Mobile, a value handset that surprised us in the areas of performance, but let us down with its sub-par screen and camera. For $230, though, we are willing to let some things slide. Let’s take a deeper look.

The Galaxy Avant looks like a Samsung device. Rounded-off corners, matte black backing, and silver trim around the edge. Samsung’s trademark physical home button is on the bottom with capacitive Recents and Back buttons on the each side of it. The back is plastic, but it’s designed to feel like leather. It’s not great, but the feeling is better than Samsung’s older slimy plastic backs. It doesn’t show fingerprints and it’s easy to grip. The screen is 4.5-inches and the device is easy to hold and use in one hand. The phone has a TFT LCD display. The screen resolution is just 960 x 540 with a 245 ppi. This leaves the display as one of the weakest parts of the phone. The overall feeling is that things always look a little grainy. The screen is dull and visibility outside is horrible. When you want to make a low-cost device, you have to make some compromises. Samsung compromised on the screen with the Galaxy Avant. The Avant’s power button on is on the right and the volume buttons are on the left. The micro-USB charging port is on the bottom and the headset jack is on top. The phone is light and easy to use one-handed. It is 2.6-inches wide; it weighs 137 grams and stands 5.2-inches tall. The back comes off so you can swap out the battery if you want to, and the there’s a microSD card slot for expanding the internal storage by up to an additional 64GB. 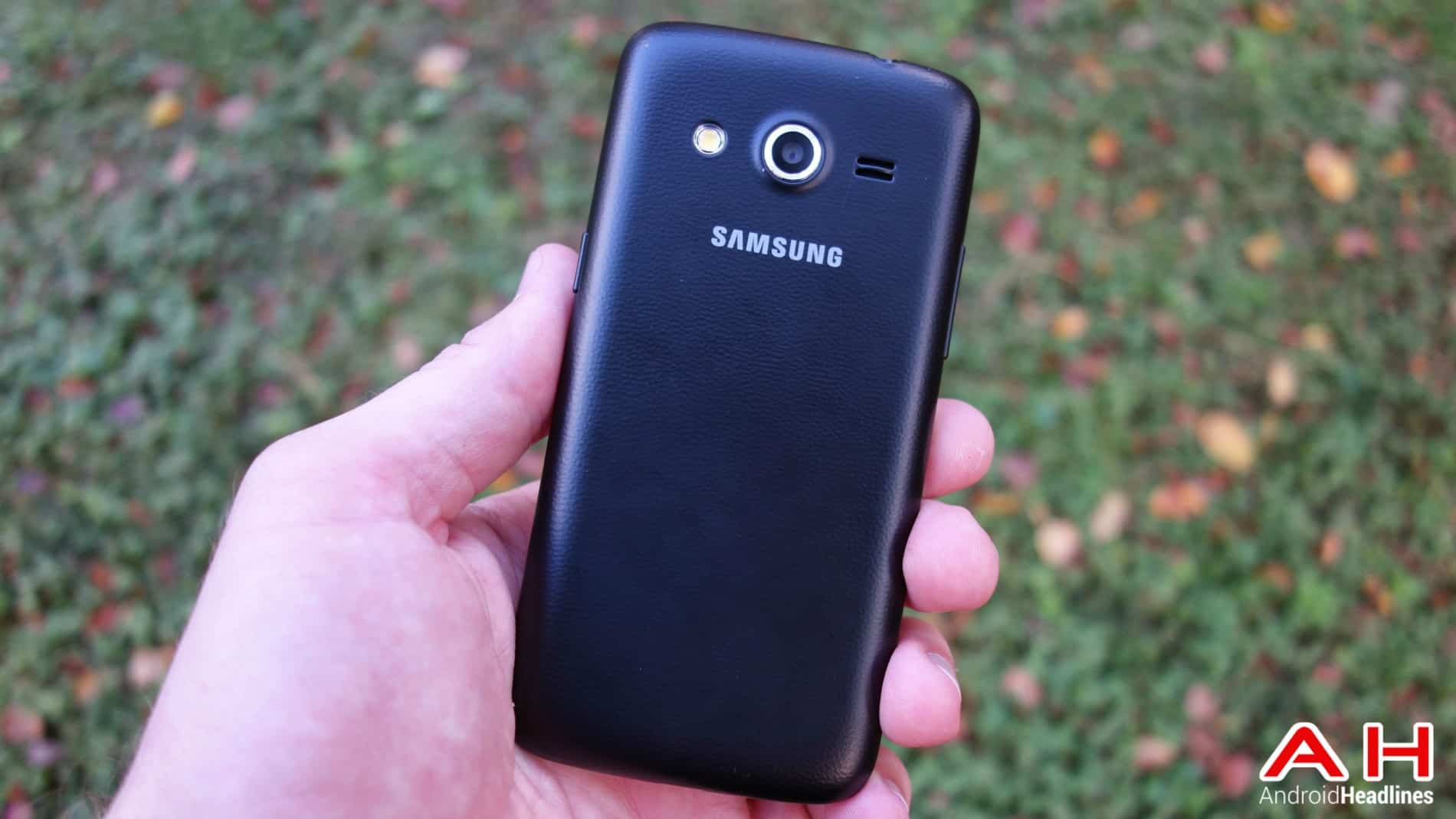 The Galaxy Avant is running on Qualcomm’s Snapdragon 400 chipset. This mid-range chip is truly a workhorse. The chip is clocked at 1.2GHz and graphics are handled by an Adreno 305 GPU. We have had issues in the past with Samsung’s TouchWiz overlay slowing down device performance because it’s so bloated. This was rarely the case with the Avant. For everyday use like Twitter, Facebook, browsing the web, and making calls, this phone’s performance is more than adequate. Part of the reason performance is good is because the screen resolution is so low. The processor doesn’t have to struggle to push pixels. The phone is running Android 4.4.2 KitKat, and maybe the newest version of TouchWiz is much improved. Either way, the Snapdragon 400 had very little issues with handling performance. Even gaming was not bad. The phone has 1.5GB of RAM, so that helps too.

Battery life was surprisingly decent. Again, I was used to TouchWiz and all of the extra Samsung apps really taking their toll on the battery. The 2,100 mAh battery is rated at 18 hours talk time and 15 days standby time. I didn’t have the phone for a full 15 days to test that, but I could easily get through a single day of moderate-to-heavy usage and still have 15-20 percent left on the battery. This is perfectly acceptable for any phone, these days.

The T-Mobile Galaxy Avant has been updated to support VoLTE, but the service wasn’t live in my area so I couldn’t test that out. Call quality was adequate on both ends in all of the tests that I did on T-Mobile’s network. The smartphone also supports LTE, so data speeds are plenty fast. We’re starting to see a trend in low-end phones, where they are getting LTE connectivity. I like it. 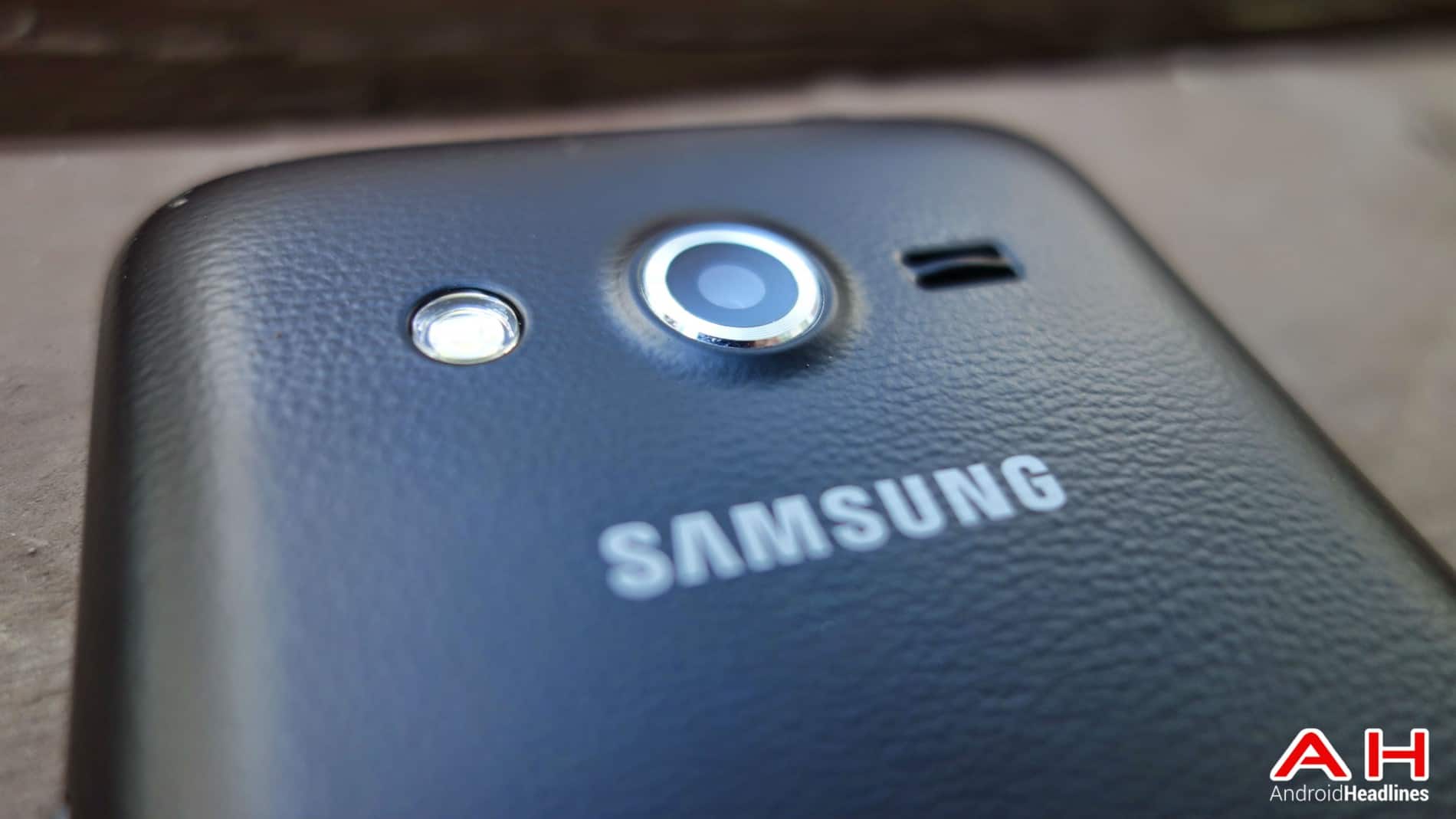 The Avant has a 5-megapixel rear-facing camera and a 0.3-megapixel front-facing one. This is the second area where the phone was a disappointment. Overall image quality is just not up to snuff when compared to other cameras in this class. Even when the light was good, photos ended up out-of-focus and noisy. The camera performed best outside, but those weren’t great either. The camera software has some, but not all, of the Samsung’s extra features built into it. Panorama, night modes, sport mode, and beauty face are there. The video performance was decent but not great, just like still shots. The front-facing camera isn’t good for much of anything, but it’s there. Samsung obviously cut some corners on the camera in trying to keep the cost of the phone down. Here are a couple of test shots from inside and outside. The Avant is packed with Samsung’s suite of pre-installed apps. I won’t go into all of them here, but you’re getting pretty much the same experience here that you’ll have on any Samsung device running TouchWiz on top of Android 4.4.2 KitKat. T-Mobile also includes their apps, like T-Mobile TV and apps to manage your account. It does come with Dropbox pre-installed as well. When you sign into Dropbox from your phone, you’ll automatically get an extra 50GB of Dropbox space that doesn’t expire for 2 years. This is a nice added piece to take advantage of, when you get an Avant.

The Galaxy Avant is a surprisingly decent smartphone. For $230, you get an above-average smartphone with a few downsides. The performance of the phone, running on that Snapdragon 400 chip, provides a great overall user experience. Samsung’s apps add some nice extra features, and battery life will hold up all day for you. On the other hand, the display resolution is low and the camera doesn’t take very good pictures. Those are the trade-offs you’ll have to deal with if you want or need a phone at this price point. T-Mobile also doesn’t have a ton of options at this price. The Avant provides a good user experience, though, and I would recommend it if the price is the biggest factor when you are making your phone buying decision. T-Mobile has the Galaxy Avant for $230 or $9.60 per month. You might also want to look at the Moto G at $199, with its higher resolution display.