When it comes to Android, we've known ASUS as one of the first companies to release quality Android tablets with the EEE Pad Transformer line and of course, the Nexus 7. Fast forward to today, and ASUS is more focused on delivering quality experiences without the associated price tag. 2014 saw ASUS enter the smartphone market in a big way, with the expansion of the ZenFone line and the introduction of their first 4G LTE smartphone, the ZenFone 5 LTE.

As a budget-minded handset, the ZenFone 5 certainly ticks a lot of the right boxes, but with so many other great handsets available for less these days, like the Moto G, how does the ZenFone 5 LTE shape up? 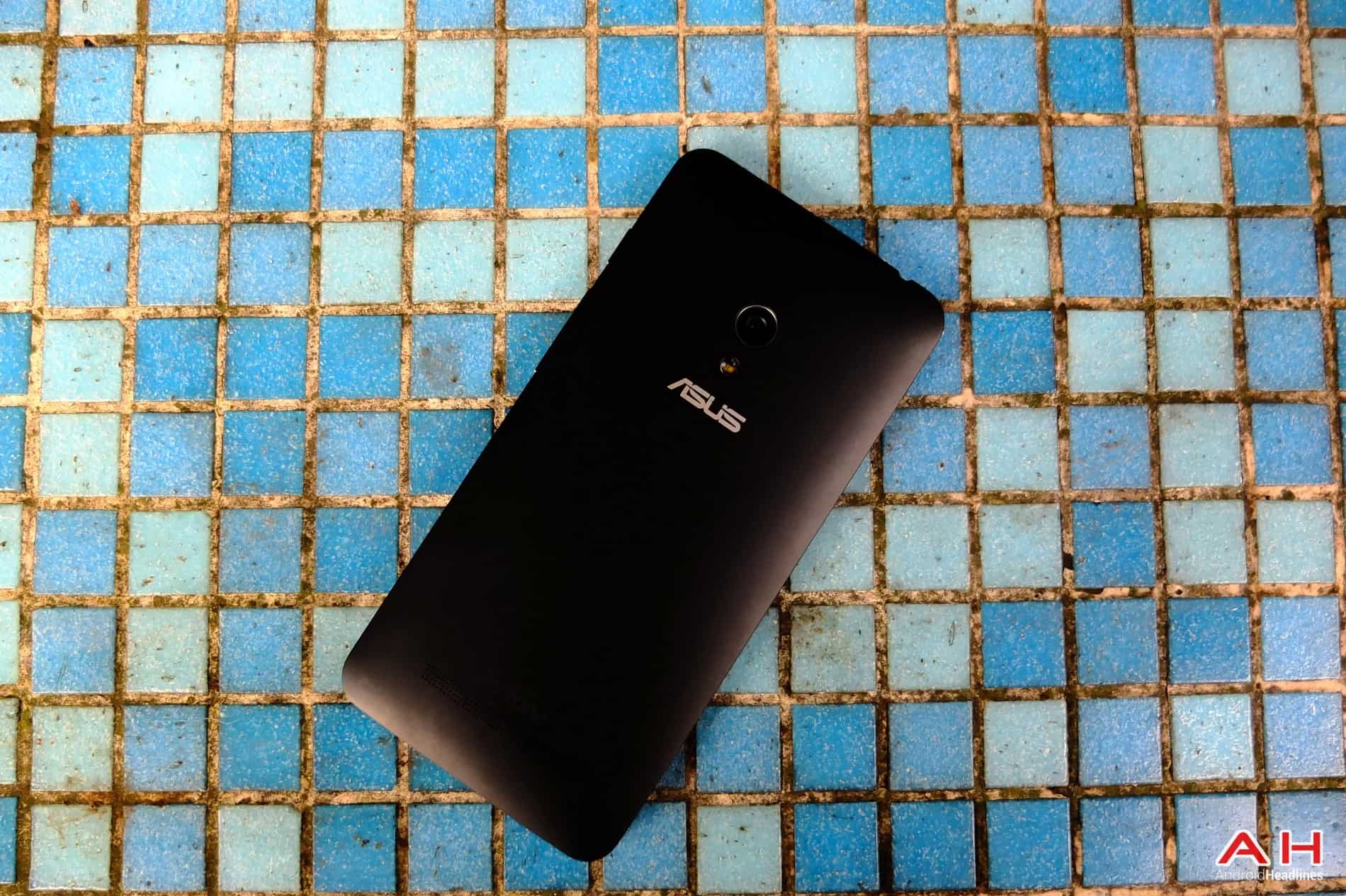 Considering that this is a device that retails for £199.99 in the UK, the ZenFone 5 LTE is a pretty decent looking thing. I like the simple overall design and the concentric circle design is nice on the bottom bezel, and this effect works wonders on the power and volume buttons which are both mounted on the side. We have the black version here, and the back panel is covered in soft-touch plastic but it's really not that grippy, sadly. You can change the color of your phone quite easily though by popping off the back cover and changing it for a red one, or something similar. This is a nice touch and it's arguably what makes the Moto G so popular, so points to ASUS for this. 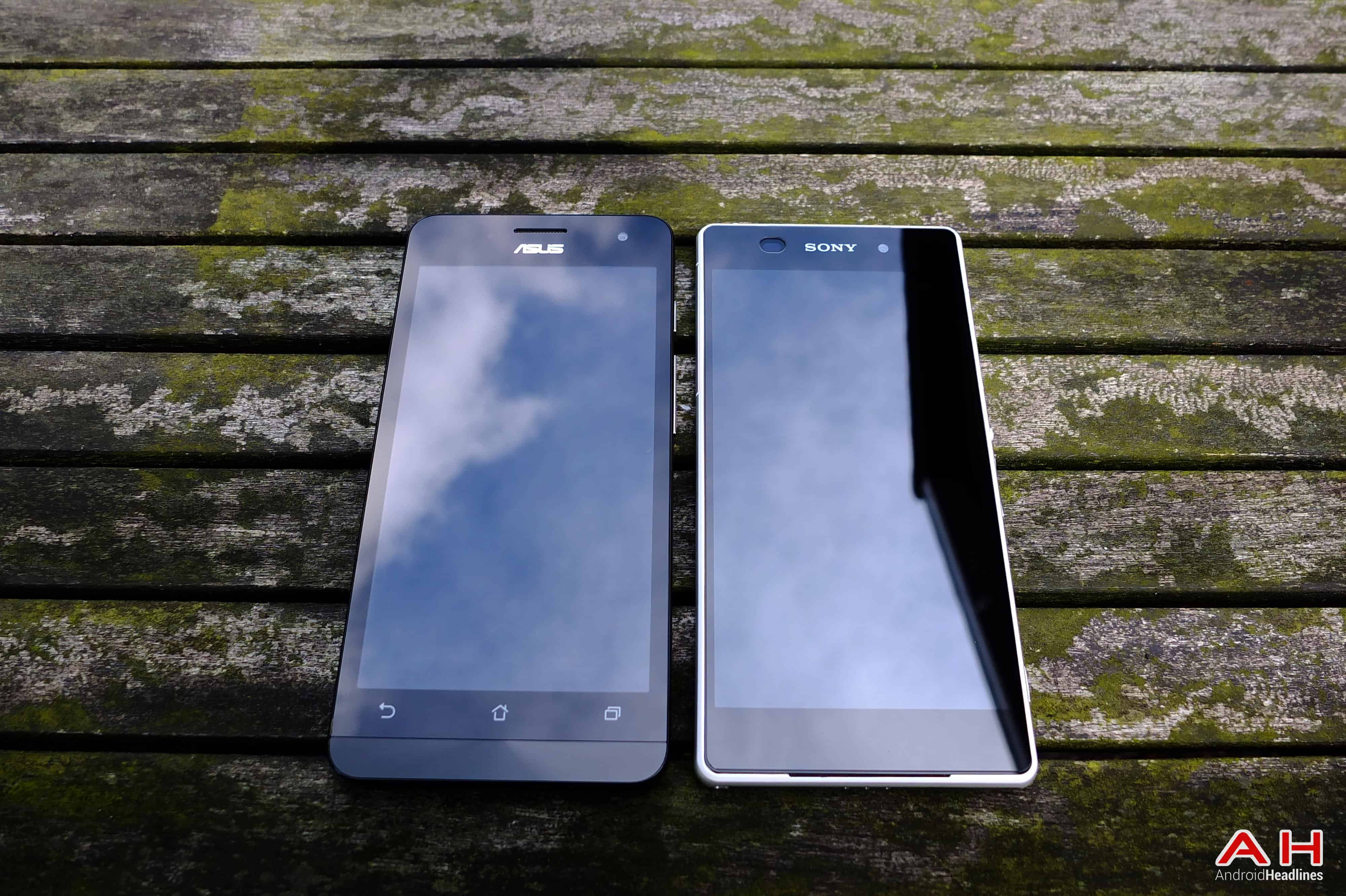 This is a phone packing a 5-inch device, but it may as well be packing a much larger display. For its overall footprint, the ZenFone 5 is a big phone, it's as big as the Xperia Z2 which has a 5.2-inch display and sizably thicker. Of course, I'm making an unfair comparison here, as these two phones are worlds away from each other in price. Still, if you were looking for a 5-inch device that doesn't have the associated size, then this isn't it. The physical buttons add quite a bit of height to the device, and really there's no need for them any more with Android and I personally would have liked to see the phone a little shorter without these buttons.

Overall though, the ZenFone 5 (or any member of the family for that matter) has a certain professional look and feel to it. In public, the ZenFone 5 doesn't scream "I'm a cheap phone" or anything like that, it looks the part and it feels good in the hand, if not surprisingly light.

The ZenFone 5 is adorned with a 5-inch 1280 x 720 IPS LCD panel, which gives it a pixel density of 320 ppi which isn't to be scoffed at. At this sort of size, 1080p would be nice, but at this sort of price 720p is very nice to see. The display is pretty good overall, with rich and deep colors that have some punch to them and while they're not that bright they're still pleasing to my eye at least. The display doesn't get that bright however, even on the highest setting I was wishing for a little more in the way of brightness, but this isn't a major issue.

What is a little more disconcerting is that it's pretty difficult to see in direct sunlight. It's not terrible, but the somewhat dim display coupled with some serious glare makes the ZenFone 5 difficult to see when it's bright outside. By no means a dealbreaker, it is somewhat niggling when trying to send messages or look something up on the move when it's sunny. Another point here is that the display does seem long it's quite a distance away from the touchscreen, but again we're talking about a device that costs a fraction of most others. If you want to try to 'fix' or tweak how the display looks though, ASUS have bundled in a nice little utility called "splendid" to change how the display looks and I really wish more manufacturers would follow suit as this is invaluable to someone like myself.

All-in-all, ASUS have done a pretty decent job here. It's difficult to get the display right on these budget handsets and while the Moto G's is still brighter and more vivid, the ZenFone 5's display has good viewing angles, rich colors and excellent touch response. A decent display that certainly beats out many underwhelming qHD panels found on similarly priced devices, this 720p panel is more than good enough. 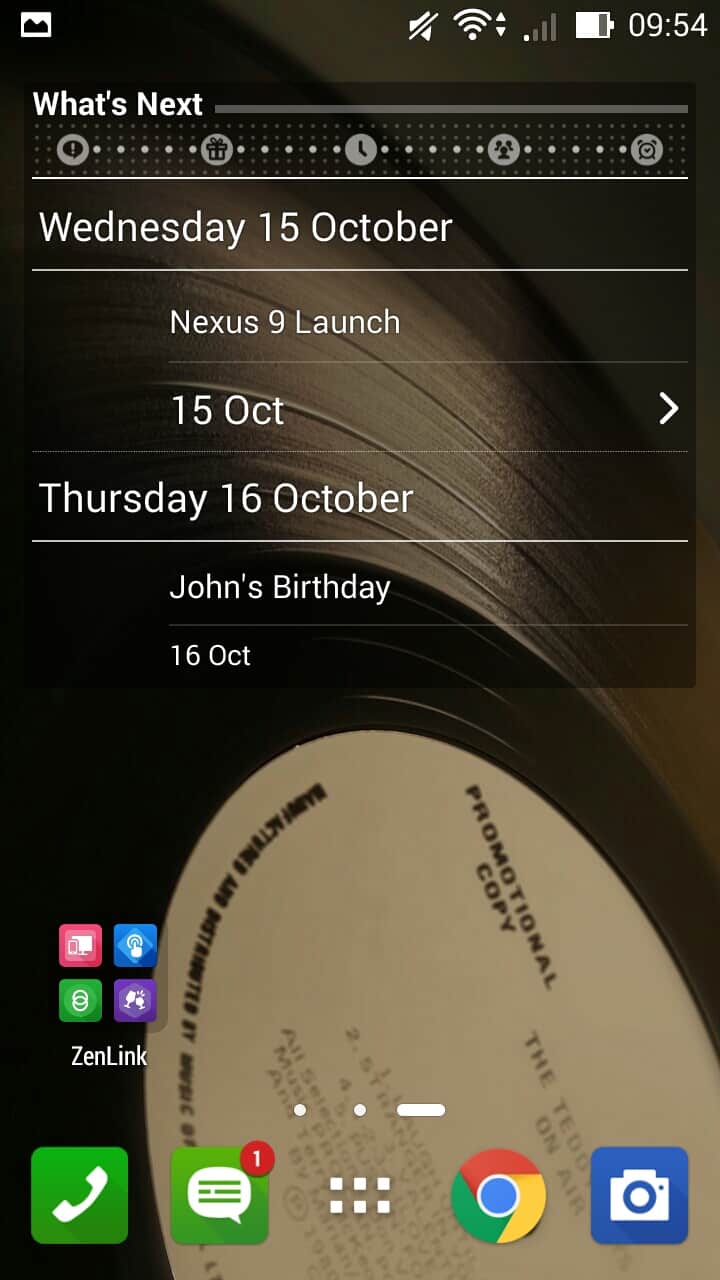 The ZenFone 5 comes running Android 4.4.2 KitKat out of the box and ASUS' touch on top of Android is refreshing. It certainly has it's own look and there are more than a few elements of Material Design here, but that's more than likely a happy accident. Android here is mostly left alone, and ASUS clearly felt there was no need to mess around with Google's vision too much, and for that, I thank them. What's Next is a major feature of ASUS' platform here and it essentially brings in Birthdays, calendar appointments and all sorts of information into one happy list that's easy to keep up with and it even works on your lockscreen, just like DashClock. 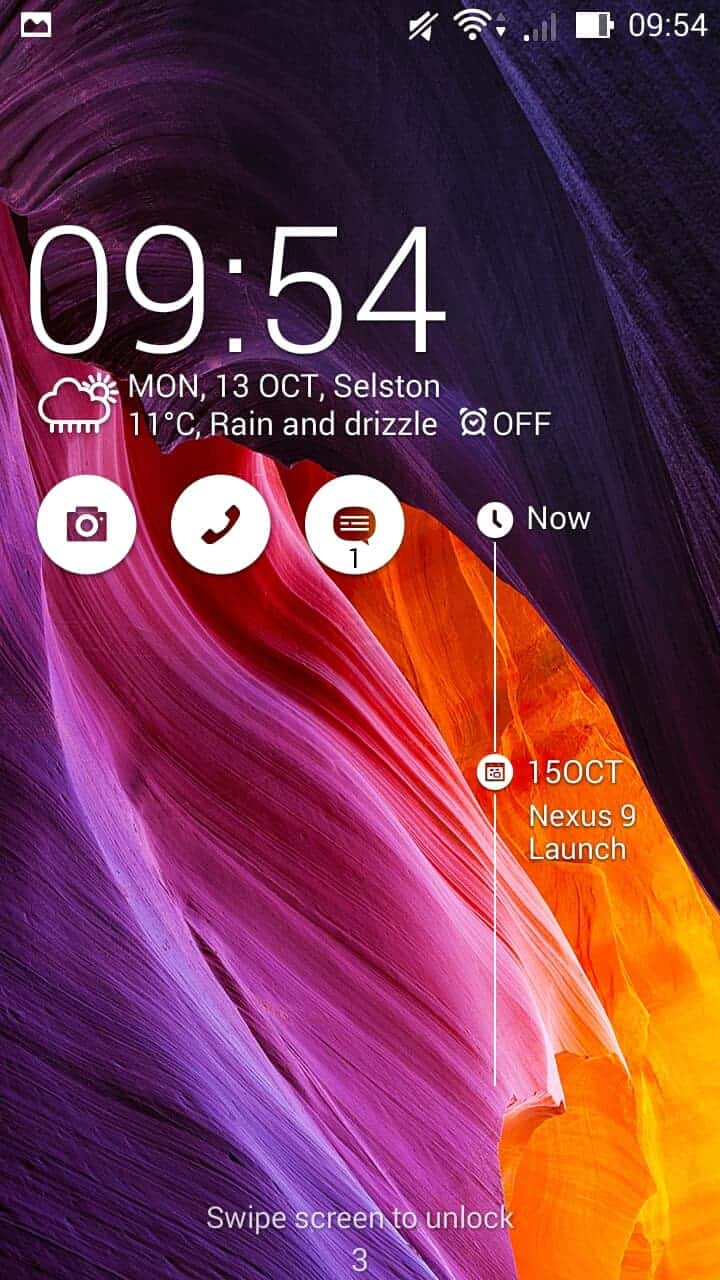 The lockscreen itself is pretty nice, you just swipe any which way you please and you've unlocked your phone. You can also touch one of the three icons and then swipe away from it to unlock to the camera or something similar. Elsewhere, Android has a fresh coat of paint, but acts much the same, like the app drawer and homescreens. There are nice little touches like the ability to change the amount of blur on a wallpaper and the fact that ASUS bundles all their apps into one folder is kinda nice. The settings menu is mercifully the same as it is on anything else, which is more than we can say for the likes of Samsung. Overall, it's a good effort from ASUS, it adds just enough value that stock Android arguably needs to be appealing to the average consumer and ASUS' theme is unique and easy on the eye. More importantly though, it's simple and easy to use.

The notification tray is of particular interest to me, it seems cluttered, but you can easily edit which toggles appear there and you can swipe on the left to get notifications and then the right to get straight to quick toggles. 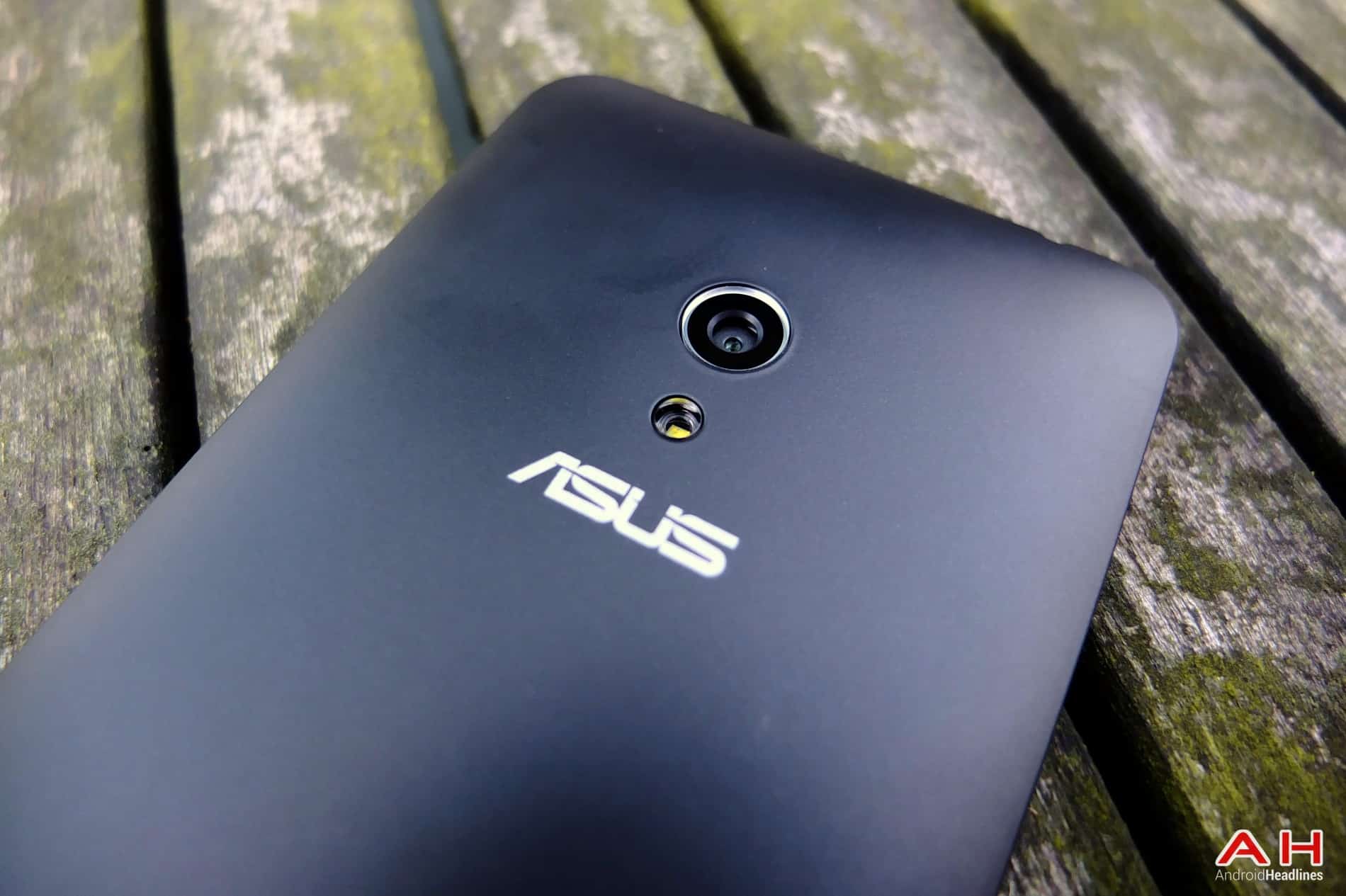 The ZenFone 5 features an 8-megapixel rear-facing camera that's capable of recording 1080p at 30fps and features autofocus and an LED flash. On the software side of things, ASUS' offering is fairly standard, but no means light on features. There's a lot on offer here and more importantly, it's quick and simple to take a photo. If you're worried about missing a piece of the action, you can hold the button to capture a series of shots, which is a nice touch I felt. 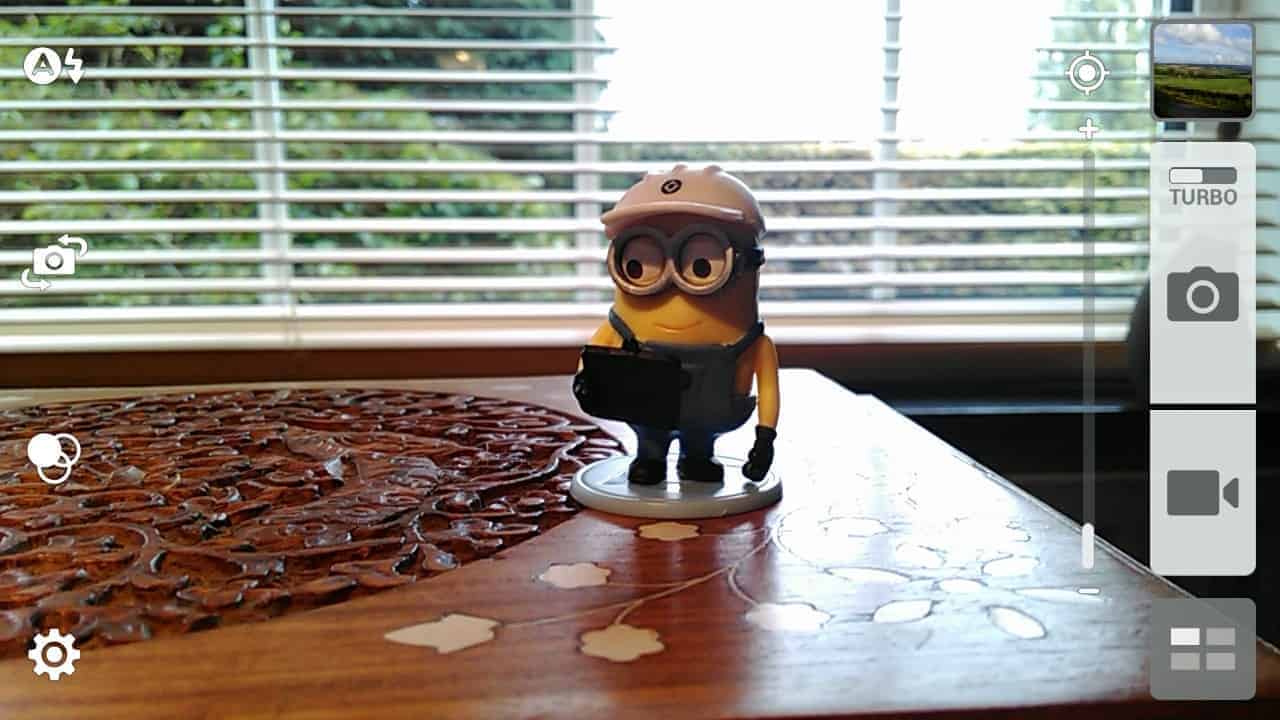 You can change a lot of settings here, but in my experience I felt that ASUS' auto mode did a pretty damn good job of getting the sort of results I wanted from a particular scene. I enjoyed the fact that there was a dedicated button to take a video at any given time, and overall the performance of the camera app itself was pretty good. As for the photos themselves, well, they're about what I'd expect from an 8-megapixel camera at this sort of price point. You can take a look at some samples below, but overall I felt they were more than passable. Sure, the resolution isn't all that high thanks to the 8-megapixel sensor and things can come out looking soft and a little muddled. However, to say the ZenFone 5 costs a third of most other smartphones, this is some respectable performance here and casual shooters on the move won't be disappointed.

This ZenFone 5 is powered by a Snapdragon 400 and 2GB of RAM, instead of the Intel CPU that's found in other ZenFones. We've seen this configuration in a number of other phones and while it's certainly an aging chipset, it still does the job just fine. I was impressed with gaming performance and everyday performance was really snappy, especially considering the low clock of 1.2 Ghz and the Snapdragon 400's aim on power efficiency rather than outright performance. If you're not one that needs the absolute fastest out there, and you're mostly going to be browsing the web and doing general everyday tasks with this, then you'll be very happy with the overall performance.

WiFi and 4G performane are similarly impressive and while I did find that download speeds over WiFI weren't stellar, they were really quite good for this sort of price point. It's a snappy phone overall and ASUS' software on top of Android 4.4.2 KitKat doesn't add any extra weight or slow things down at all. You can color me impressed by the ZenFone 5's performance day-to-day. 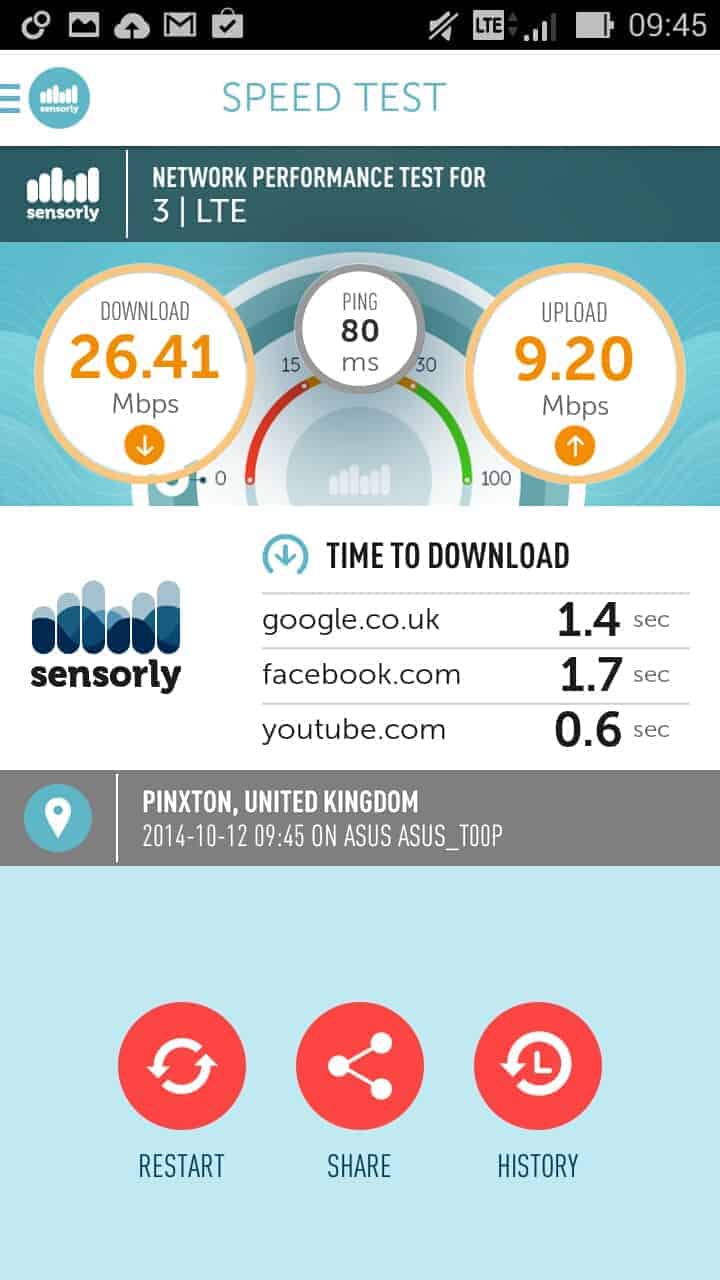 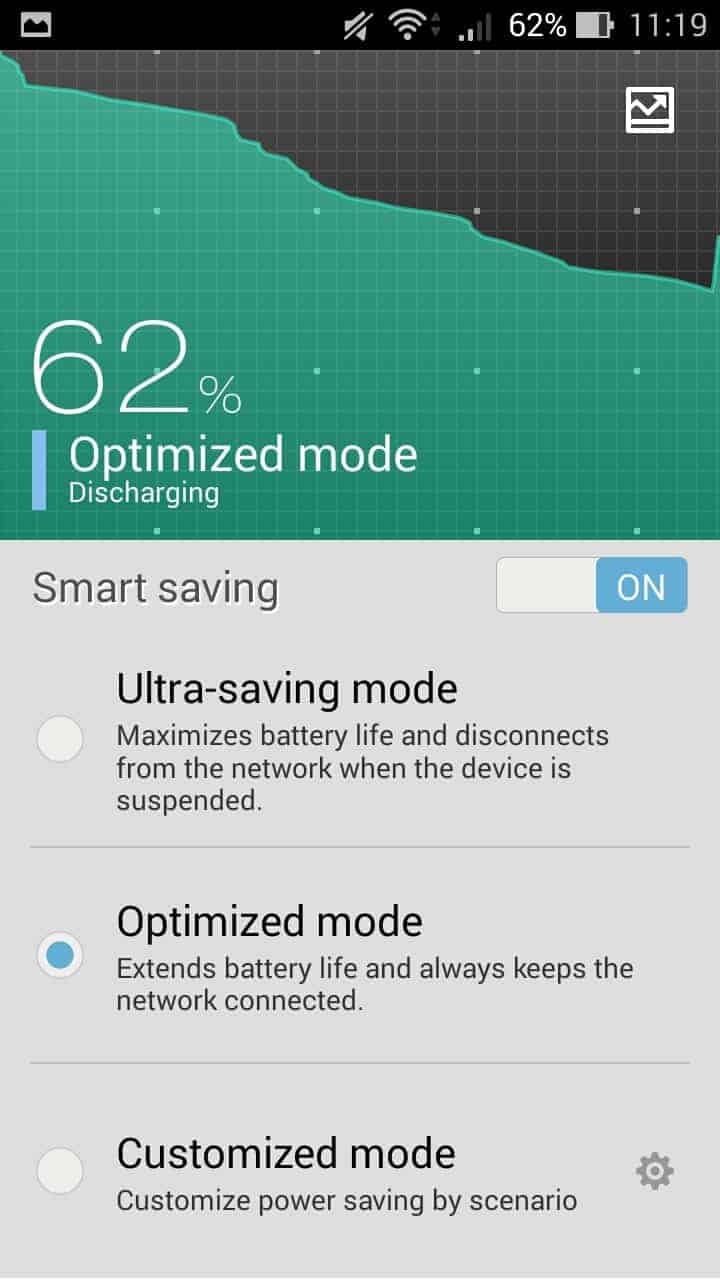 I was pretty impressed with the overall lasting power of the ZenFone 5. This is more than likely down to the Snapdragon 400 and the Cortex A7 cores which are designed to be more efficient than they are powerful. Still, there's little to complain about here. ASUS also do a great job of helping you make the most of that 2,110 mAh Li-Po battery. There's Smart Saving, Ultra Saving and a custom mode that you can tweak to how you like it. Playing games and watching movies, especially over 4G is going to drain your battery considerably, but if you're looking for a phone that can go all day (morning till evening) when in everyday use, then the ZenFone 5 will get the job done. 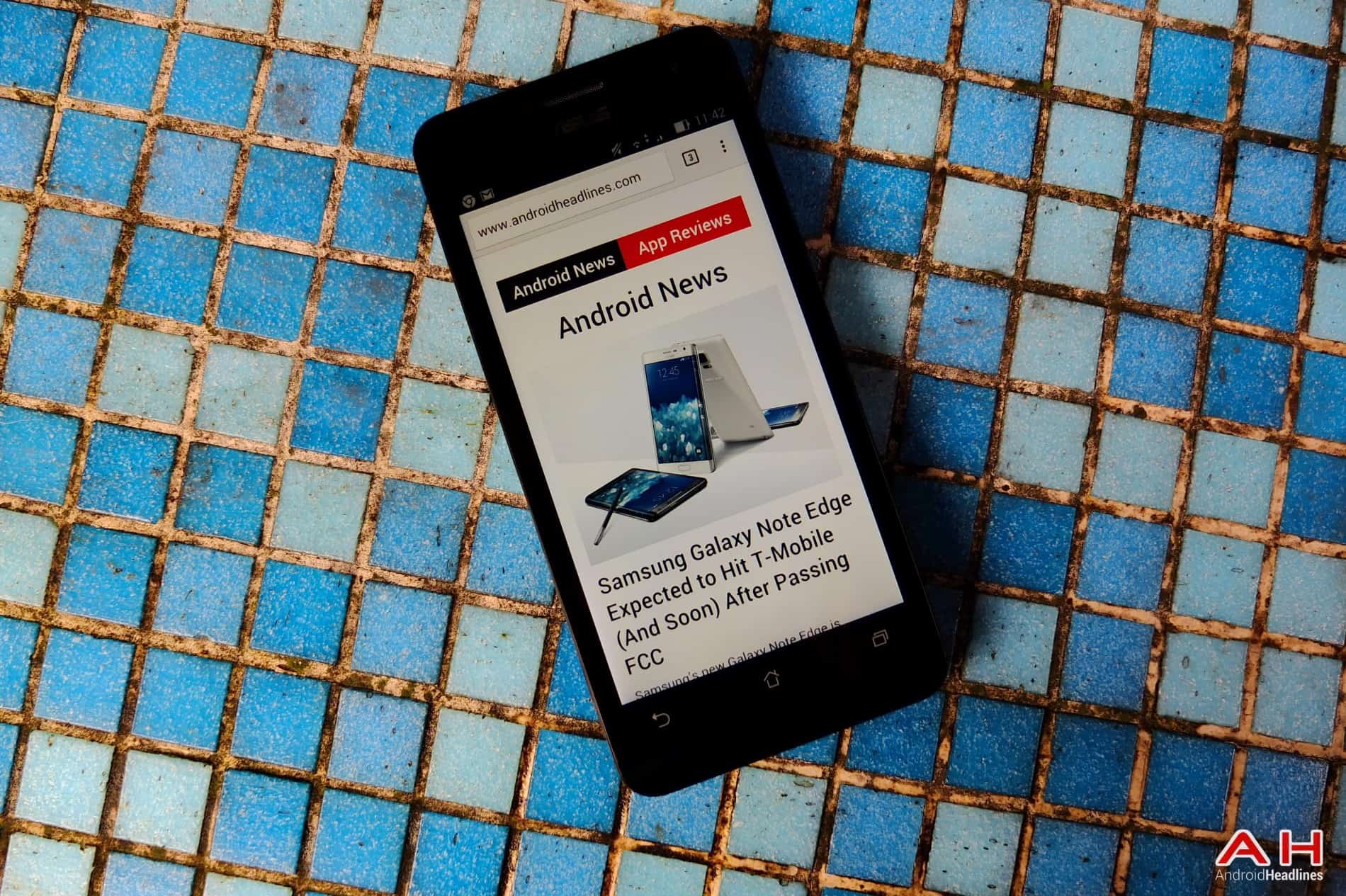 It's harder than you might think to produce a decent budget-minded handset and throughout this review I keep managing the fact that the ZenFone 5 is an affordable device. That's because we need to remember the ZenFone 5 isn't designed to pry that Galaxy S5 or HTC One out of your hands. Rather, it's intended to offer a decent overall experience without costing the earth. That's exactly what ASUS have pulled off here with the ZenFone 5.

It's far from perfect, I wish it were smaller and I'd like to see those onscreen buttons disappear, but as budget-minded handsets go I'm certainly impressed. ASUS' software is colorful and while it seems like it changes a lot about Android, it's more a fresh coat of paint than anything else. What's New is a genuinely helpful feature, especially as it syncs up with your Google Calendar and such. The display has a nice resolution, touch response is great and the overall performance is more than good enough. It's also got some decent design chops as well, it's not flashy but it sure doesn't look 'cheap' by any means.

For a device that costs a fraction of the Xperia Z3, HTC Ones or Galaxy S5s of the world, the ZenFone 5 has more to offer than you might ever need and with 4G included, ASUS have something of a winner on their hands.