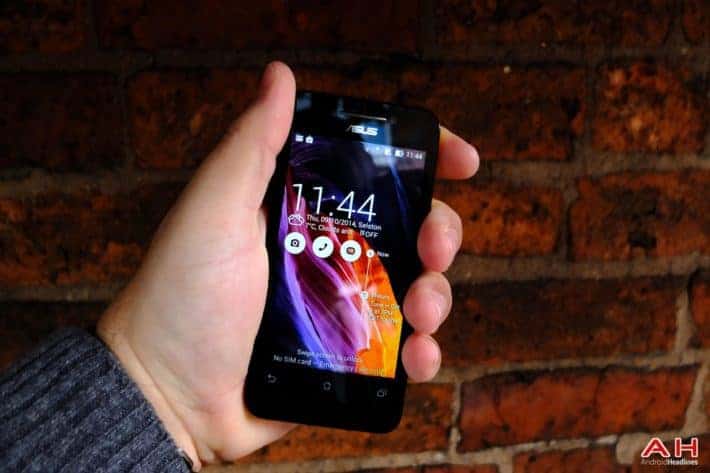 ASUS's ZenFone line is designed to offer something for everyone, and with sizes going from small to questionably-large-for-a-phone it seems that ASUS has achieved just that. The ZenFone 4 is the baby of the bunch at just 4-inches and while it's a chubby little thing, it shares much of the DNA from its bigger brothers and sisters. The question is though is there room for a phone as small as this and does it even perform that well as a budget handset?

There's no getting around it, the ZenFone 4 is a chunky smartphone, then again the only reason devices with larger displays aren't this chunky is because they have more room to spread things out. It is fairly thick at 11mm thick, but it doesn't feel all that cumbersome in your hand. One thing's for sure though, it's refreshing to be able to use a device in one-hand as well as this for a change.

Much like the other ZenFone smartphones, ASUS has gone with a fairly minimal design on the front, save for those pesky hardware buttons, and around back it's a camera and a speaker-hole, that's it. With such a small display, I can see why ASUS went with hardware buttons on the ZenFone 4 and they are pretty responsive. I like the concentric circle design on the bottom bezel as much as I did with the ZenFone 5 and those buttons are just as tactile and easy to find.

While nothing inspiring, the ZenFone 4 doesn't exactly look cheap and you can customize things nice and easily thanks to the swappable back covers. Here we have a yellow version that looks nice and bright, but there are other colors available. A chunky, if otherwise good-looking device, the ZenFone 4 isn't anything stellar, but it's far from being boring, either. 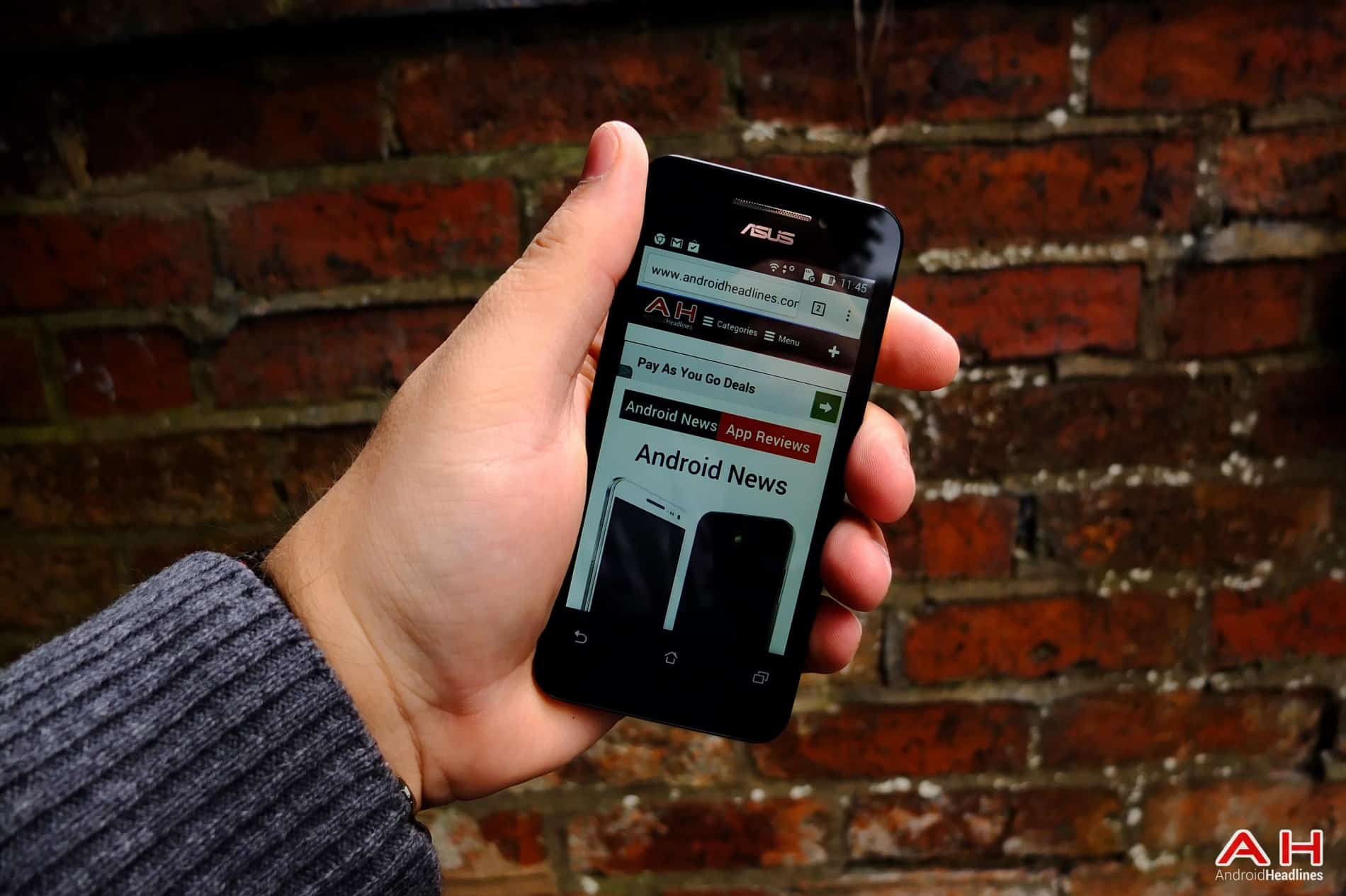 Here's where things start to fall apart. I'm perhaps used to high-resolution displays that are both brighter and bigger, but the ZenFone 4's 4-inch 800 x 480 panel is pretty underwhelming. The colors are nice and rich, but everything appears to be quite dark and cranking the display up to full doesn't add that much to overall experience. Pixels are noticeable and the display seems a long way from the touchscreen, but it's not exactly awful. Viewing angles here aren't great either, with colors changing when you look at the device at an off-angle and there's a strange sort of shimmering that makes blacks look a little washed out. Of course, for a device of this sort of price we can't really ask for much more, but when in use there's nothing to complain about much here. If the device were a few notches brighter and the viewing angles tweaked just a little bit the ZenFone 4's display would be much more of a looker.

If you're desperate for a small display and don't want to spend a lot of a smartphone, this isn't a bad display, just don't go expecting anything special.

Unlike the ZenFone 5, the ZenFone 4 features a 5-megapixel rear-facing camera and sadly, this isn't all that good fun to use. At that sort of resolution, images become very muddy and soft. Just as it is on the ZenFone 5 ASUS' camera software is fairly nice to use and it doesn't take too long for you to actually get your shot, but there are some stutters when it comes to transitions and loading your taken shots up to review. If I'm honest, I was probably expecting a little more from the ZenFone 4, but the camera just isn't all that good. Is it good enough for general snaps that you might not care about too much? That, it can do however, it's not too much more than that. You can take a look at the samples below, and while the ZenFone 4 does an okay job, this isn't something you want to document holidays or other important events with, sadly.

The dual-core Intel Atom Z2520 inside this little guy performs quite admirably, especially in day-to-day sort of tasks. I came across a few pauses or stutters and installing apps, playing games and browsing the web all worked pretty well for something at this price point. I did wish for a little more oomph as certain transitions and animations seemed to stutter a little, with noticeable pauses getting out of an app back to the homescreen and such. WiFi performance was good,though and generally this is a snappy device outside of the aforementioned hiccups here and there. It's not quite in the same league as newer Intel Atom CPUs that feature quad-core processors, but it's a far cry from being slow. For everyday use, and first-time smartphone buyers (where the ZenFone 4 is perfectly aimed) it's more than adequate and will get the job done. 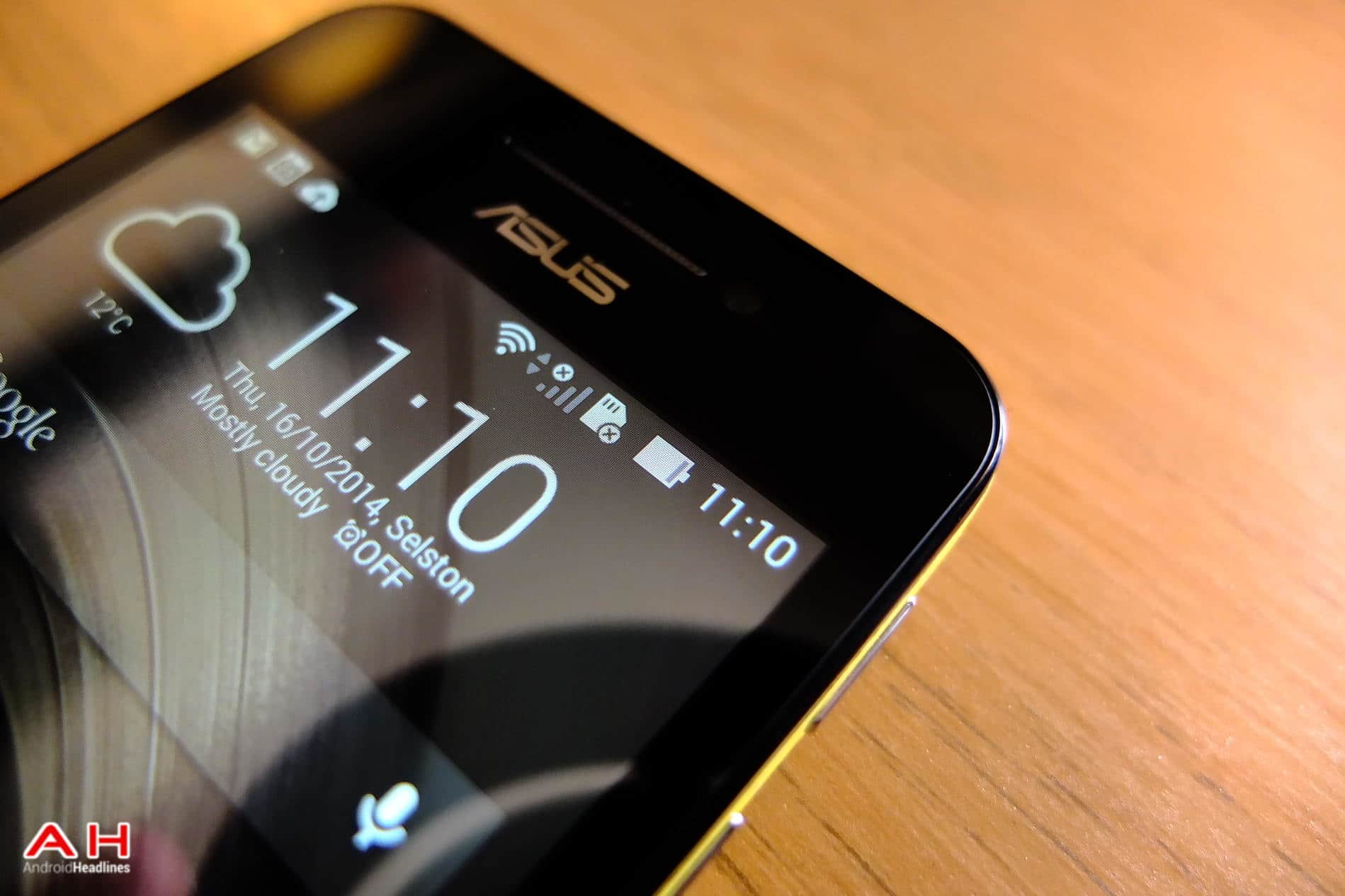 From an unremarkable battery, coming in at just 1,600 mAh comes unremarkable battery life. It all comes down to want you want to do with the ZenFone 4, and what you expect out of it. If you're looking for something to last from morning 'till well into the evening, that's just not going to happen. However, if you're looking for a phone that can happily get through a day of moderate 'everyday' use that will ask you to plug in early evening time, then the ZenFone 4 won't let you down. Having said that, this is not a device that you'd want to go and play games on all day or spend all day chatting away one, you'll quickly find yourself needing to plug in and it's always advisable to bring a charger with you when carrying this little guy around. Of course, we need to remember that the ZenFone 4 is neither designed to be a do-it-all device and for how much ASUS charges for the 4 we can't expect the world, here.

Considering that my time spent with the ZenFone 4 was done so beside its older brother, the ZenFone 5, and that the software on both these devices is practically the same I'm going to redirect you to the ZenFone 5 review. I will say that having similar software builds on all of your devices is a great idea and by doing this ASUS manages to keep a coherent brand identity throughout the ZenFone line. Needless to say, the same features I was fond of in the ZenFone 5 I was also fond of here in this smaller package. 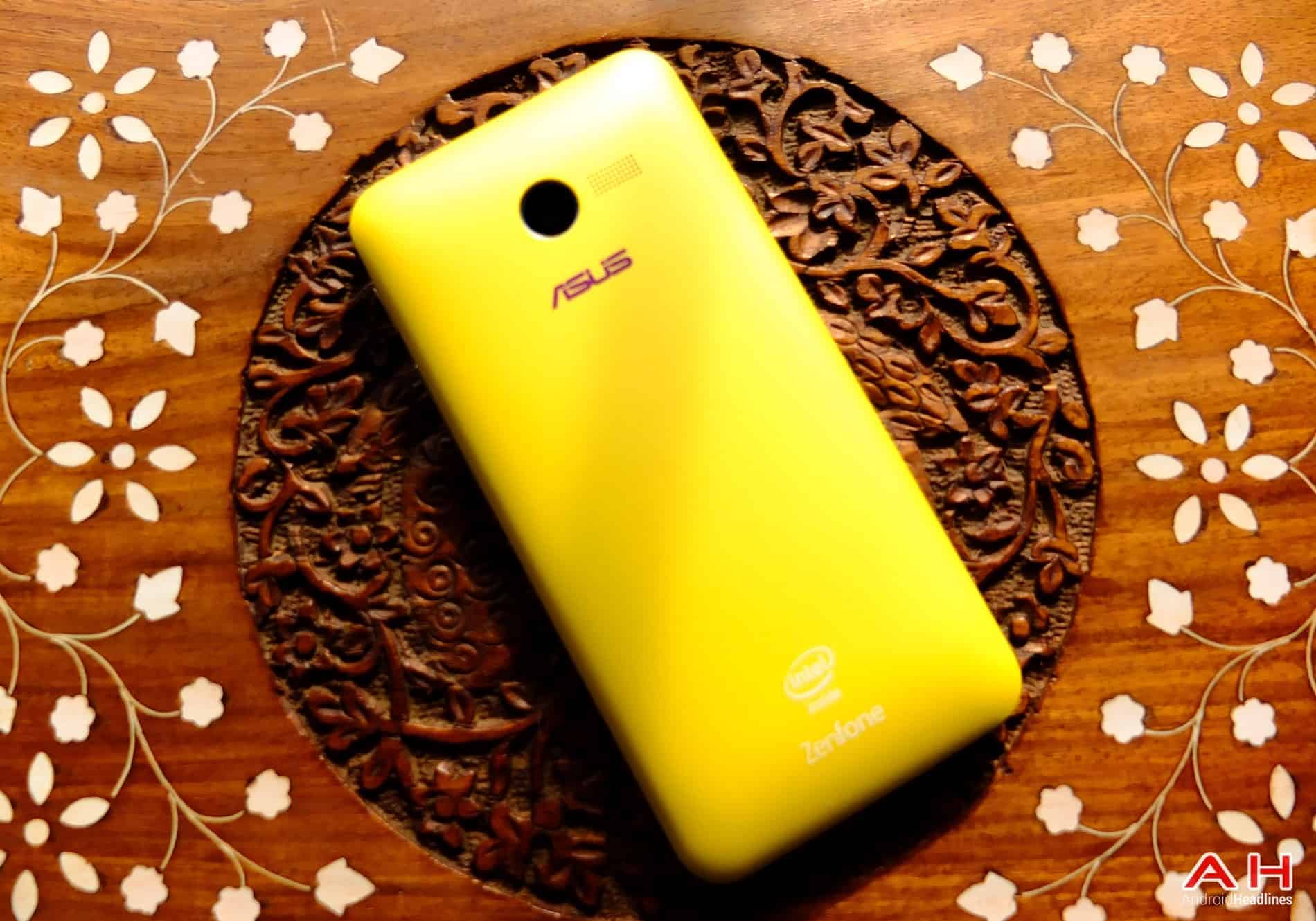 For a device that's extremely affordable, there isn't anything wrong with the ZenFone 4, it's just difficult to recommend. After all, even budget devices are shipping with larger, arguably more useful display nowadays. The display is a little on the dim side and while the resolution is OK I would have liked to see maybe a 4.3-inch qHD panel here. ASUS' software here is just as helpful and easy on the eye as it always has been and it doesn't ruin what makes Android so good in the first place.
Where I see the ZenFone 4 being a good purchase is for those that haven't used a smartphone before or really don't want a large device. First smartphone buyers (of which there are more out there than you think) are often put off by 5-inch and above devices. With this, ASUS offer something enticing and affordable to emerging markets, which is where the ZenFone 4 is doing most of its business. If you're thinking about getting one of these and you're already a smartphone user and big Android fan, then ASUS has another device that's better suited to you, the ZenFone 5 which is now available with 4G LTE.