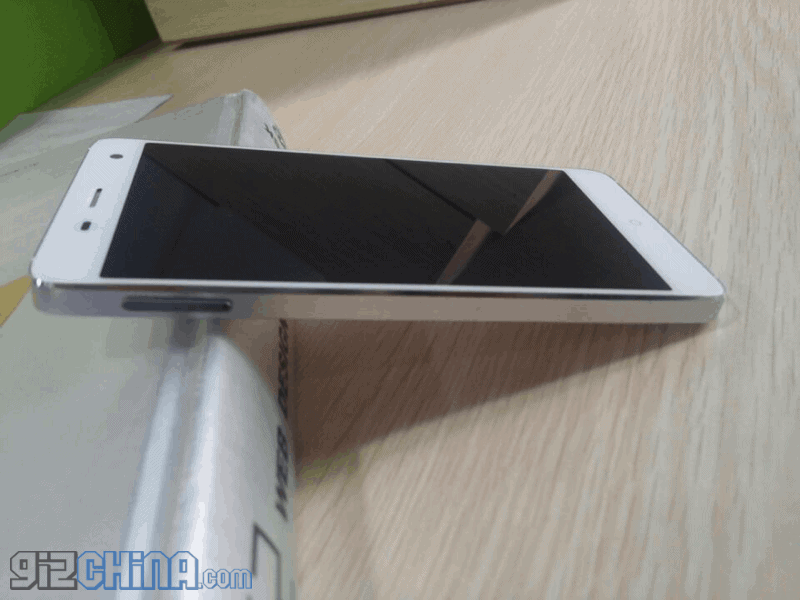 To cut to the chase, we're talking about this new phone which is yet to be released from a Chinese company that goes by the Elephone moniker. It's a lookalike of another phone (read: Xiaomi Mi 4), which in itself if accused to be an imitation of… the Apple iPhone 6. There's been some fuss over this already, so let me skip the details and get to the point. While the Xiaomi Mi 4 makes a bit of an effort to stand apart from the iPhone 6 (the biggest advantage is its OS), the Elephone P4000 does nothing of this sort and is a blatant imitation of the Mi 4. Stealing from a thief's house doesn't make you a thief, is what Elephone believes in, apparently.

Anyway, pictures of the Elephone P4000 just leaked, showing what we already had in mind. From the pictures it looks like a 1 : 1 copy of the Mi 4, but we're lost for scale in pictures so we'll reserve our judgement for later. However, under the hood, the P4000 is certainly second to the Mi 4. For starters, it comes with a 5-inch 720p display, whereas the Mi 4 has a stunningly beautiful 1080p panel sourced from JDI. Besides that, the P4000 also falls short of the 3 GB RAM that the Mi 4 packs, along with 8 GB of on-board storage compared to 16 / 64 GB of the Mi 4. Since it has only 8 GB of storage, it would also be fair to assume that the P4000 will have a MicroSD slot for expansion of storage, something which the Mi 4 lacks. Lastly, it'll have the popular octa-core MediaTek MT6592 SoC, which definitely loses out on performance to the Qualcomm Snapdragon 801 that the Mi 4 employs.

Moving on to what matters more than anything else, the P4000 is expected to cost about half of what the Mi 4 sells for, at just US$160. It'll be restricted to Chinese shores only, so if this knock-off does catch your fancy, be ready to pay up to a Chinese re-seller to have the device shipped to you.