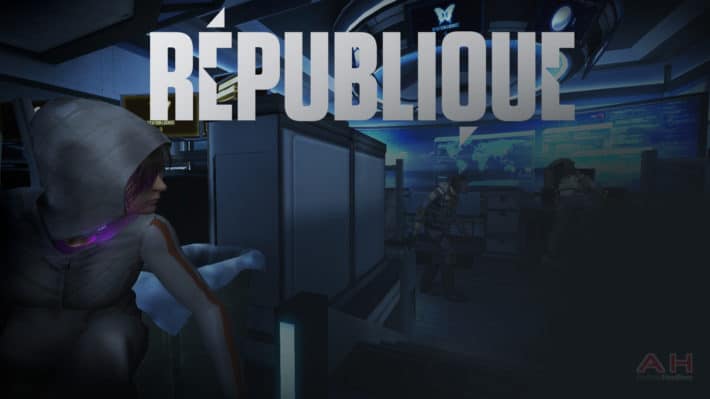 Mobile games are closing the gap between console quality gaming faster and faster these days, and Republique is a testament to this. The popular hit title on iOS has finally made its way to Android today, with the first three episodes of the game hitting the Play Store, starting with the first Episode for $2.99. Republique is a stealth action game with deep stories and tons of stealth action, puzzles to solve and other interesting elements that make it a truly unique game . Republique is as simple to play as it is engaging. With simple one touch controls you won't have to worry about always having your fingers on screen to maneuver around using things like a virtual D-Pad. Each choice you make could have a strategic adverse effect, so make your choices wisely.

While the game is available for a few bucks for Episode 1, there are available extras like innovative developer commentary which can be purchased in-app for a unique play experience, as well as Episodes 2 and 3 which are available for purchase in app, and you can also purchase the season pass for $14.99 which gets you all five episodes, once episodes 4 and 5 are released. The story in Republique sees you(an unknown and unseen entity)helping out an imprisoned young girl named Hope who is being held in a high security facility in a city that is in a complete totalitarian state. The game begins with Hope contacting you asking for help, and you hack into the system to guide her out of harms way and help her escape.

In Repbulique you'll have to hack into the systems cameras so you can see every angle, and every element that could pose a threat to Hope. She can't see what's going on so you'll have to guide her around corners at just the right time, and make sure she avoids guards and other dangers in a completely stealth manner. The game is supported in six different languages including English, Russian, Spanish, French, German, and Portuguese. The graphics are stunning to say the least, and gameplay is as fast paced as you need it to be, making it easy to pick up and play even in short bursts. If you like stealth action type games than give Republique a try, you won't be disappointed. As we mentioned above, you can pick up Republique on the Play Store for $2.99, however it's also available on Amazon for $1.99, or 199 coins, so you can save a little money on a great game.