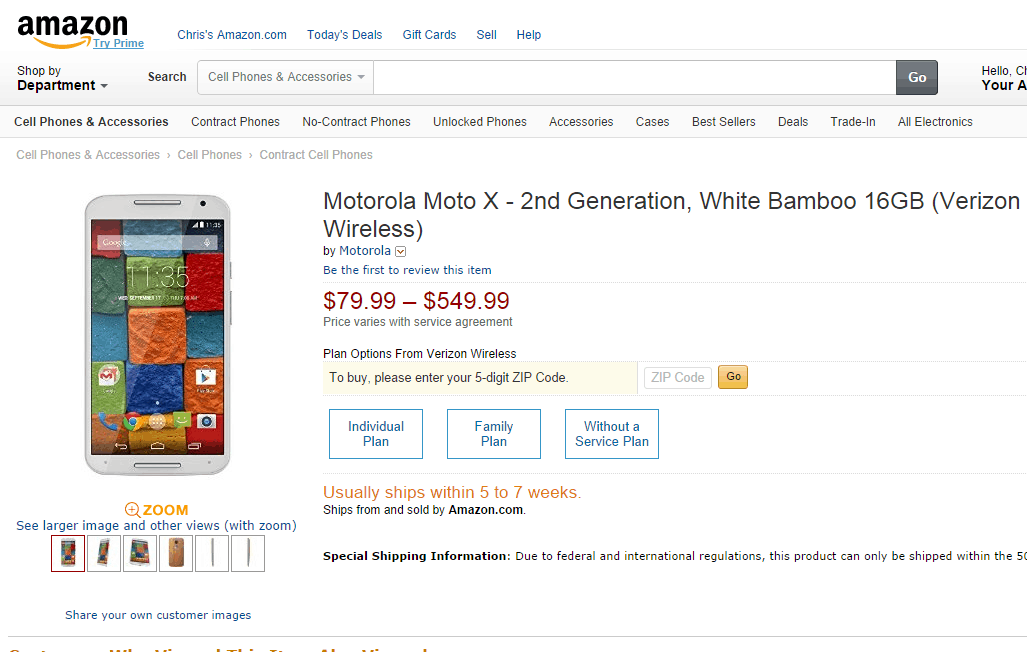 The Moto X 2nd Gen hasn't been as hard to get a hold of as the Moto 360 smartwatch, but thanks to these deals that have popped up on Amazon you can now pick up the device through Verizon Wireless or AT&T for what appears to be the best pricing we've seen for the phone so far since it launched. There are some stipulations of course, the deals only apply to a few different colors, it's only on the Verizon and AT&T models, and you're required to sign a 2-year contract to get the pricing listed.

If that sounds OK to you then you might want to take a look. Both carriers are having a deal with the two year contract signing for the White Bamboo model and the Black Resin model of the device, and if you're a subscriber of AT&T there's also a deal on the Black Leather model. For AT&T, you can sign up for another 2 years and pick up the Black Resin model for just $49.99, and you'll find that same price if you pick it up with Verizon. That's where the similarities for pricing end between the two, as AT&T is offering the White and Bamboo model for $69.99 while Verizon's is $10 more at a price of $79.99, that's still a nice little savings from the original cost though. With the Black Leather model the deal pricing isn't even offered through Verizon, but AT&T has it for the same price as the Bamboo model which again is $69.99. It should be noted that all of these models offered in the deal are the devices with 16GB of on board storage space and not the 32GB models. If you're interested in grabbing the new Moto X and wanted to save a little money, you can find the Amazon links to the device pages below.