In the chart below we compared the Apple iPad Air 2 to the Apple iPad Mini 3, to the Google Nexus 9, Google Nexus 7 (2013) and the Samsung Galaxy Tab S 10.5. We chose the Galaxy Tab S 10.5 because we felt it was Samsung’s true flagship tablet as it does have that high 2560×1600 resolution and it is an AMOLED display. As you can see the resolution on the Nexus 9 is the exact same as the iPad Air 2 and the iPad Mini 3, however the Nexus 9 PPI will be right in the middle of both of those iPads, due to the size. Apple never mentions the size of the battery – that usually comes out in iFixit teardowns shortly after orders ship out – but Apple did say it maintains that 10 hours of battery life. Which on my iPad Air, it does way more than 10 hours.

So feel free to check out the chart below and see how Apple’s new iPads really stack up, at least on the hardware side. And let us know in the comments below if you’re interested in picking up a new iPad from Apple. We won’t judge – at least I won’t since I do own an iPad Air. 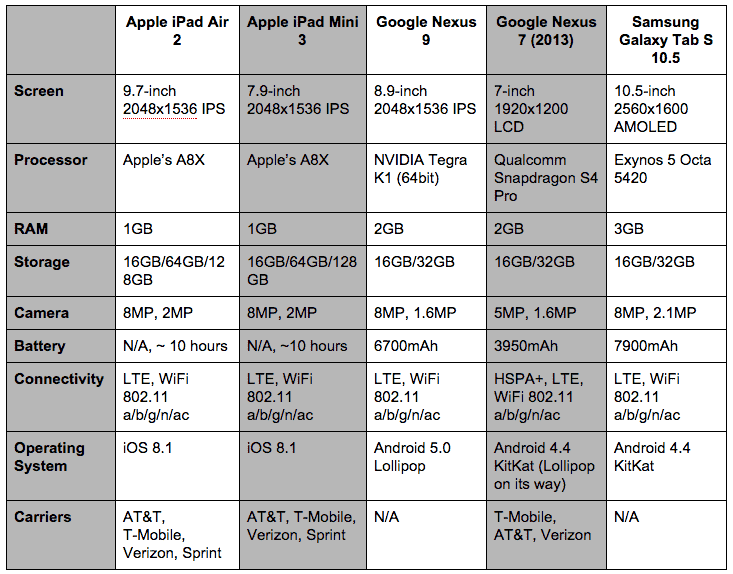