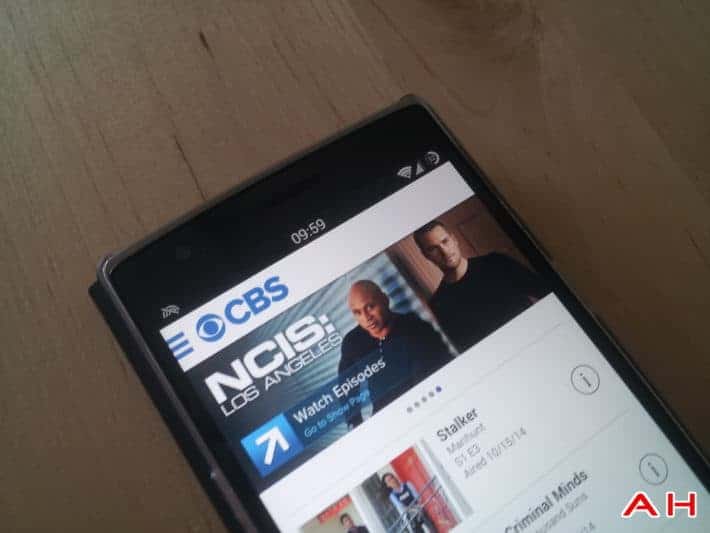 The times are a changing and certainly if you are a TV show fan, provider or creator. The internet over the years has changed the landscape of many industries and TV/movies are no different. With the apparent unstoppable rise of streaming companies like Netflix cable providers need to find their own ways to embrace the change before they get firmly left behind in the analogue world.

CBS are no different. Today the cable broadcaster has launched a new subscription service for customers who want a 'stream only' service. As a result, customers won't need to have an active subscription anymore to take advantage of CBS programming. Instead, for a small monthly fee ($5.99) CBS All Access customers will be able to stream all the CBS content over the internet. Sweet huh! Well it's not all plain sailing. For instance, if you are an NFL fan then unfortunately this will not be part of the All Access deal (of course). Instead, the channel seems to be in talks with the NFL to deliver the content separately. Also, the All Access service will only be available initially in 14 markets. These markets include LA, New York, Chicago, Philadelphia, Dallas and San Francisco. The service will be available outside of these 14 prime markets although for the other markets there will be a 24 hour delay between when shows are shown on cable and via the streaming service. In addition to the new material it is expected there will also be a back catalogue of roughly 5000 episodes of 'CBS Classic' TV shows. CBS also note that All Access will also offer full past seasons of eight major current series (the examples they list include The Good Wife, Blue Bloods and Survivor). According to Leslie Moonves (President and CEO, CBS Corporation). "CBS All Access is another key step in the Company's long-standing strategy of monetizing our local and national content, in the ways that viewers want it".

For those interested the All Access subscription begins today and can be subscribed to by CBS.com and there also is an Android App available for download so you can watch your favourite shows on-the-go. According to the sign-up page the service is currently available on a one-week free trial so I guess no matter what it is worth giving it a go. You never know it might just save you on your cable subscription. Will you be trying the new service? How do you feel about A La Carte programming or is Netflix simply too good for the money? Whatever your thoughts, share them.