With every recent new Nexus launch, there has followed a day or at least a few hours when the Google Play Store has crashed because several million people are trying to log in to preorder their new Nexus hardware. And this year it seems that Google have recognized this and have given us some new toys to help keep us busy during (as I write) the next forty eight hours. You see, alongside the excitement surrounding the new Nexus smartphone (phablet, perhaps) and tablet, oh and the new version of Android now being confirmed as 5.0 Lolipop, Google has also updated Androidify. If you're unfamiliar with Androidify, this little application allows you to produce caricatures using our favourite familiar green robot dude. The application update has lots of new accessories, items of clothing and styles, including what looks suspiciously like the new Nexus 6 and Nexus 9. (Ed, I'll make it relevant, I promise!). Perhaps more importantly, there are a stack of new animations. You can now make your Androidified-self dance, laugh, cheer, rock out and fall asleep. To my disappointment, there's no coffee slurping animation, but we can't have everything, right!

Google have also bolstered the sharing features of the application, so now you can animate your chosen Androidified character and send this via text message, Hangouts, email or Gmail, or animated GIF. It's great to see more and more applications joining the animated GIF party as this is a universal standard that means you can share your images with unenlightened smartphone owners using alternative platforms to Android. We can also use a global Androidify Gallery, where our creations are on display for anybody and everybody in the world. Google will use a select few of these for advertisements across the world.

Check out the update on the Google Play Store here; the application is available in English, Japanese, Korean, French and German. and have a look at the features as you wait for the 17 October, when you'll be able to preorder your new Nexus devices. Or you'll be able to watch as the Google Play Store crashes when you're trying to preorder your Nexus devices! 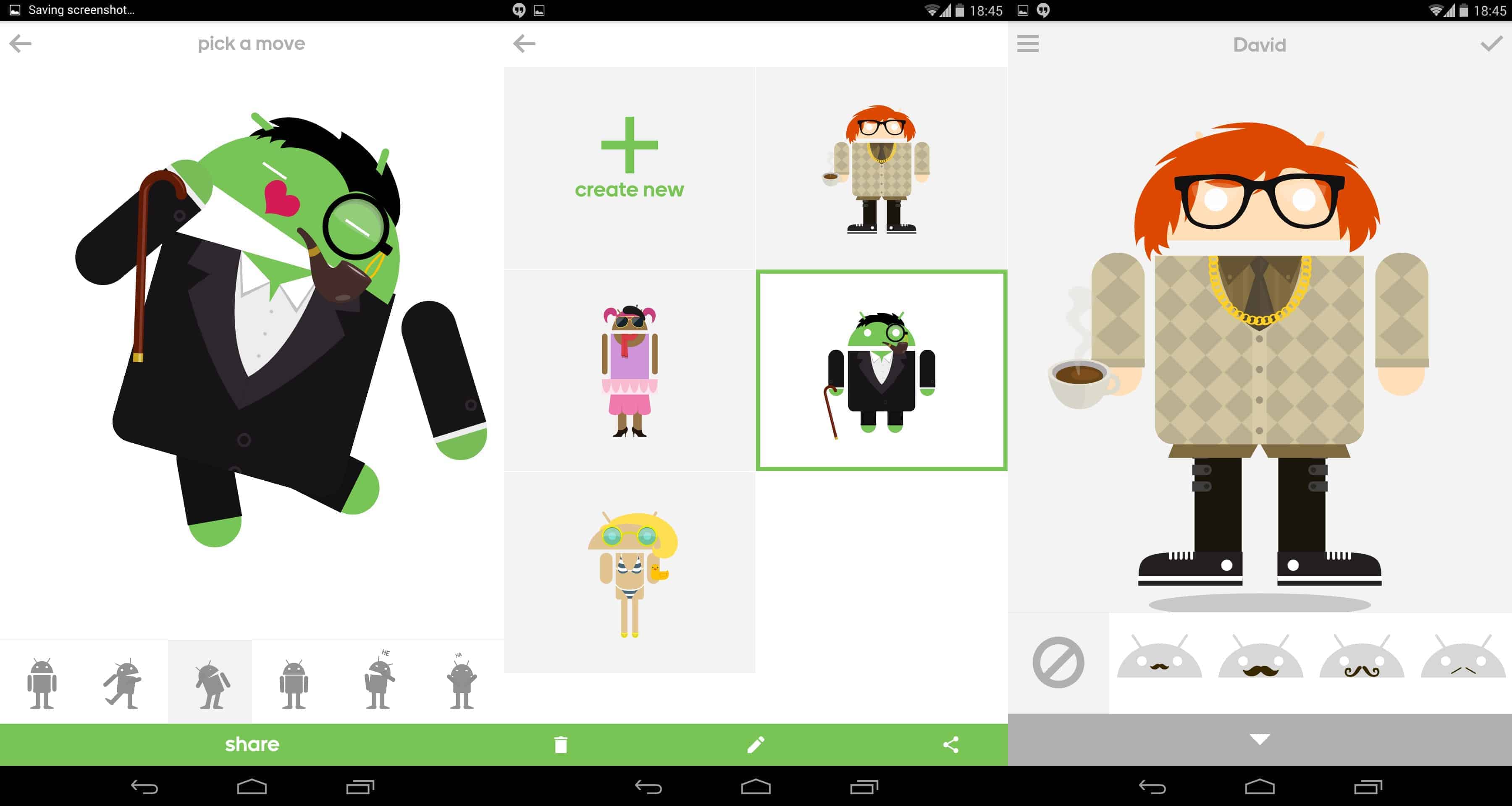