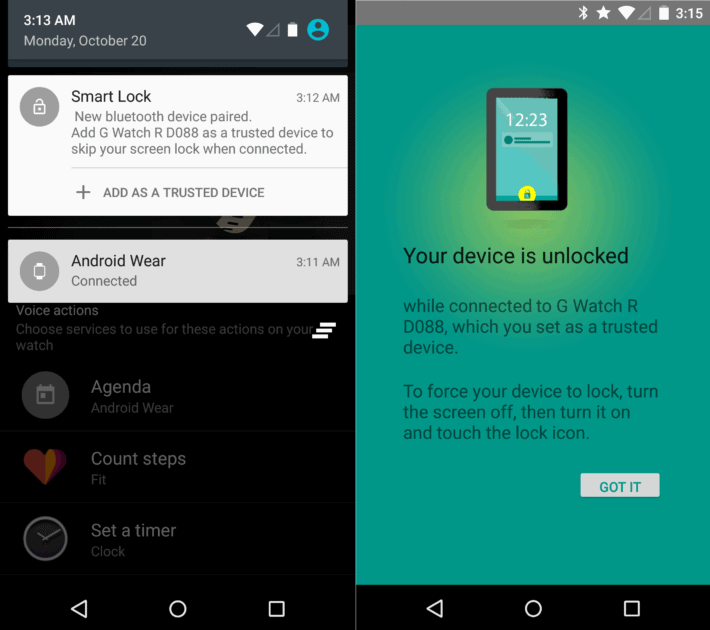 Device locks can be rather annoying and especially if like me you have your device set to 'screen off' after thirty seconds. As such a number of people forego the pin/pattern lock completely. However, the lock feature is also rather important. With devices constantly knowing (and containing) more information about you the locking feature is becoming more and more essential. As a result, it is not surprising that many companies are working on this issue specifically with the aim to somehow incorporate the security of the locking mechanisms without the hassle of having to actually lock the device.

Awhile back we saw the introduction of digital tattoos for the Moto X. These digital tattoos (plastic worn on the arm) allowed owners to constantly have their phone unlocked when the digital tattoo (plastic) was in close proximity. Although this was originally only available for the Moto X, earlier this month we saw the technology by VivaLnk roll out for all smartphones. Since then we also saw Motorola introduce its Trusted Devices feature which allowed a Moto 360 (or other Android Wear device) to be used in the similar way to the digital tattoo. Once you program the watch as a trusted device then when it is in proximity of the device it would remain unlocked. Walk away and the device would lock again ensuring your privacy. Sounds good? Well back at Google I/O event we also heard the news that Android L would come with this feature although it was not part of the original L preview.

Well now the final image of Lollipop is nearing we can report that the feature has now been included in the most recent image release. The feature dubbed Smart Lock works in an identical manner to the Motorola feature. You can program any Bluetooth device to be a trusted device and when it the pre-set proximity the device will remain unlocked allowing users to simply swipe to use. Walk away and the device reverts back to locked with the need of the pin/pattern to unlock again ensuring you are protected. However, different to the Motorola version Lollipop's offering won't inundate you with constant trusted device notifications. Furthermore, it seems extremely easy to setup on Lollipop. As soon as you add a Bluetooth device to your Lollipop running device it will automatically ask you if you want to make this a 'trusted device' which if paired will automatically activate the feature. It's also worth noting that this gesture can also be enabled via NFC although compared to Bluetooth does require set-up through the settings. Whichever way you choose to use the feature it does seem rather well incorporated and will make users lives a little bit easier with their devices protected when they are separated and open when nearby? Do you like this feature? Will you be using it? Let us know