A short while ago I was telling you about the new recents menu for Android 5.0 Lollipop in where the recents listing has changed and also the Google Search bar has been added. Ready for some more new (and updated) Lollipop features? Of course you are. Well, this time its backups and restores that seem to be getting the 5.0 treatment and this one is a real sweet upgrade. We all know how tedious and awkward it is to backup and restore to the same device let alone across devices (from your old one to your new one). If you are like me than half the time you don’t bother restoring the apps and data and simply just hit up Play, reinstall fresh apps and start again. Well, to be honest if you are like me than you are rooted and nandroids + Titanium backup does the hard work. That said, Google have almost reinvented the backing-up process with Lollipop and certainly has significantly improved the ease of the process.

Without going into two much detail Android 5.0 incorporates two ways to backup. The first is super sweet and this is using Near Field Communication (NFC). Using this feature you can literally backup, send across and restore app, profile and data from your old device to your new device simply by touching them together. Told you it was sweet right? The second method for those who live in the stone age (circa 2009) and don’t have NFC then no problem. The alternative method is to simply backup via Google itself. On Lollipop Google allows for your device to pull all the apps and their data straight from your Google backup. What’s more is you don’t have to backup everything and can simply select (or deselect) the apps and data you want back (basically like Titanium). This makes the whole process much easier and quicker and will accommodate those who are backing up from a phone to a tablet and don’t want the phone apps carrying over. Nice huh!

Want more sweet Lollipop backup features? OK. Not only is the whole process super easy but now when you are installing/reinstalling apps you no longer have to keep hitting the navigation panel to check its progress. Once apps (and presumably data) are being installed Google sends the appropriate icon to your homescreen (as normal) but this time it’s greyed out. So basically while an app is downloading it appears grey and once it is installed and ready-to-go it reverts to its normal colour. This way you can clearly see whether the app is installed or still in progress. So what do you think? Do you like the new backup options and the grey feature? How is Lollipop sounding so far? As always hit us up and leave a comment either below or on Google+. 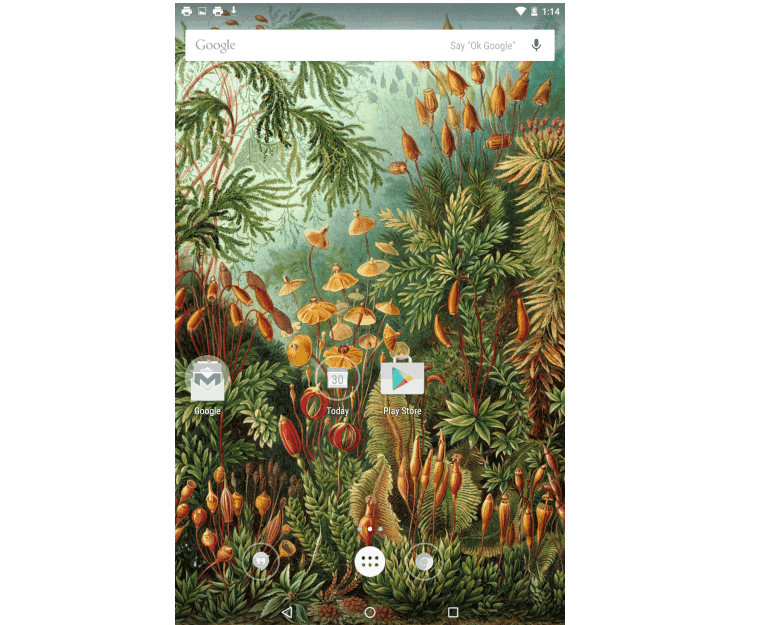