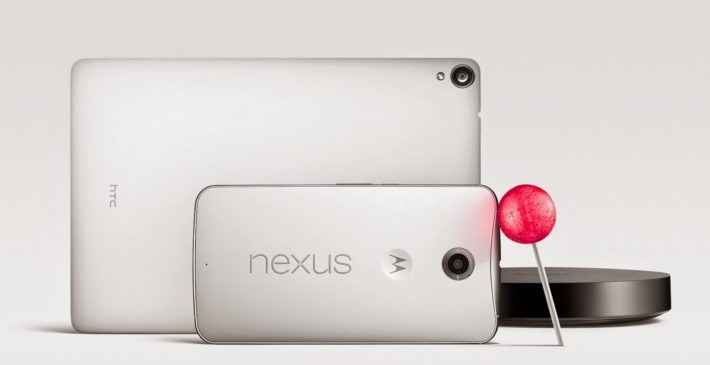 For the longest time people have associated the Nexus lineup of devices with lower prices and slightly better than mid-grade hardware, with decent performance due to the always stock pure Android experience. There's nothing wrong with the way the Nexus phones and tablets were before, they provided some great user experiences and were built decent and always performed well even when going up against more expensive devices with better specs. The funny thing is that no matter how good the specs and performance were for the Nexus devices of year's past, users have always been asking for more. A better camera, a more powerful processor, more RAM, better displays. Google has done well to meet in the middle by producing the best devices they could while still keeping the devices priced at a fairly reasonable cost.

To that end, Nexus phones and tablets have been pretty successful but nowhere near as successful as some of the top flagships. Even with the price that was almost $200 or $300 less than those devices, many people still yearned for something that came with more premium specs, even if it meant paying more out of pocket. Perhaps this is due to the fact that pure Android hasn't been able to deliver some of what the mass mainstream consumer has been looking for when it comes to certain aspects of the UI, like a camera that takes amazing shots, although this requires more than a camera app with great software, like better sensors. This time around, Google seems to have listened to what consumers wanted and have gone all out on producing a smartphone and tablet with top of the line hardware, like a Qualcomm Snapdragon 805 processor or the Nvidia Tegra K1 64-bit Dual-Core Denver CPU, more storage to start with, and more RAM and presumably better battery life, not to mention the water resistant outer coating on the Nexus 6

Take all of these attributes and the Nexus 6 and Nexus seem like rather enticing products that will be able to outperform plenty of flagship handsets or tablets. More powerful specs is something that many people will claim doesn't matter to them, but when you get right down to it the flagship devices that have top of the line specs usually end up as the best sellers. Part of this is marketing, but it's also in part due to the nature of wanting more out of our devices that we use on a daily basis. The perhaps unfortunate side effect of it all is that top tier hardware comes at a top tier cost. Since we've been so used to paying lower prices for Nexus phones for years, it would seem at first that many users and Nexus fans may not be keen on paying more than what they're used to, but when it comes to something that you really want, price tends to go right out the window. If people find value in the device that they're buying, ultimately price will not be a factor and they'll find a way to get around the mental block of paying a higher price than they were hoping for or expecting.

It may seem crazy but that's how it works. People will pay any price for something they find value in, and as high powered device users we find value in phones that can perform and run the most taxing of applications, take the best images, and produce the best battery life so we can use our devices all day. The higher cost may seem like it will turn more users off, but you can't ignore the blatant truth that this year's Nexus lineup is exceedingly powerful and shows great promise at competing against the most high end devices from other OEMs. In the end, that is all that will really matter to many people and although the Nexus 6 and the Nexus 9 cost hundreds more than earlier versions, it's a price that people will gladly pay for something that will likely last due to seemingly great build materials and hardware that is somewhat future proofed, which, will more than likely end up in the sale of more devices. The Nexus isn't just about a great experience for a reasonable cost any more. It's now about the best experience with hardware that will be tough to beat.