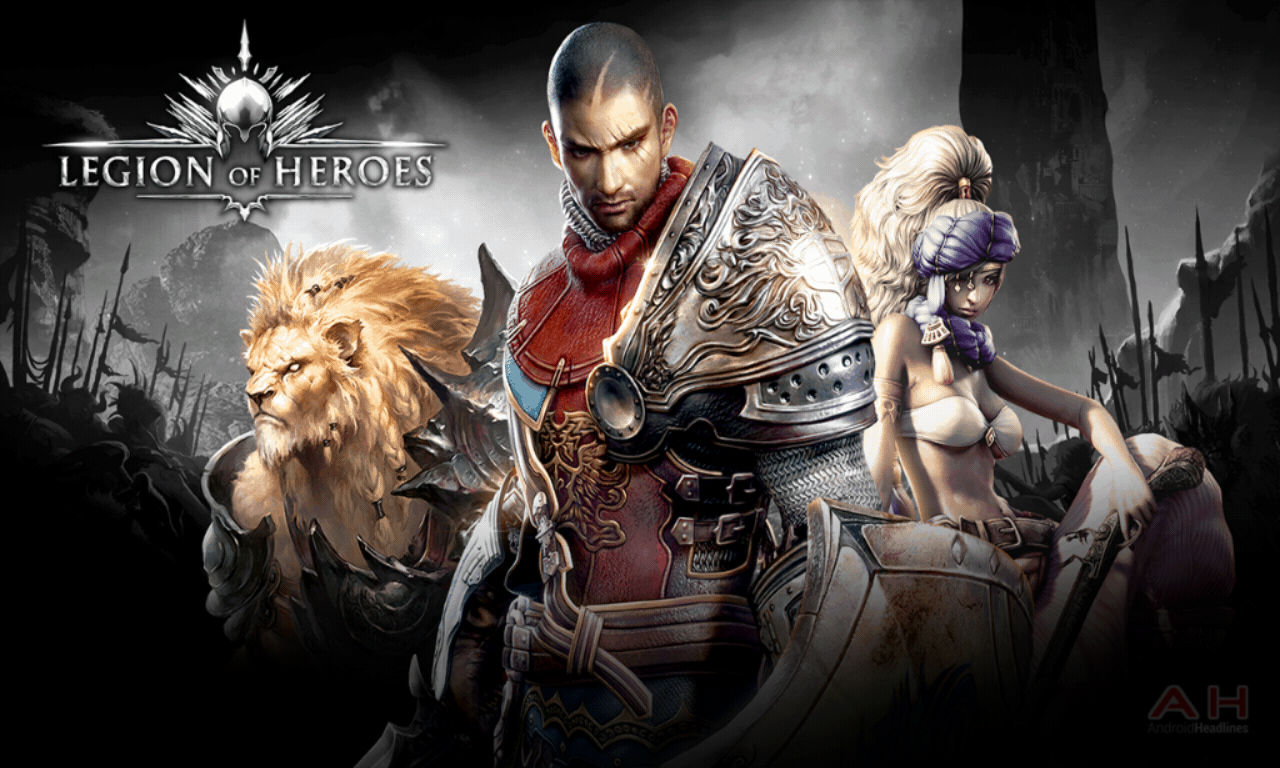 Finding a great MMO game on mobile can be difficult. There isn't exactly a shortage of MMO type games for Android, but you'd be hard pressed to find a great MMO title, one that really brings in some amazing gameplay. Up until now one of the best ones was arguably Order and Chaos Online from Gameloft, but even then it's just a really close mobile copy of World of Warcraft. It's a good game, but if I wanted to play to World of Warcraft I would just play World of Warcraft. Darkness Reborn from Gamevil will be a nice break away from the norm once it's released in November, but until then what's an MMO lover to do if they want some MMO action while on the go?

Enter Legion of Heroes, the recently released MMORPG from NEXON M Inc. The best thing about Legion of Heroes is it's unique and fresh take on the MMO genre. The important elements are there. You have PvP battles, questing, leveling up with XP and there is tons of gear and upgrades to be had. Where it really stands out is its fresh take on the combat system. When you enter into a battle, combat is handled in a turn based strategy/tactical RPG like feel, also similar to the way JRPG's offer up combat with a player turn and enemy turn. Instead of like the traditional MMO where combat movement is free, players and enemies are placed on a grid and attacks or defenses are executed in turns. It's different, fun, and overall it brings something new to the world of the MMO.

Legion of Heroes as I stated above also features PvP battles, which can be as massive as putting 45 players from each opposing side up against each other. There is a huge epic fantasy world to explore, with familiar movement controls using a virtual D-Pad like you might find in other MMO games, or you can move by tapping on the screen in the direction you want to go. You can also collect heroes to aid you in your fight, which can be picked up by hiring them using hire tickets that are acquired in game from quest rewards, drops etc. Of course there's also Dungeons, something no MMO should be without, and you can even form or join guilds for taking on higher difficulty challenges. For those who enjoy it, there's Google Play Games services tied to the game too. There are four different character classes to choose from at this point in the game when you begin, with a warrior, a mage, a gladiator, and an archer/hunter type class. The game even has a certain level of immersive engagement and production value with epic music and what so far appears to be a pretty in depth story line, which really kind of elevates the game quite a bit. Legion of Heroes is free to play, and if you're looking to give the game a try you can pick up the download from the Play Store link here.