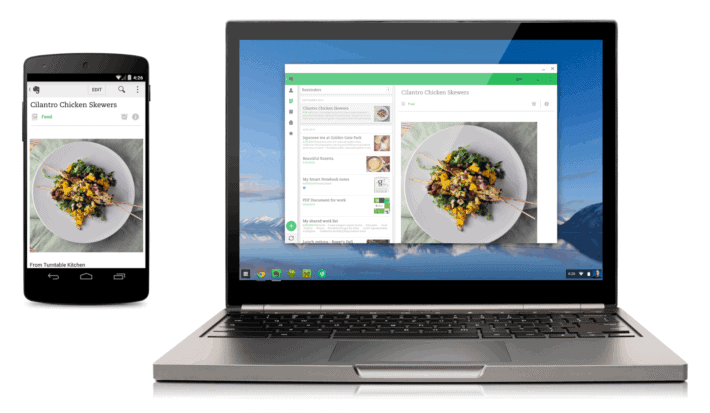 Android Silver is dead.  Yes, Silver, not the Nexus program, is dead in the water and being put under Google's rug.  But that doesn't mean the end of Android innovation.  It means the opposite, actually.  Google now has its previous free-reign to innovate and grow Android for the sake of Android, and it can do what it originally planned with it, too.  What was the plan, though?

Remember back to Google I/O, when the announcement was given that Android app developers could add a little bit of code and their apps could be installed on a device running Chrome OS.  That is the goal, it seems anyway, with Google now that Silver has been supposedly killed off.  The goal of unification seems odd for Google, especially since they make their money in advertisements and Search.  But it's not a unique goal among mobile OS makers, it seems.

With the launch of Mac OS X, Yosemite, and iOS 8, Apple allowed a functionality that connected a user's iPhone to their Mac or Macbook so they can make and receive phone calls, as well as reply to text messages to their iPhone on their computer.  This seamless integration is what Google has taken steps toward with the integration of Google Voice into Hangouts, and allowing users to sync their entire set of data (music, documents, bookmarks, etc.) across anything with Android and Chrome installed.

Now, it seems that Google is aiming to have a different but just-as-useful (if not more useful, honestly) integration between Chrome and Android.  The move to allow installation of Android apps in Chrome is not limited to Chromebooks, and that's where I think Google has Apple beat.  Apple's integration is exclusive to its products, whereas Google will allow any computer running Chrome (Windows, Mac, or Linux) to benefit from the extended compatibility of Android apps.

So, this leaves us with a wait until more (or all, ideally) developers include the little bit of code that is needed to allow installation in Chrome.  It also leaves us with a question of who will succeed in the quest for integration.  Microsoft has made similar, though less noticed, moves to integrate their phone OS with Windows and its products, but Google and Apple will likely be the two high-end, major competitors in the end.  Which do you think went about integration the right way, if either?  What should've been done differently?