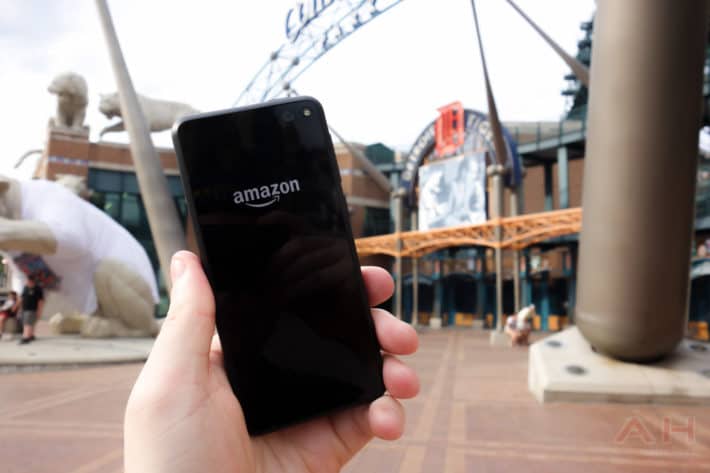 Amazon's Fire Phone has had an interesting albeit short life so far. The device originally graced Amazon's online shelves back towards the end of July. At the time no-one was sure whether Amazon had the backbone or talent to enter the smartphone hardware market and how the Fire Phone would do. It came with a number of unique features like Firefly but also came locked down to the Amazon ecosystem. Since its July launch the initial figures and reports have been rather disappointing. Within four weeks of its release, reports were already coming out suggesting that the Fire Phone was a failure. This was largely being calculated by a company called Chitika who measure internet activity. According to their results they were predicting that as little as 35,000 Fire Phones could have been sold (in four weeks remember). In fact 35,000 seemed to be the conservative number Chitika's were suggesting with some of their data claiming it could be as low as 26,000 units.

Now just after the launch of Google's infamous Nexus devices another report has come out suggesting the Fire Phone might actually be a bigger failure than anyone could have predicted. According to the report by CIRP, Fire Phone ownership is practically non-existent and achieved virtually zero market share. In fairness the report by CIRP largely focuses on Amazon Prime members although on the other hand due to the locked-in nature of the Fire Phone it is presumed this would be the largest representation of Fire Phone owners. With that in mind a literal zero dent on market share will be deeply disappointing. CIRP illuminates the lack of sales by explaining that 41% of US Amazon customers are actually Prime customers which equates to roughly 29 million Prime members. In terms of the hardware, CIRP notes that approximately one quarter of Amazon customers own either a Kindle Fire Tablet, Kindle Reader or both. In addition to this 5% of Amazon customers apparently own Amazon Fire TV set-top boxes. Now in comparison according to the CIRP report Amazon Fire Phone owners equalled "Effectively zero percent".

The study was largely created by analyzing the data of 500 Amazon customers who purchased a product between July and September of this year. As such 500 is not really a figure that can be taken as gospel and especially when it is clear thousands of Fire Phones have actually been sold. However, when you take into consideration the other hardware products and their numbers, it is clear that the Fire Phone simply does not cut the cheese as much with Amazon's dedicated customers. This leads to the natural assumption that if they are not buying the Fire Phone why would less Amazon inclined customers buy one!