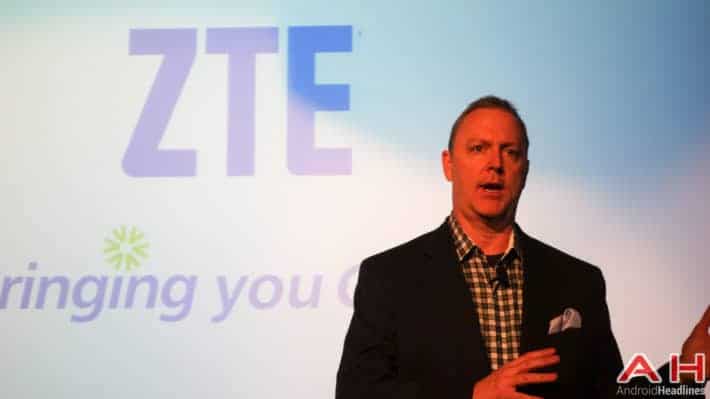 ZTE is an Asian manufacturer that has garnered a lot of attention from prepaid customers, specifically on Boost Mobile.  But as of late, the previously unpopular or internationally nameless company has gotten itself into the spotlight with the now-popularized Nubia family line of devices.  These devices are known for being thin and huge, so everything that customers nowadays seem to care about before internal specifications come to light.  Tooday's news though has to do with a mixture of different things both old and new, as well as Red Bull.

ZTE previously released a device called the Red Bull V5, but only in select Asian markets.  But the name, V5, is apparently going to be recycled with a completely new device.  As well as something else, too.  The device, which we now have a few likely-to-be advertisement campaign posters, will supposedly be released and advertised in conjunction with the Houston Rockets, of the NBA in the United States.  What makes us think that, you ask?  Well, look below and see the branding by ZTE next to, you guessed it, the NBA.  The two 'posters' are odd, with one showing an Oreo cookie with blue cream melting over an edge like a clock in the famous painting Persistence of Memory and the other being what appears to be the silhouette of a smartwatch with wafers of some kind in the screen area.  They appear to be round wafers, but it could also be a reference to the wafers in Kit Kat bars, who shares its name with the latest and greatest Android version. But here's the kicker folks: there's a specification-touting poster too.  It reveals the name, the ZTE V5, the 13 megapixel optical-image stabilized camera, as well as (cue dramatic music and rising strings section) Android L.  The phone will also, according to the same poster, have ZTE Nubia UI pasted on top of Android L (if the version is to be believed). The device, according to the L-offering poster, will look almost identical to a device from Nokia's famous and iconic Lumia family, with the single camera and flash on the back of a colored body with a volume and power button on the right side.

This device has no other really unique things going for it right now, other than the now-incited hype about the device having Android L on-board.  But what else is there to know?  We will keep you all updated as more news rolls in, so definitely stay tuned for those updates.  Would you consider trying to get a hold of the ZTE V5 if it had a nice enough skin over Android L, even though we really know nothing about the device thus far?  Would you be interested to see a smartwatch accompany it, similar to the Galaxy Note III / Galaxy Gear launch of Fall 2013 by Samsung?  Let us know down below.