Along with the ZTE ZMAX and announcing they are the fifth largest OEM in the world, ZTE also announced that their brand is coming to the US. What do we mean by that? In the past, we’ve seen devices like the Boost Max, which is what we call a “white label device”. What that is that it’s a device built for Boost Mobile, but there’s no ZTE branding anywhere on the device, at all. But that’s changing. According to ZTE USA CEO, Lixin Cheng, at yesterday’s event, ZTE is going to be slapping their logo on the back of their devices, and will have “ZTE” in the name. And that starts with the ZTE ZMAX. In other words, they are getting serious about the US. At least it appears so.

This is exciting, because no one really knows who ZTE is. For instance, I was telling some friends that I was coming to New York for ZTE’s event, and their response “Who’s ZTE?”. And the funny thing is, one of them has a Boost Max. So in theory, this should help out ZTE and get them more recognition in the US. After all they do have 7% marketshare worldwide, and that’s good enough for fifth place.

Additionally, ZTE is joining the battle to the bottom. What that means is they are looking to release devices that are cheap, but good. They compared the ZTE ZMAX to the Galaxy Note 3, LG G2 and a few other smartphones. Which are shown in the picture below. The ZTE ZMAX is $252 off contract, but it’s not exactly a competitor to the Galaxy Note 3 or even the other smartphones they listed. And here’s why. It’s got a Snapdragon 400 inside with a 720p display. Kind of hard to compete with a Snapdragon 800/801 and a 1080p display with those specs.

Having said that, I’m definitely excited to see what ZTE has in store for us in the near future. We’ll definitely be keeping our eye on them in the foreseeable future. So stay tuned, if you want to hear more ZTE news! 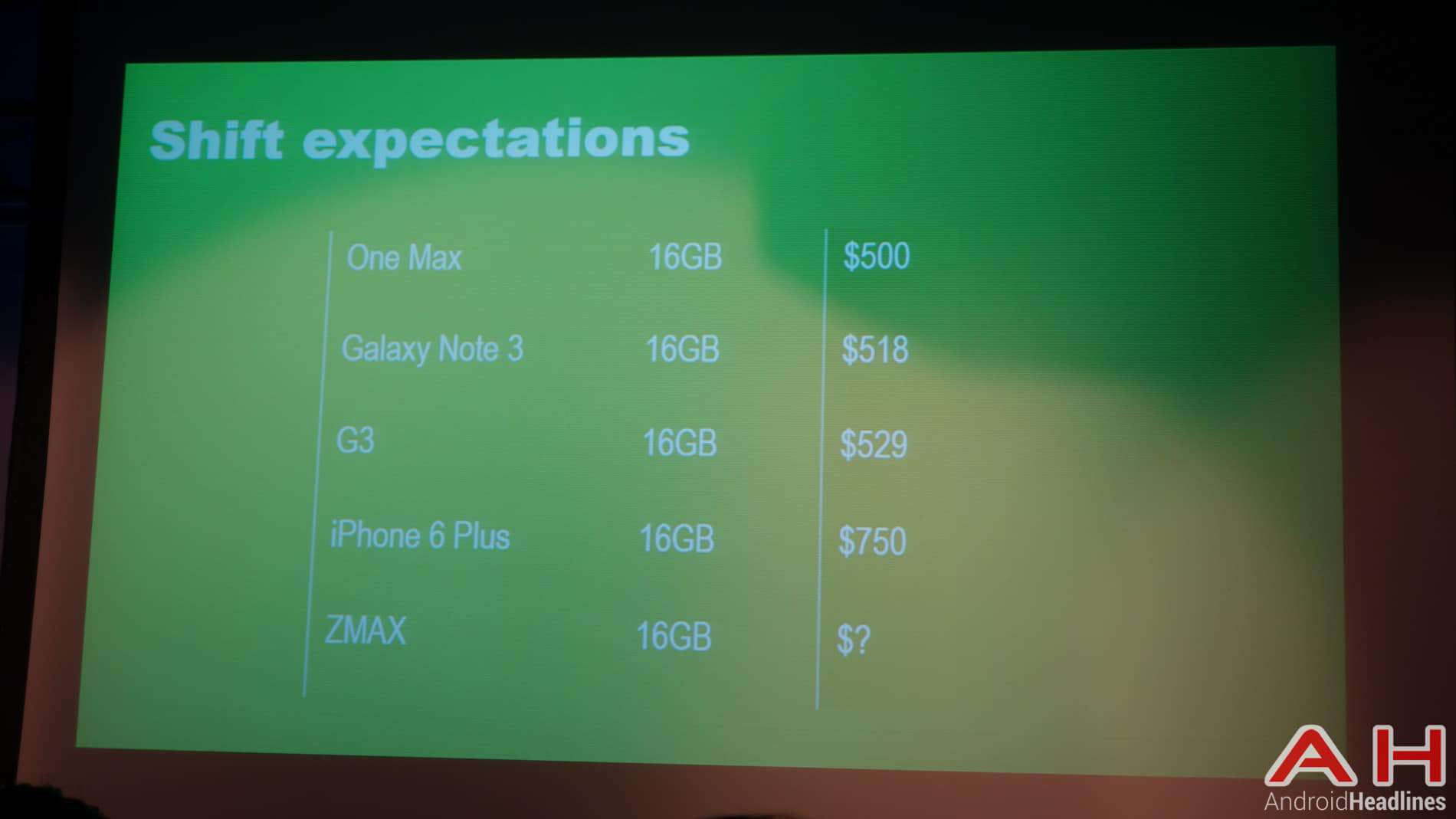