Skip to content
Trusted By Millions
Independent, Expert Android News You Can Trust, Since 2010
Publishing More Android Than Anyone Else
3
Today
38
This Week
275
This Month
5539
This Year
123087
All Time 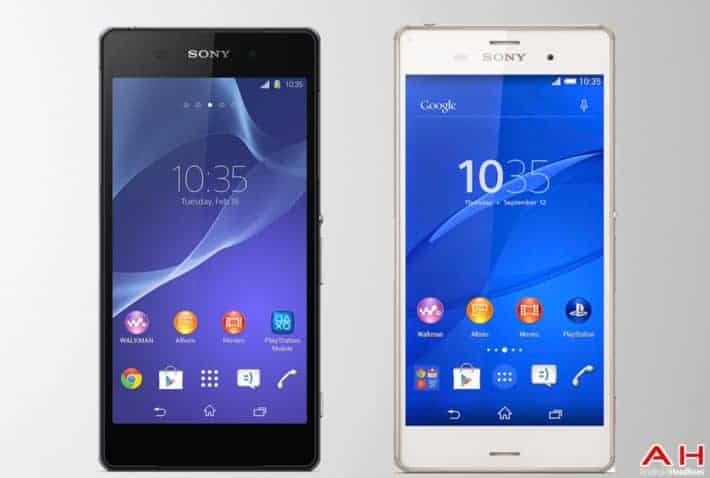 The Sony Xperia Z3 and Z3 Compact are almost ready to be released on the world. Ok, maybe not the whole world yet, but they will be shipping in the UK starting next week. We were expecting the devices to be available by the end of September, but UK retailer Clove has received notification that they will have the phones in stock next week. They expect to begin shipping them on Monday, September 22. That’s a week or so sooner than we hoped to see them.

For those of us in the US, this is still exciting news because the Z3, the Z3 Compact, and the Z3 Tablet Compact are expected to be released in the States soon, too. This will be the first time that Sony has dropped their new Xperia devices on us at around the same time as the rest of the world. The Xperia Z3 is supposed to be coming in an unlocked GSM variant in addition to the T-Mobile version, which is not new to us. The Sony website has the US versions of these devices listed as “coming soon” so we don’t have an exact release date yet. The only time frame given was sometime in the third quarter of the year. Being that the devices are about to be released in the UK, and probably the rest of Europe, we shouldn’t have long to wait now.

The Xperia Z3 is almost the exact same phone as the Xperia Z2, with the same processor, camera, and a slightly smaller screen size. The Z3 has a bit of a rounded back so it should be easier to hold than the block Z2. Sony did add an extra 1GB of RAM to the Z3, so that’s something. It’s still a great device, and it’s a definite upgrade over the earlier Xperia Z1, but it is a bit of disappointment when compared to the Z2. There’s very little to compel consumers to buy a Z3 over the Z2.

The Xperia Z3, as well as the Z3 Compact, will be unleashed next Monday if you’re in the UK. Do you live in the UK? Are you excited about the Xperia Z3 or Z3 Compact?