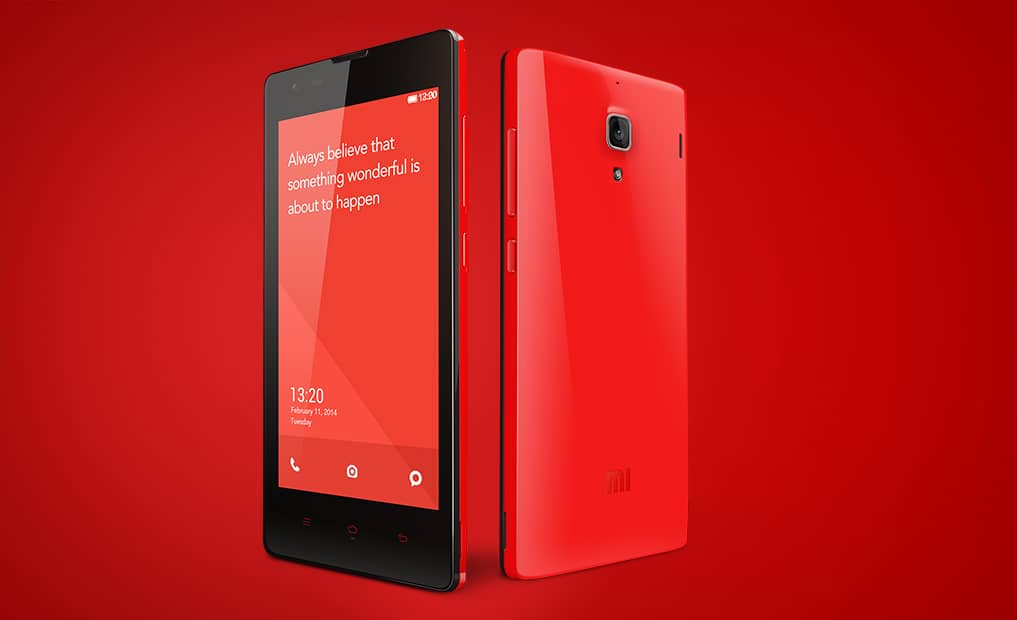 You've probably heard of Xiaomi, the Chinese smartphone manufacturer but have you heard of their budget device the Redmi 1S? If you haven't then you should of. September has been an absolutely crazy month for the smartphone which boasts mid-range specs at a budget price. Only a couple of days ago Strategy Analytics Country Share Tracker (CST) recorded in Q2 of 2014 that the Redmi 1S, was (by volume) one of the most popular smartphones in the world. Now this is a big claim from a budget handset, but with sales figures which are being generated in China and particularly in India it is easy to see why.

It all began back on September 2nd when Xiaomi decided to launch a flash sale in India for the Redmi 1S. The results were impressive as the entire stock (40,000 units) sold out in 4.2 seconds. Yep 4 seconds. To add to this on September 9th Xiaomi decided to have another flash sale in India for the 1S. You may have thought after the initial sale the anticipation and hype might have slowed down a little. Well it did..kinda. In the second flash sale Xiaomi shifted another 40,000 units in 4.5 seconds, fractionally longer than the first sale. To try and quell the demand Xiaomi on September 18th announced they would launch their third Indian flash sale on September 23rd for the Redmi 1S. Well, it is the 23rd and the results are in. This time Xiaomi managed to shift a whopping 60,000 units in 5.2 seconds. Although it took slightly longer today to sell out when you factor in the additional 20,000 units, today's figures are even more compelling. At a rate of 60,000 units in 5.2 seconds this equates to 11,538 units being sold every second. Compared to the previous sales, the 1S sold only 9,523 units per second (September 2nd) and a mere 8,888 units per second on September 9th making today's sale the best so far.

So what's the big deal. Well, flash sales do help to generate attention and hype but the device itself is rather good for the money. The 1S currently costs roughly $100 and comes with a 4.7" HD display (1280 x 720). Inside the 1S offers 1 GB RAM, a 1.6GHz Snapdragon 400 Quad-core processor (with Adreno 305 GPU). The 1S also offers an 8MP rear camera and a 1.6 MP front shooter. In terms of memory, there is 8 GB internal storage and a micro SD card. The device comes loaded with Android 4.3 (JellyBean) with Xiaomi's own MIUI 5 OS skin on top. 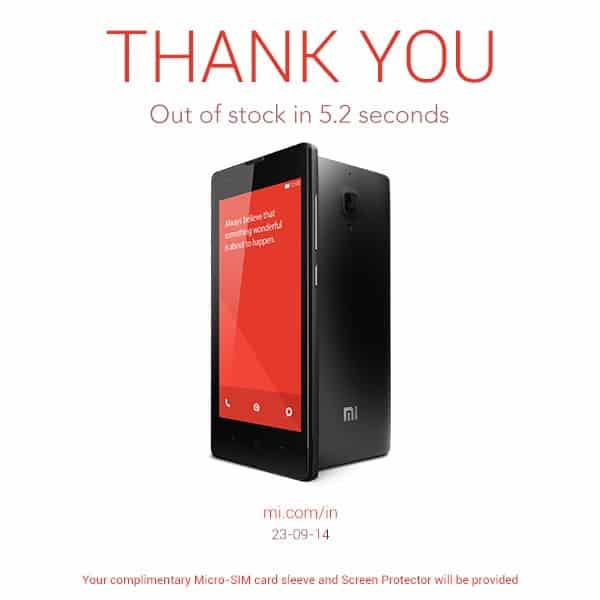