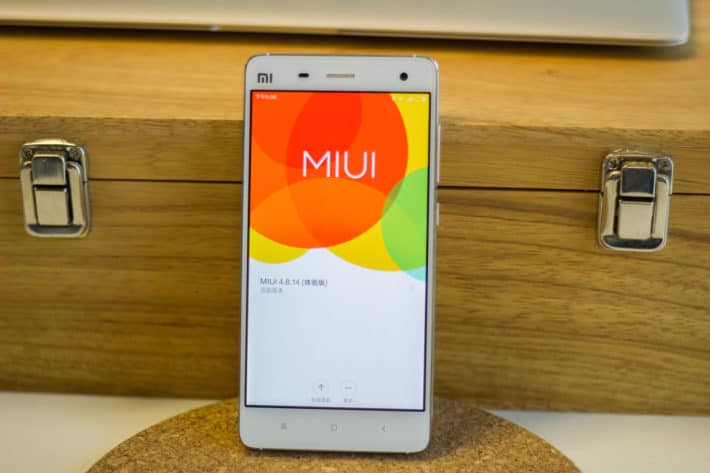 Xiaomi is one of the most popular smartphone manufacturers in China. They move tons of device each year and have their bases covered in Asia. The company has been planning to move abroad for quite some time now, and that is happening as we speak. They've already opened up shop in Italy and are about to do the same in Brazil. They've already opened up an office over there and are only waiting for the official confirmation they can start their business. Brazil is a huge market and will open a way for Xiaomi to do business all over South America. This is a logical move by this China-based company. They also have a huge following in India, though they usually sell their devices via Flipkart over there, Indian reseller which is all over the news lately and is extremely popular over there.

Considering this international push by the Chinese company it was about time we see some indications their MIUI OS will receive more languages (instead of Chinese and English). That just happened, Xiaomi is looking for 100 beta testers via their official MIUI forum in order to test a bunch of new languages which will apparently be a part of MIUI 6. If you check the first screenshot in the gallery below this article you'll notice the addition of Spanish, Filipino, Portuguese, Turkish… and a slew of other languages though this is probably not a full list. This move is kind of logical but in the same time we're glad this is happening. Xiaomi has a huge following even outside of China, so it was just a matter of time.

This new international version of Xiaomi's OS will come with Google's applications pre-installed, you won't be required to do that manually once you got your hands on Xiaomi's device anymore. This move is long overdue and it will definitely pull more users in, who wants to buy a smartphone based on Android and sideload Google applications? Not me, that's for sure. Have you had the chance to try out Xiaomi Mi4 yet, or either of Xiaomi's devices?