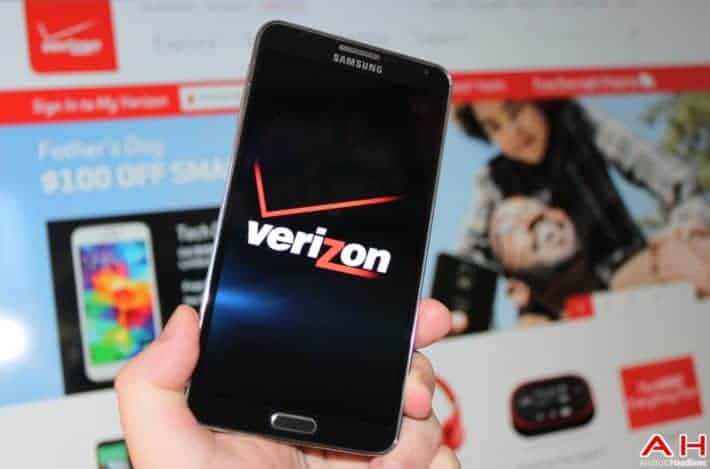 The GSM Association (Groupe Speciale Mobile Association) is a collection of mobile operators and relevant companies, formed in 1996 and responsible for the industry's largest event, the Mobile World Congress. The GSMA now covers more than 220 countries, 800 operators and 200 additional companies (including handset manufacturers, software and infrastructure companies). This year the GSMA is holding four Mobile 360 conferences around the world, which is where senior executives in the industry gather to meet and discuss the key issues. It's a great opportunity for the powers-that-be in our carriers and device manufacturers to meet and network. It also gives us a great opportunity to tap into carriers' thinking and if nothing else, make sure they're aligned with what we believe is happening in the industry. Verizon's Chief Technology Officer, Tony Melone, has been speaking at the North American Mobile 360 event. Specifically, he's been discussing the Internet of Things, unlicenced LTE spectrum and carrier interoperability.

Let me deal with the Internet of Things, or IoT, first. Going forward, the IoT is going to be the technology that binds our smartdevices together. By this, I don't mean the connection between your Android Wear watch and your Android device; no. I mean the technology whereby your car tells your home thermostat that you're low on fuel, you'll be calling by the supermaket on the way home so delay the heating until later. Your thermostat then talks to the gas board, which lets it know that there's a lull in power demand across your city so if you heat the house now, it'll cost less than if you heat it later. Meanwhile, the car has already told the supermarket that you're on the way, the supermarket has talked to your Android handset and prepared your shopping for collection, which you'll pay for using your Android Wear watch. You get the idea. All this cleverness and hands-off technology requires a sophisticated and reliable connection infrastructure, which is where IoT systems come into play. Speaking about IoT, Tony said, "Today we have lots of standalone traditional devices, wearables, TVs, cars, you've heard about that. But the next step to really get to that promise of billions of devices, we need application-specific devices: very unique for serving specific applications, very low cost at scale, on a purpose-built architecture that can handle those amounts of connections. You will see that evolution happen over the next three or four years, is my prediction. That will drive the economies of scale, coupled with global standards, that will make this a tremendous step."

Next, the Verizon executive spoke about the potential for LTE (Long Term Evolution, the standard current high speed data-only mobile network technology) to use unlicenced spectrum. And before our readers start to imagine what "unlicenced spectrum" means, it is not an unlawful use of different frequencies but instead it is using specific frequency ranges that are not allocated to a particular carrier but are instead used for a particular technology. Licenced spectrum means the frequency ranges that are auctioned off (sometimes shared, as we'll see in the AWS-3 auction, sometimes not). Unlicenced spectrum is available to anybody and everybody, currently for WiFi and Bluetooth radios. Global carriers are investigating how to utilise unlicenced spectrum for LTE services with most concentrating on the 5 GHz point in the frequency spectrum, but using local, short range masts. There are many issues to be resolved, key amongst them is making sure that unlicenced LTE doesn't interfere with WiFi and Bluetooth connections.

The final topic is interoperability, where Tony explains that "this is one where it's core to our industry, it's what our industry has done for years, but it's an area where we are lagging, especially with LTE. We need LTE data roaming, we need that seamless capability we love, and we need it to happen quickly. It ties back to this ubiquity and the importance of this global standard." These are bold words but outside of the US, most worldwide carriers are reluctant to share networks, usually citing billing issues as their reluctance to cooperate for the greater (customer) good. Yet we know that carriers create roaming arrangements and have no problem billing customers. Although Tony doesn't speak for the whole industry at large, perhaps this is just what we need?