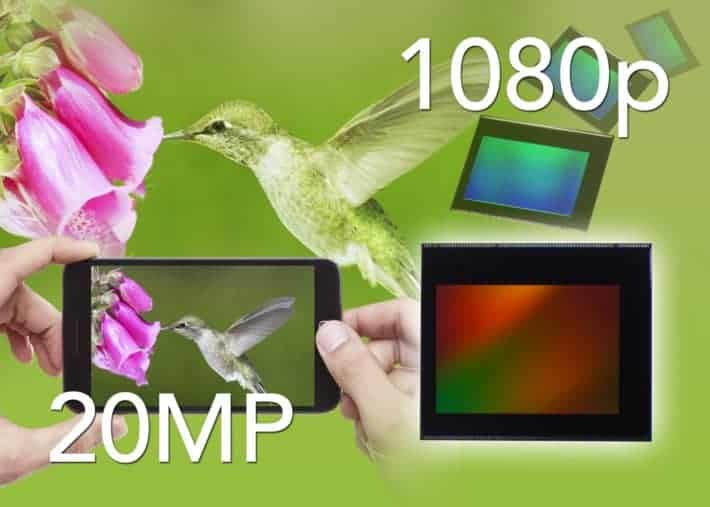 Toshiba has today unveiled its newest CMOS (complementary metal-oxide-semiconductor) image sensor which very well may end up as the base for cameras in future generation high-end devices. According to Toshiba, this new 1. 12-micron CMOS image sensor (CIS) has been specifically designed for high-end smartphones and tablets with a 20MP resolution. This addition will join Toshiba's recently unveiled 8MP and 13MP 1.12-micron back-side illuminated CIS solution series. In spite of its high specs the image sensor is going by the rather unfortunately boring "T4KA7" handle. In spite of this, the T4KA7 will deliver an enhanced frame rate of 22 fps (frames per second) at full resolution image capturing. This is apparently an 83% improvement compared to Toshiba's previous 20MP CMOS sensor.

According to Andrew Burt (Vice President of the Image Sensor Business Unit, System LSI Group at TAEC), the T4KA7 has been created to allow manufacturers to design the next generation of smartphones and tablets. According to Burt, manufacturers using the T4KA7 can focus devices on being ultrathin while offering increased higher performance but also maintaining a lower power consumption "As an established player in the CIS space, we look forward to playing a key role in enabling these and other emerging applications to come to market". In addition to this, the T4KA7 offers a breath taking 5384 x 3752 pixel count. However, one of the most impressive aspects of the T4KA7 is the sensor's advanced digital zoom ability which will literally allow cameras to continually zoom in without losing any "discernible" image distortion, even at full zoom. This will certainly be a welcomed addition to the smartphone camera industry as currently is not a known feature on the handsets of today.

Toshiba began shipping samples of the T4KA7 last month with the samples priced at a little under $20 a piece while mass production of the sensor is scheduled to commence February of next year. So what do you guys think? Does the rather dull named T4KA7 sound exciting? Are you looking forward to the next generation of cameras based on Toshiba's new sensor? Surely the thought of full zoom without any noticeable image distortion is attractive? Either way, let us know your thoughts by leaving a comment.