Skip to content
Trusted By Millions
Independent, Expert Android News You Can Trust, Since 2010
Publishing More Android Than Anyone Else
3
Today
3
This Week
456
This Month
5605
This Year
115609
All Time

Description: Hideman VPN is a Virtual Private Network app for Android that allows you to surf the web anonymously and securely thanks to 256-bit encryption. Hideman will create a VPN connection on your device and you can even choose which country you want to appear to be connecting from. This is great for those that want to appear anonymous online and especially great for those looking to use TOR as it was meant to be. There’s no need to sign up for an account or pay for anything either, as Hideman will give you five hours of free browsing a week. However, certain countries and more than 5 hours a week will cost you a little extra in order to appear to connect from somewhere else. You can also earn these extra hours by looking at in-app ads, too. So let’s go ahead and take a look at it.

How it Works: You’ll first need to download Hideman VPN from the Play Store in order to connect from elsewhere. When you have it installed, you’ll be given a look at your local IP. 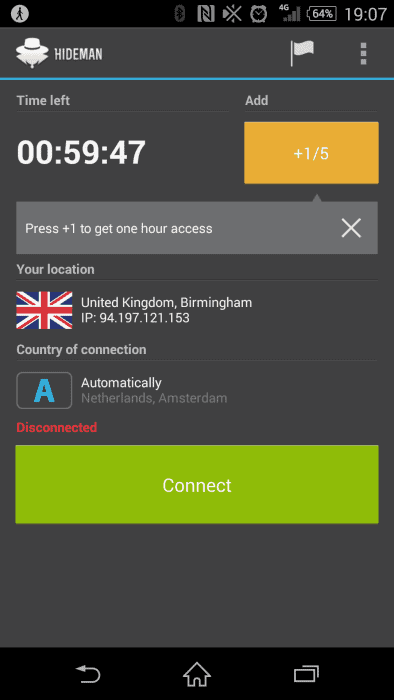 To connect through a VPN just go ahead and hit the connect button. You’ll be given a small disclaimer that you should read through and be careful about agreeing to. 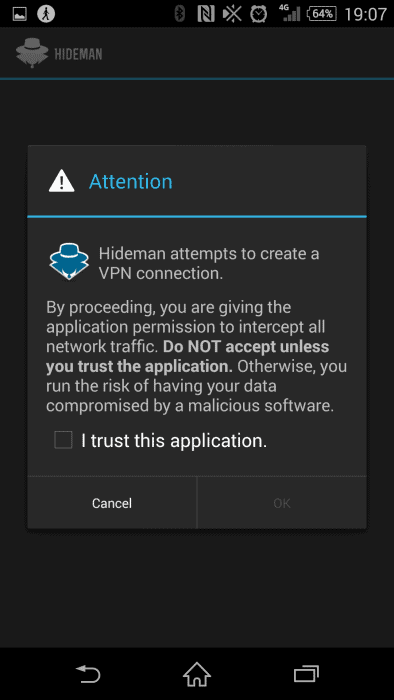 When it’s finished connecting, and I can see that my phone will now appear as if I am in the Netherlands. 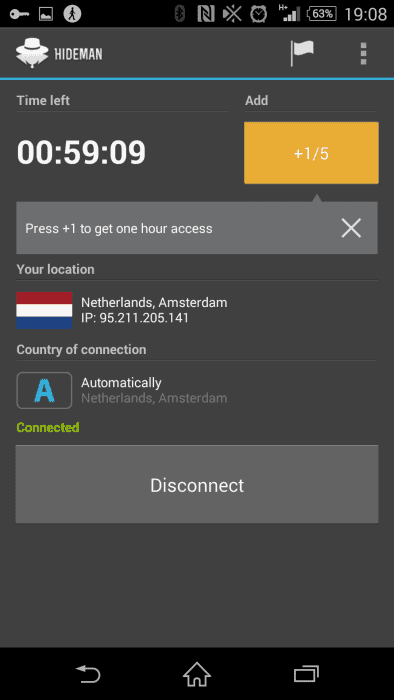 To test that the VPN has worked properly, I went ahead and dialed up Google, in the screenshot you can see I was redirected Google.nl. 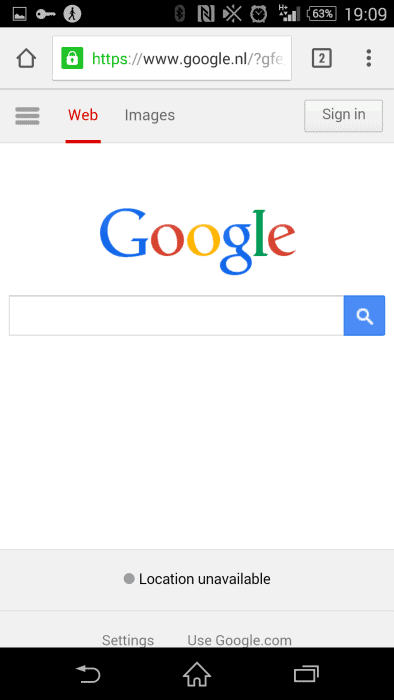 So, I can now browse the web from the Netherlands, but if I want to browse from elsewhere I can change this in the settings as well as purchase the ability to browse from even more nations around the globe. 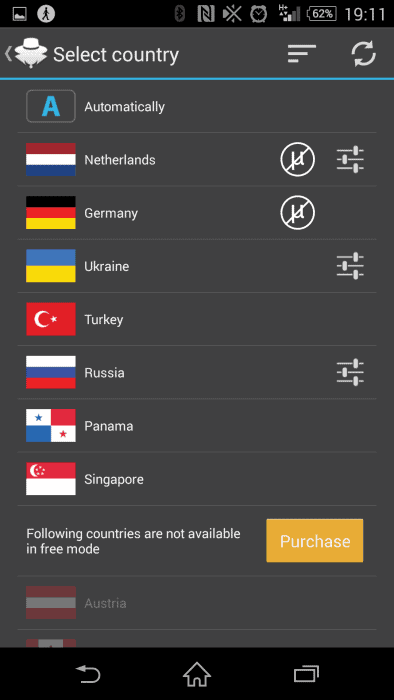 One of the major reasons why Hideman VPN might be the solution you’re looking for is that if you’re a keen TOR user that frequents a number of .onion sites, this is one of the easiest ways to use TOR and stay anonymous. Here, I’ve visited The Hidden Wiki, and thanks to my use of Hideman VPN, I’m truly anonymous, which is exactly what using TOR is all about. 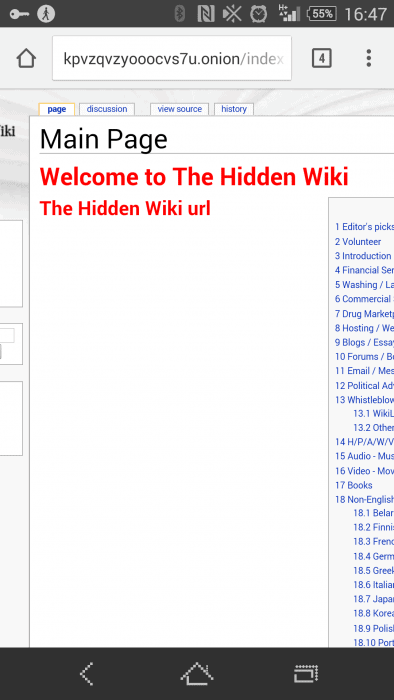 Opinion: I don’t have all that much use for the security of a VPN, at least not from my phone however, I can see why a lot of people would do. I wouldn’t want to connect to my bank over free WiFi in my local coffee shop, that’s for sure. Otherwise though, it’s pretty clear that Hideman VPN works well and definitely does what it says it does. I was able to connect from the Netherlands as well as Russia from my device in little old England. I’m more than happy to pay a little extra to get access to the US servers, too as certain content that I absolutely love just isn’t available here, despite the two nations speaking the same language. So, Hideman VPN shapes up to be the simplest VPN solution I’ve ever seen on Android and it works really quite well.

Conclusion: Hideman works really well as a mobile VPN solution, it just works as soon as you hit the button and it doesn’t ask any questions of you or anything like that. It’s nice and simple for users to connect to a number of different countries of their choosing and there is a way to freely earn more hours each week. However, if you were looking for a way to watch TV from another country, this might not be the best solution out there. Either way, as a simple VPN option, this works wonderfully.