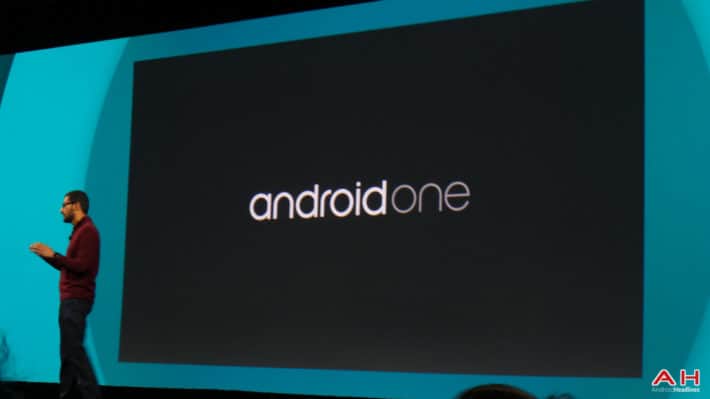 First Android One devices are due to arrive on Monday. We've seen teasers from Karbonn, Spice and Micromax today, these are the companies which Google announced will unveil Android One devices this fall. The event will take place on September 15 in India and we're getting more and more info on these devices. Flipkart has briefly listed a "Spice Android One Dream UNO" device, which will be Spice's Android One handset it seems. The entry is removed now, but that didn't stop news outlets to get the screenshot of the listing along with the details in it. This device will feature a 4.5-inch FWVGA (854 x 480) display along with 1GB of RAM and 4GB of internal storage. 5-megapixel camera will be located at the back of the device while a 2-megapixel shooter will be featured on the front. The device will feature dual SIM slots and will cost Rs 6,999 (approximately $115) if the listing is to be believed.

Android One program was announced at Google I/O in June. As part of this program, Google has partnered with manufacturers in order to deliver low cost phones which will receive software updates direct from Google. Manufacturers are allowed to include their own apps inside, but that's about it, they can't alter the software like Samsung or HTC did with their devices for example. Android One devices will be priced around $100 and will initially launch in India with Karbonn, Spice and Micromax to be the first companies to launch them. These devices will see the light of day on September 15 at 3:30PM local time (in India), we'll know much more than and will of course share the details with you. I'm personally thinking of purchasing one of these devices as my backup phone, though that's just an idea. How about you, do you think this is a good idea and do these devices appeal to you at all? Perhaps you think this would be a great gift or something, that though actually did cross my mind, Android One devices might be selling like crazy before holidays like Christmas if they reach enough countries that is.

EDIT: According to some additional details, MediaTek's quad-core CPU clocked at 1.3GHz and Mali 400 GPU will power this thing.