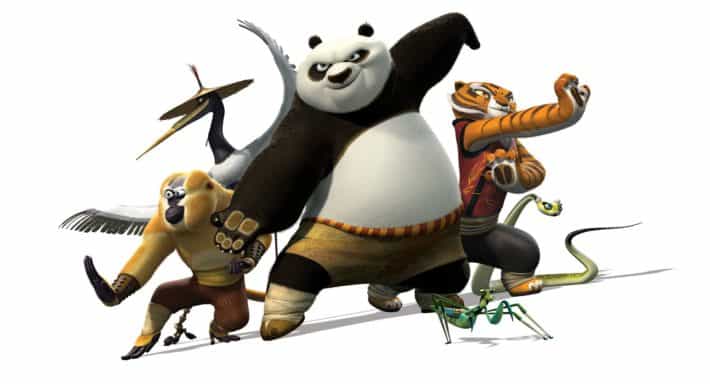 The Wall Street Journal is reporting that Japanese telecommunications and Internet company, SoftBank, is believed to be interested in acquiring DreamWorks Animation. The article doesn't disclose how close DreamWorks and SoftBank are close to a deal but a valuation of $32 per share has been mooted, a significant premium to DreamWork's current price of $22. DreamWorks Animation's first film was Antz, released in 1998, and is behind Shrek, Madagascar, Turbo and my favourite, Kung Fu Panda, to name but a few. DreamWorks is one of a handful of "mini major" American film studios, producing two to three features a year, founded in late 1994 by Steven Spielberg, David Geffen and Jeffrey Katzenberg and employs over 2,000 people.

SoftBank have been a very newsworthy carrier of late: they've been linked with Vodafone, Mexican Carrier Grupo Lusacell and of course, the aborted attempt to buy T-Mobile USA and combine it with Sprint. This potential deal was shelved because of the regulatory concerns associated with merging the USA's third and fourth largest carrier and now it appears that SoftBank Chief Executive Officer, Masayoshi Son, is taking a different approach. But what could a mobile network operator do with an animation studio? It's all about content: DreamWorks' films could not only be offered to new and existing Sprint subscribers but to all of SoftBank's mobile and fixed line customers across the world. And I'm sure we can expect to see linked advertisements between DreamWorks Animation's characters and Sprint.

I am left wondering how sensible a deal this is because I can imagine whole numbers of people shaking their heads at the prospect of more value-added features being added to their Sprint handsets. Whilst I enjoy DreamWorks' features, their library of titles amounts to under thirty films, which is probably one bout of 'flu worth of films to watch. It's a nice-to-have feature, but if I were looking at the different networks available, I would place more emphasis on coverage and costs than nice to have features such as a connection with DreamWorks. And yet at the back of my mind, I can also see how trying something off the beaten track may be just the thing to do in order to help grow Sprint against their larger US rivals. This and the pressure on prices, of course. But what do our readers think? Do you enjoy creative collaborations between your carrier and other businesses? Do you use the value-added services, or would you like your carrier to be the "dumb pipe" that Apple's Steve Jobs famously spoke of.