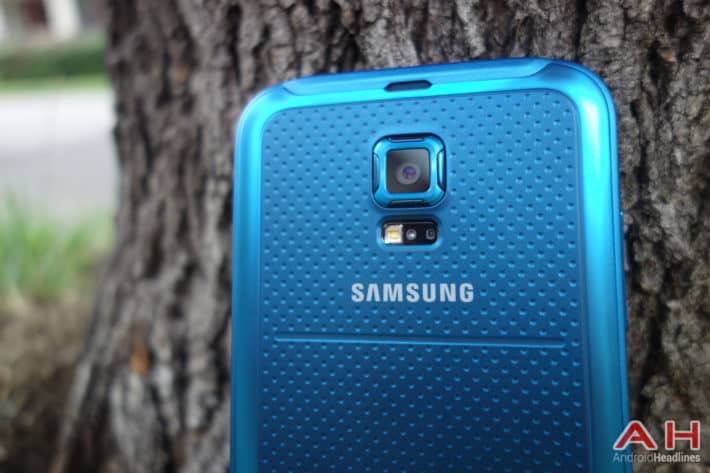 Samsung's Smart Home service was announced earlier this year at CES 2014, and it included a brand new set of tools to integrate your smart Samsung-branded appliances into your smartphone.  The Smart Home service is a set of apps and hardware that essentially make your life easier by automatically programming things like air conditioning temperatures, monitoring energy usage so you can find out what's sucking the most juice out of your power bill, and plenty more.  Samsung just recently purchased home automation company Smart Things, which is helping it integrate the smart home service into more devices that work around your house, eventually turning your smartphone or tablet into a remote control for nearly everything in your home.

Samsung has announced new location awareness services that will detect when you are getting close to home and will automatically turn on device that are useful like lamps and such, as well as turning down the air conditioning or turning up the heat to make the home more comfortable to be in.  These sorts of services aren't just convenient, they help save money too by keeping devices off when the home isn't in use, and automatically turning them on before you get home to ensure a comfortable dwelling.  This ties in with the energy monitoring service that Smart Home can perform, telling you which devices use the most energy and other utilities on a daily, weekly or monthly basis, and also lets you set allowances for each device so it doesn't exceed what you want to spend on your power bill.

Last but certainly not least is the new S-Voice integration with smart home that will let you remotely control all your smart appliances through S-Voice on your Galaxy or Gear devices.  While many still aren't huge fans of S-Voice, Samsung has been continually building out its service to include more features like Smart Home, and is quickly making it irreplaceable on your Galaxy or Gear device if you want to use all of its services.  This is yet another step by Samsung to build its own brand of hardware and software and be less reliant on the abilities of others to integrate their devices and software.  More than likely we'll see more of this technology shown off on the floor of IFA 2014.