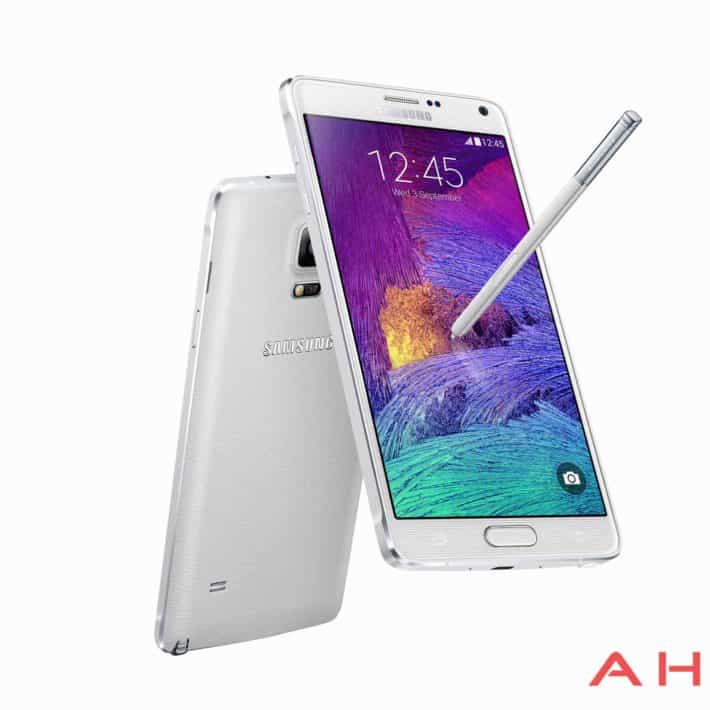 When a smartphone becomes official, it opens itself up to many different tests. The questions these tests aim to answer is how the screen looks? Does it run smoothly? How fast is the device? and so much more. These tests are called benchmark tests, and they put the results up against other smartphones currently available in the markets. The newly announced Samsung Galaxy Note 4 is no different. Even though the Galaxy Note 4 has not been made available to consumers, the device still needs to go through the ringer. These tests let people know how the device stacks up against the competition. However, since the Galaxy Note 4 is not exactly consumer ready the tests results still can be altered. Benchmark tests are only to give us an idea of how the device runs, nothing will ever beat trying it out for yourself, with your own settings, and use trends to determine how the device fits you.

The Galaxy Note 4 that the tests have been run on is also an early device, meaning subtle changes could be made before they reach your hands. Not to mention the software can be drastically altered before October which is said to be the launch month for the Galaxy Note 4. All of that said, the Galaxy Note 4 didn't hold up well during these tests. This could be attributed to the 5.7-inch Quad HD display taking up a lot of the devices power. After all the tests, it's been realized that the size of the Galaxy Note 4 doesn't mean more power than any of the other flagship devices currently out. For example, the HTC One M8 has a Snapdragon 801 chip inside and the Galaxy Note 4 has the Snapdragon 805. Still, in almost every test, the Note 4 stacked up just under the M8. The tests show how the Note 4 stacked up against many of the current flagships available. You'll notice that the Note 4 is compared to the LG G3, Sony's Xperia Z2, the HTC One M8, and its close relatives the Samsung Galaxy Note 3, and the Samsung Galaxy S5. After reading the results please keep in mind that these are not to determine how the device will work for you.

According to the results, the Note 4 ranked last in determining the CPU subsystem performance, scoring a 1136, while the LG G3 took first place with a score of 1322. In terms of how the mobile browser on the Note 4 ranks, we see a score of 3399, with the Samsung Galaxy Note 3 taking last place and the HTC One M8 taking first. Then lastly we have the results for the screen with the results of the GFXBench tests. Here the Note 4 scored a 26.5, just above the Samsung Galaxy Note 3 with a 26, and the Sony Xperia Z2 taking first with a 29.1. At the end of the day, the results will differ more than likely on the finalized product. What are your thoughts on the results, does the size of the device push you towards expecting these results, or did you hope for more? Let us know down below or on our G+ page.