As September comes to a close and we wave farewell to IFA, all we are left with is the number of announcements and promises made by the IFA exhibitors. Now it is all over it is clear that 2014 has been the year of the wearables. Nearly every big tech company announced some form of a wearable device which is either on its way or will be released in the coming year. However, there were also two very interesting developments about HTC made in the last month. The first, was the news HTC are making the new Nexus 9 and that it might even be officially announced on October 9th. The second interesting development was at IFA when HTC (unlike everyone else) actively denied they were in the process or manufacturing a smartwatch. Now, it’s not often a company publicly has to denounce they are making something and so the news by HTC was in fact news although about no news. This did seem somewhat surprising when everyone else is working on the brand new technology. Why were HTC not working on a smartwatch?

Well now it seems we might have an answer to that. A report by Portuguese technology site 4gnews.pt suggests HTC are actually in the process of building their own version of Google Glass. If the rumors are true then this would help to explain why HTC are not interested in smartwatches this year. Instead of taking part in the smartwatch race with everyone else they are heading straight for the most controversial wearable taking on both Google and Samsung. At the moment the wearable is simply being referred to as the rather lacking-in-creativity ‘HTC Glass’ but different to Google’s infamous glasses HTC Glass will not focus on voice activation. Instead, it seems HTC’s Glass will be brain activated. Yep, you heard right. HTC’s version (according to the rumors) will respond to users thoughts more than their voice. With HTC Glass, users won’t have to click on the camera icon on a smartphone to take a picture, won’t even have to tell the camera to take a picture (like Google Glass) but instead the picture will automatically be taken as soon as the user thinks it. The image below (again provided by 4gnews.pt) supposedly shows the technology in development although in fairness there is little we can take from the image in terms of the actual device or its functionality.

Now it is worth remembering this rumor is still in its infancy and we know virtually nothing about the device except its existence. However as this is a rumor even that cannot be taken as truth. Both the details and the image were provided to 4gnews.pt via one of their ‘sources’ and even they advise its best to take this information “with a pinch of salt“. However, if this is true it does go some distance in explaining why HTC so vocally denounced their involvement in the smartwatch race. 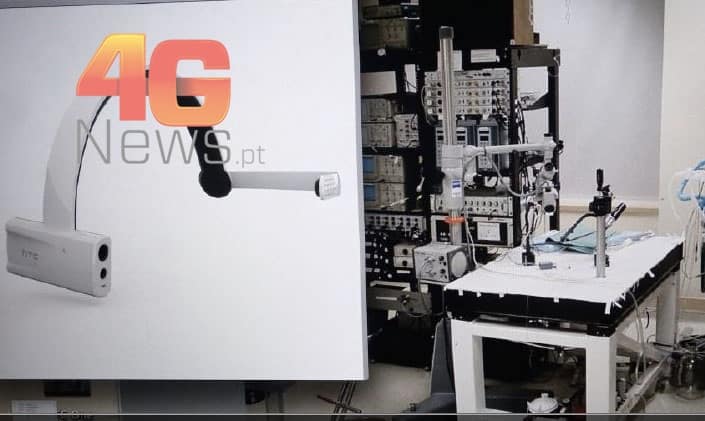