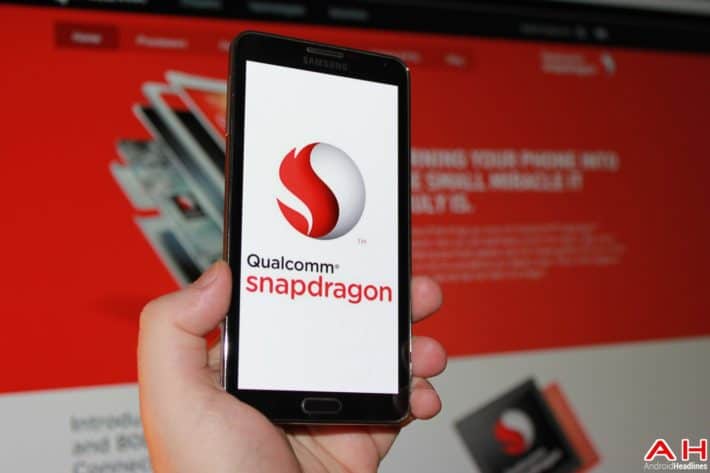 Qualcomm is without a doubt one of the best chipmakers out on the market for mobile phones. In fact it probably wouldn't be too far off to say that they are the leader in mobile processors. They put out some powerful stuff and even though they may not be the first name you think of when it comes to graphics, their processors are still very powerful and have some excellent graphics processing power. The latest and greatest seems to be their Snapdragon 810 chipset, which we have heard is rumored to start shipping sometime in 2015.

Recently Qualcomm listed off a roadmap of what they have planned for chips in the future, and during the presentation they showed off some results of the Snapdragon 810 beast that we can't wait to eventually get our hands on. The sneak peek at the graphics processing performance of the snapdragon 810 displays just what Qualcomm has been working on, and shows that they're serious at competing with Nvidia when it comes to CPUs and GPUs. Qualcomm is much more present inside of mobile devices however so even with something like the Tegra K1 being as fantastic as it is at its job, there is still much room for a chip like the 810 to be more successful with what will likely be a larger number of devices picking it up. Qualcomm's performance, while brief, apparently did a great job at showing what they're capable of.

The demo happened at today's Uplinq Conference in San Francisco, and consisted of a 3D image rendering of a sports car happening on an Android tablet with help from a computer-aided design program. During the rendering demo, Qualcomm shows off the car changing colors, and alters the material of the body of the car to show off light and other reflections taking place on the surface of the vehicle as it spun in a 360 degree motion. Inside of the Snapdragon 810, the graphics processing is handled by the companies Adreno 430 GPU which will give the processor compatibility support for devices with 4K displays. The processor itself is made up of eight ARM CPU cores and Qualcomm touts the 810 as having the ability to download data files at 300mbps over LTE. How useful that will be with LTE networks at the time this chip makes it into a device will have to wait till we're closer to a device release that carries it. 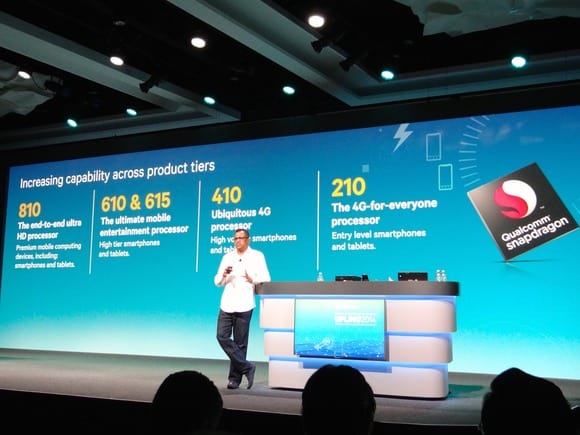