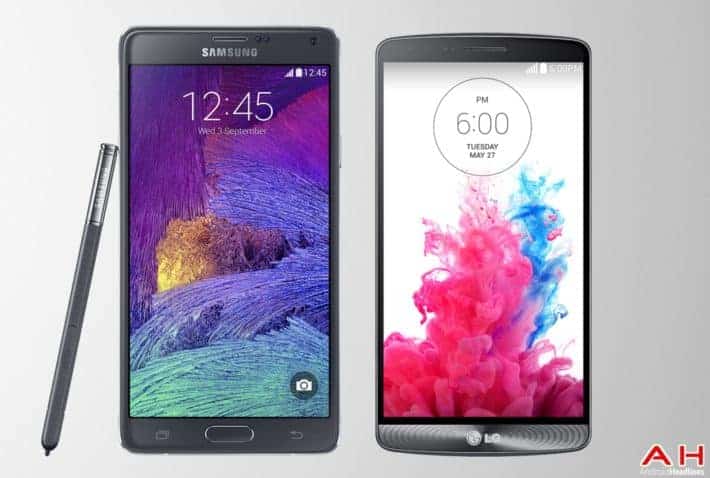 Here we have the newest LG G3 – the first mass produced smartphone with a QHD display – battling the new Samsung Galaxy Note 4 and its new QHD display.  Both displays, while somewhat the same, are different in their execution – the LG G3 uses the LCD technology and the Samsung Galaxy Note 4 uses their Super AMOLED technology.  We can argue all day over which is better and never agree with one another.  However, we can agree they are almost the same in size – the G3 at 5.5-inches and the Note 4 at 5.7-inches.

The 3GB of RAM and 32GB of internal storage is the same in the LG G3 32GB model.  They both have room to expand the internal memory via a microSD Card slot.  The batteries are both removable and close in size with the G3 sporting a 3,000mAh versus the larger 3,220mAh of the Note 4.  Size wise, the Note 4 is only about 4-7mm larger in height and width, although the Galaxy Note 4 is slightly thinner at only 8.5mm…it does weigh in at 176 grams versus 149 grams for the LG G3.  The LG G3 came with Android 4.4.2 with their Optimus UI and the Note 4 comes with Android 4.4.4 and TouchWiz UI.

Take a look at the detailed specification sheet below so you can get a good idea of exactly how these two devices stand up to one another, then we will take a look at the individual devices and hope that will help us pick a winner. 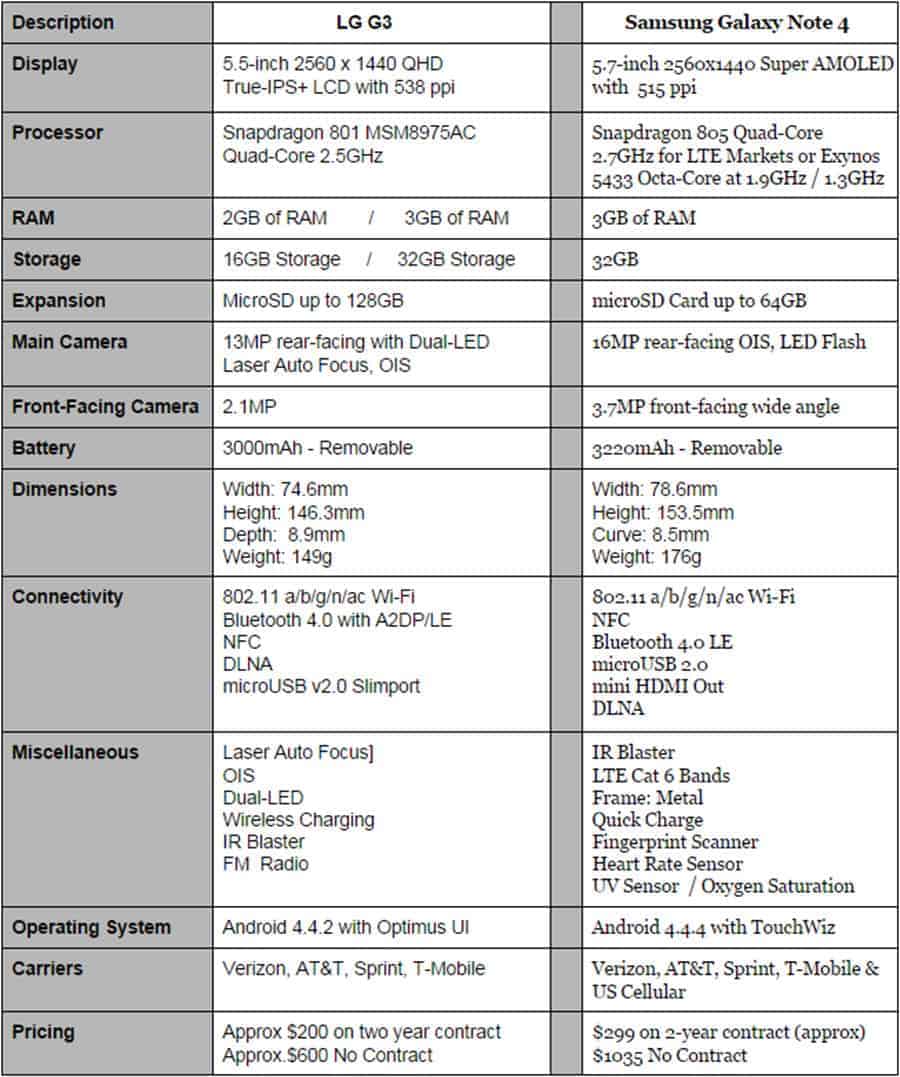 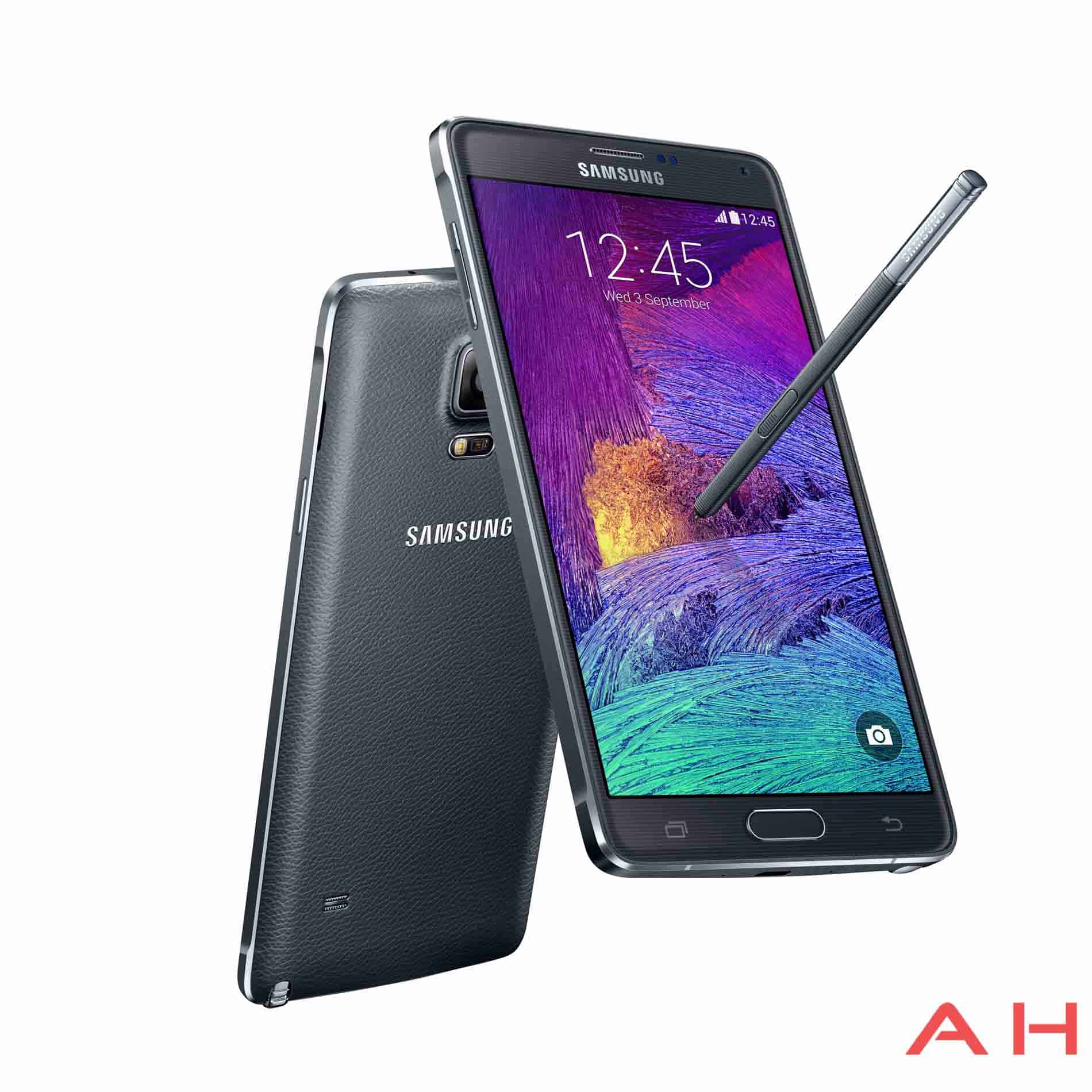 The Snapdragon 805 is the state of the art processor clocked at 2.7GHz with many technical improvements and a GPU that can handle any graphic you can throw at it.  The main camera is an improved 16MP with OIS for those of us with shaky hands and a 3.7MP Front-Facing Camera (FFC) with a wide-angle lens for great video chatting and fantastic selfies.

The Galaxy Note 4 has the S-Pen experience and software to utilize it, it also comes with an IR Blaster, Quick Charge, Fingerprint Scanner, Heart Rate Sensor, UV Sensor, and an Oxygen Saturation Monitor – are they all necessary…only you can be the judge.  The Note 4 comes with the latest Android 4.4.4 KitKat with a little 'kinder' TouchWiz, but still too heavy for some tastes.

Prices have not been announced, but we are hoping it is the same as the Note 3…$299 for a two-year contract, but off contract, it could run you close to $1,000. 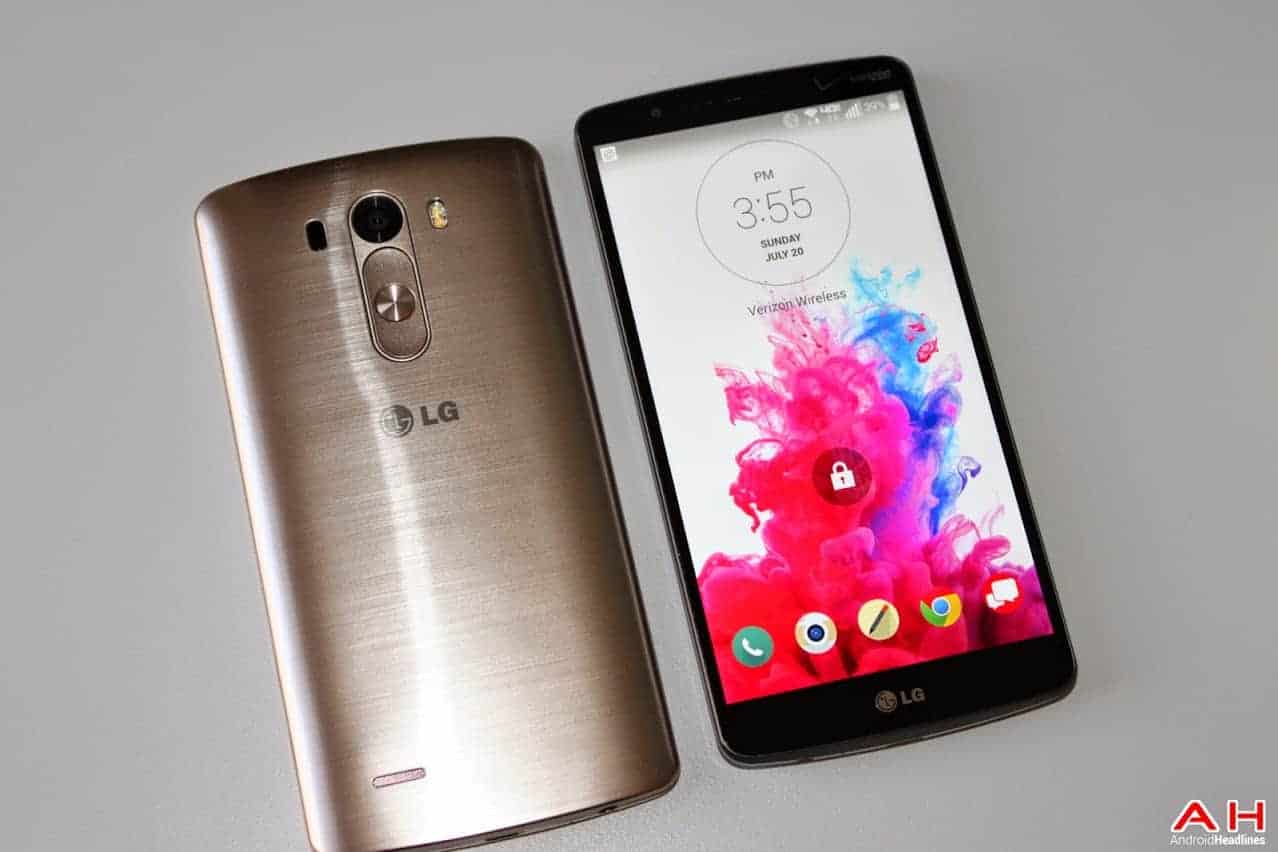 The new LG G3 came out to a hoard of LG G2 fans waiting to see the new G3 – especially because the leaked pictures made it look like the back of the device was made from metal…it turns out it was plastic with a metallic finish.  Still, the curved sides and back made for a nice feel in your hand, although it was a little slippery.  The 5.5-inch LCD QHD display gives you a whopping 538 Pixels-Per-Inch (PPI)…slightly better than the slightly larger display on the Galaxy Note 4.  The Snapdragon 801 processor clocked at 2.5GHz is a little older technology than the Snapdragon 805 in the Galaxy Note 4.

The cameras are about on par between each device – the main camera on the G3 uses a 13MP shooter with OIS+, Dual-LED and a laser auto-focus, not as many megapixels as the Note 4, but the Dual-LED flash and laser focus are nice features that the Note 4 does not have.  The 2.1MP FFC, used for video chatting and selfies, is lower than the 3.7MP of the Note 4.

The price was $199 on a two-year contract, but almost every carrier was giving deep discounts so you can get this great device at a decent price. 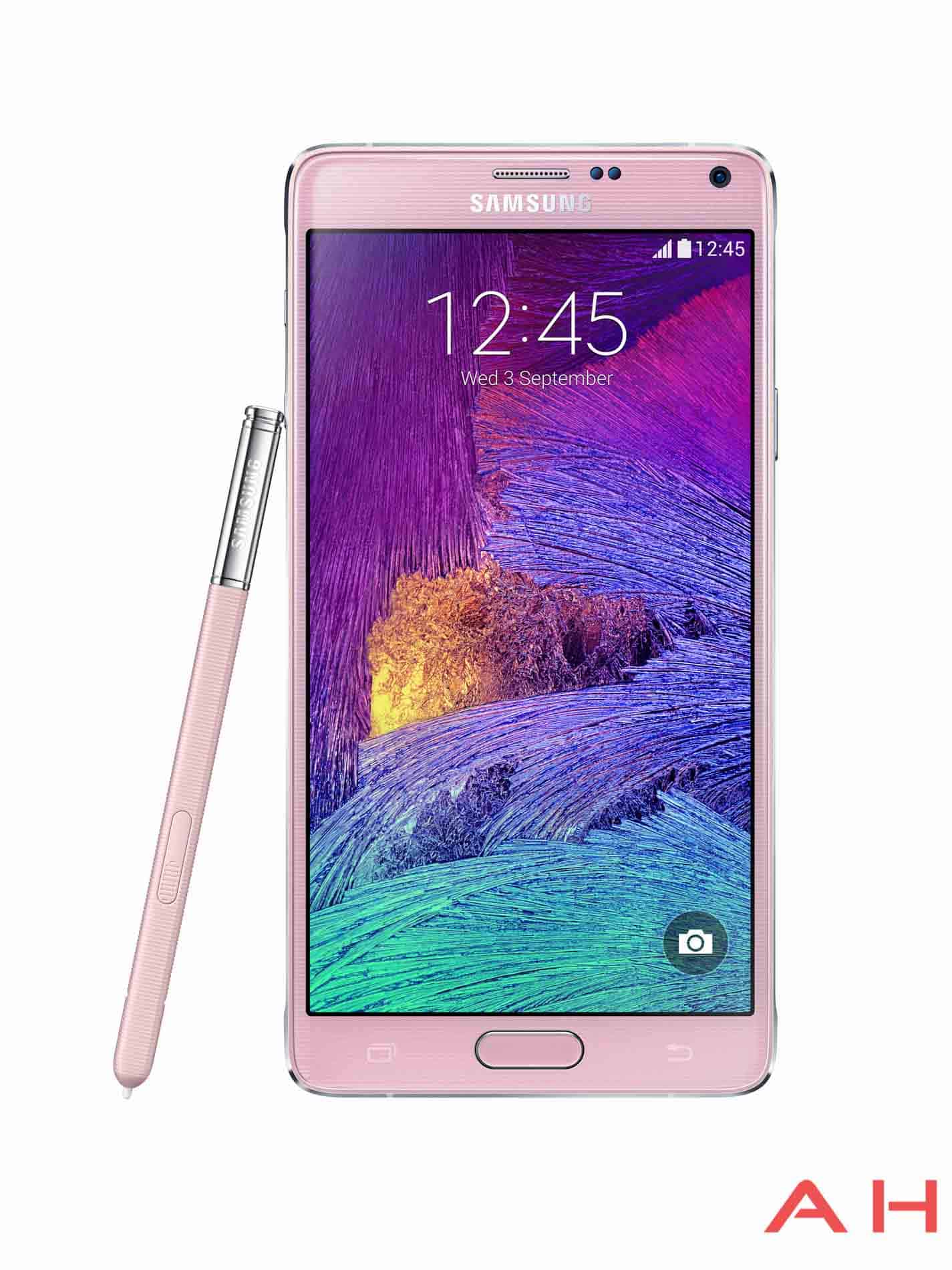 No, Samsung did nothing revolutionary with the Galaxy Note 4, but it has evolved into an extraordinary device and worthy of winning this comparison.  Please hit us up on our Google+ Page and let us know what you think about these two great devices and which one you picked as winner…as always, we would love to hear from you.

Trusted By Millions
Independent, Expert Android News You Can Trust, Since 2010
Publishing More Android Than Anyone Else
43
Today
59
This Week
551
This Month
3063
This Year
104542
All Time
Advertisement