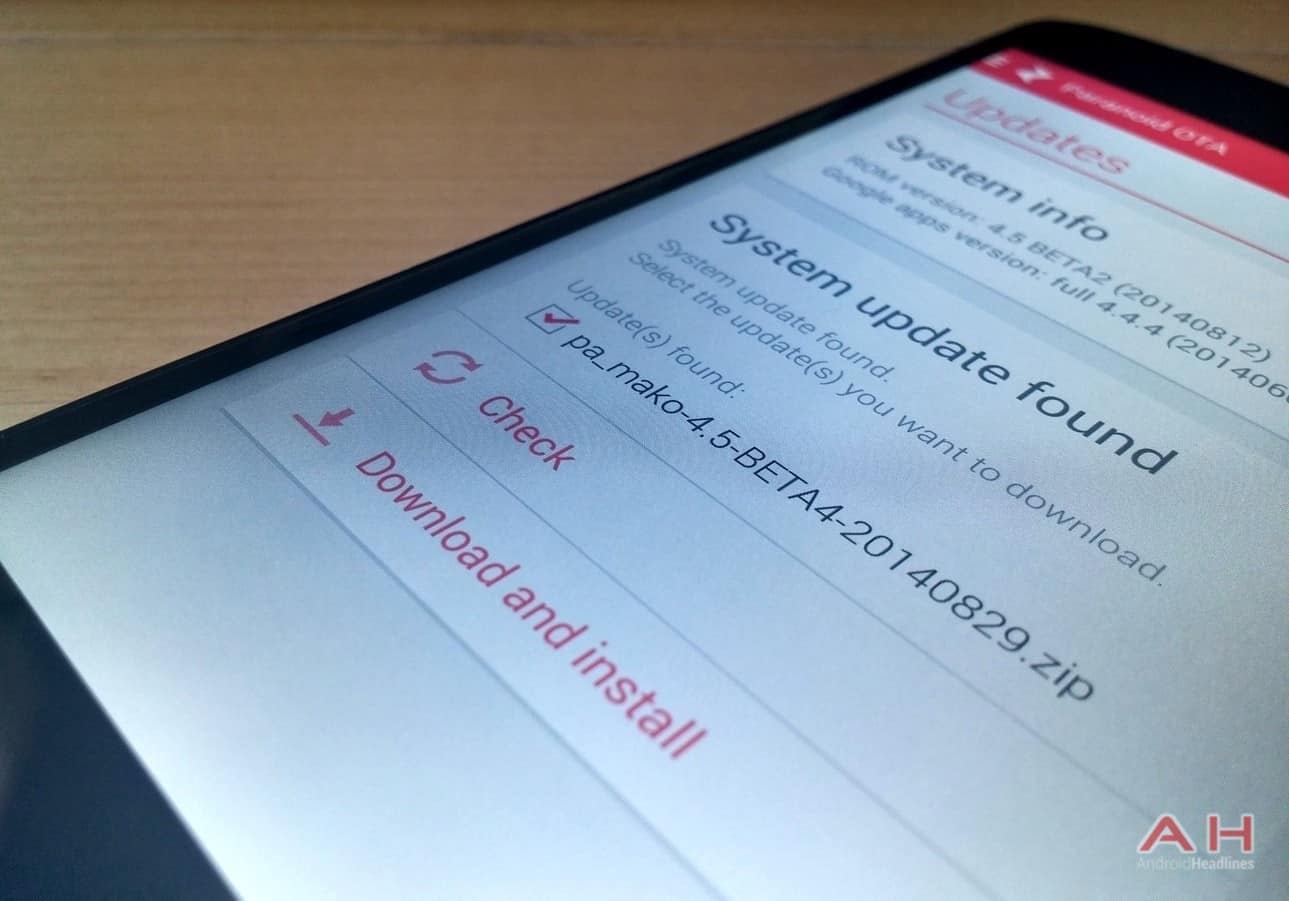 Paranoid Android is giving us a beta to update to while we wait on the latest and greatest from the awesome team of developers. No, this isn't the beta release that includes the Dynamic System Bars that we wrote about last week. This is still a new beta release as it's the 4th edition of the Paranoid Android 4.5 Beta, but what we're getting here is bug fixes and improvements and not new features and styles changes. Those will come in due time rest assured, as the PA team is working diligently to bring those new things to the PA ROM community, but those things will take a little bit of time and bux fixes and improvements are just as important and incremental to the entirety of the ROM experience.

If you're already running one of the PA 4.5 beta releases, whether the third or second version, now that the 4th beta release is out all you have to do is open up the Paranoid OTA application and search for existing updates,although generally the app will just notify you of any incoming or latest updates that are available. The download shouldn't take too long to download and install but make sure you have a good amount of battery life before you attempt to get things started, and as a recommendation do a solid backup before you start the process as well. What can you expect to be fixed this time around? Let's jump into it real quick.

There isn't a whole lot that needs to be covered, but nonetheless it does deserve some attention as things should run a little smoother after this beta is installed. The first issue relates to the mako and the wifi being broken. Initially there was a problem with mako having the wrong kernel which the PA team states was causing the WiFi to break down completely. People with custom kernels more than likely didn't experience this though. Secondly, PA has fixed the issue with the theme engine causing reboots on certain applications. I personally haven't been experiencing this problem,(perhaps due to me being on the 2nd beta release and not the third) but all the same PA was eager to get rid of the issue for the people that were having it. Lastly, if you were previously on Beta 3 prior to today and had problems with the lightbulb app(it's stated that users were experiencing issues with unless they had a custom Kernel installed)PA has fixed the problem so that things should be working as intended even with the stock kernel. That's it for Beta 4, Stay Paranoid!