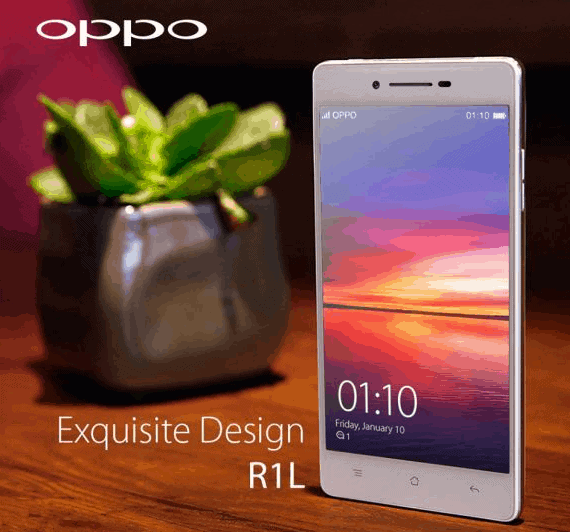 Oppo released their Oppo R1 offering smartphone in December last year. This is a mid-range offering by China-based smartphone manufacturer. The device is featuring a 5-inch 720p (1280 x 720) IPS display along with 1GB of RAM and 16GB of non-expandable internal storage. MediaTek's MT6582 quad-core chip clocked at 1.3GHz is powering this device which comes with Mali-400MP2 GPU for graphics processing. The device features an 8-megapixel rear-facing camera while there's a 5-megapixel shooter up front. Oppo R1 was shipped with Android 4.2.1 JellyBean out of the box with Oppo's skin on top of it. The price of this device was 2498 CNY which is about $410, I'm talking about an unlocked device of course.

Earlier this year (April) Oppo has released Oppo R1S, a 4G smartphone which shared many specifications with its older brother, Oppo R1. These devices were basically identical as far as build goes and most of the specifications as well. R1S, on the other hand, had a different main camera, processor and newer OS next to sporting 4G capability. It ships with Android 4.3 JellyBean, Snapdragon 400 quad-core CPU clocked at 1.6GHz and it features a 13-megapixel rear-facing shooter instead of an 8-megapixel one. This device also shared Oppo R1's price point at launch.

Now Oppo has announced yet another sub-version of R1 called R1L, which is in fact Oppo R1S but for a different market. Oppo R1S was announced for Chinese market in April and now Oppo has unveiled that very same device in Malaysia under the R1L name. These devices are completely identical as far as build and specifications go, even the software is the same, the only difference is market placement. Oppo R1L will cost you RM 1,198 if you're in Malaysia, which converts to $371.

As a side note, Oppo will hold an event in October where we'll probably see Oppo N1's successor, so get ready for Oppo's new flagship which will like the N1 probably sport a rotating camera on top of its body. Do you own or did you at least play around with one of Oppo's devices, what are your thoughts on their products?