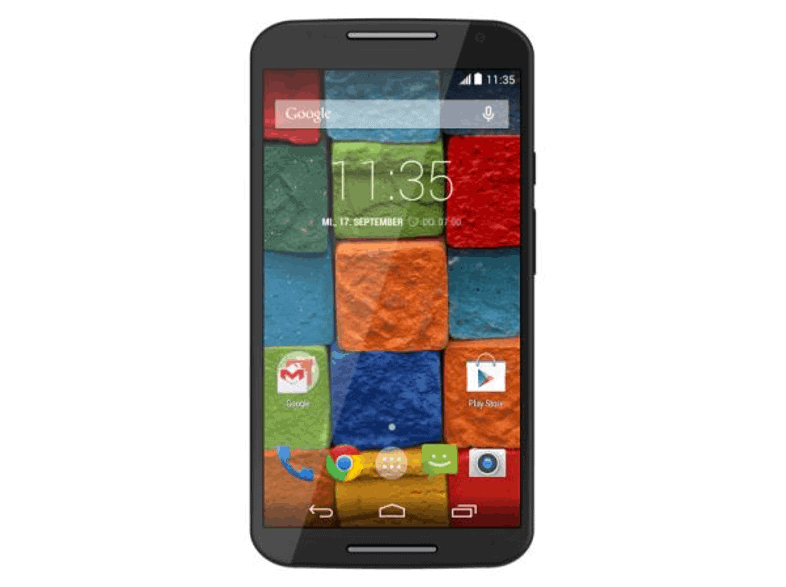 The leaks for Motorola's anticipated follow up devices to last year's Moto X and Moto G have appeared yet again before tomorrow's announcement, and earlier today exclusive images of the Moto 360 were leaked as well. All of this is happening despite some embargoes that were put in place for the people attending the closed press only event that went on today. In this latest set of leaks, the new Moto X and new Moto G(Moto G2) have allegedly appeared on a German online retailer called Media Markt.de. Images are included in these listings as well as a full list of specifications for the soon to be announced devices, and since the specs have thus far not been leaked or made public officially from Motorola, it's pretty interesting to see these so close to the event which is due to happen mere hours from now. Soon we should know if the specs that have been listed are true.

In addition to the specs list being leaked with retail listings of both new Motorola devices, a video has leaked of the new Moto X(Moto X+1) which shows a short but sweet hands on. It only lasts about 0:29, so there's no in depth juicy detail, but any hands on time we can view before official announcements is certainly intriguing. First let's gloss over the leaked retail listings. The Moto X is said to be running Android 4.4.4 kit kat, and is listed as having a Snapdragon 801 quad-core CPU, Adreno 330 GPU, 2GB of RAM, and 16GB of internal storage. It's also listed as having a 5.2-inch AMOLED display at 1080p resolution with 423 ppi, a 13MP camera on the rear with 1080p recording at 30 fps, and a 2MP camera on the back. It's listed as supporting Bluetooth 4.0 LE and having LTE connectivity, and as far as the battery goes it looks like this time around the Moto X seemingly packs a battery with 2300mAh capacity. The camera lists 4x digital zoom, however there were rumors that it would possibly support optical zoom so either that is truly not the case, or the listing has left that out or is incorrect. We'll surely be learning that tomorrow, and our own Alex Maxham is live at the event so we'll be able to bring you some great coverage as well as images of the good stuff when we can.

When it comes to the new Moto G, the site lists that it carries the new 5-inch display which is something that we saw in the video leak from earlier. This is also listed as running Android 4.4.4 kit kat out of the box, having a 1.2GHz quad-core processor with Adreno 305 450 MHz single GPU, 1GB of RAM, 8GB of internal storage space, and 720p HD display resolution. The camera on the back is 8MP with LED flash and the front camera is listed as 2MP and 720p recording at 30FPS. The listing also states Bluetooth 4.0 LE, but only lists 3G network connectivity. The video leak from earlier however stated LTE capabilities, so it's likely the listing for this model is not the same model in the video leak from before, which suggests 3G and 4G models of the new Moto G. Battery wise, it appears to not be too far behind the new Moto X, with a battery that holds a 2070mAh capacity.

Now for the leaked Moto X video which we picked up thanks to our friends at Android Police. We will get to see things full on tomorrow, or late tonight if you're here on the west coast like myself, so there's not a ton of stuff to see in the video leak. Still, it's worth a watch. The video does show off the phone's design and we can see the dual front facing speakers, so this is a plus and should hopefully make for good audio quality. Have a look.