Lately, we've been hearing more and more about the Motorola DROID Turbo. We heard just last week that the DROID Turbo would be announced next month (as in October) and it would have Qualcomm's QuickCharge 2.0 enabled as well some other quick charging features. Now the DROID Turbo has been benchmarked on GFXBench. And according to the benchmark, the DROID Turbo is packing a 5.2-inch 2560×1440 resolution display, Qualcomm Snapdragon 805 processor, 3GB of RAM, 32GB of storage, 19MP camera capable of 4K, and a 2MP front-facing camera.

So we're looking at a pretty beastly device here from Motorola. I actually wish some of these specs were in the Moto X, especially that 19MP camera. It'll be interesting to see if it's another Sony sensor in this one, as the Moto X (2014) has a Sony sensor. So far there's no word on battery capacity. However, rumors have pointed to this being the successor to the DROID Maxx and that they are dropping the DROID Ultra line altogether. Which makes a bit more sense. As most people are going to want that extra battery. So we could see a nice 3500mAh or larger battery in there. And I'd love to see a 4,000mAh battery in there especially with the QHD display there.

The DROID line has started to die off a bit in recent years. We went from about 10 of them per year to just three, and now it looks like only one. The DROID Ultra, Maxx and Mini were all announced last summer (end of July), and now here we are more than 12 months after that and still no new DROID smartphone. Although it looks like it's coming soon. Anyone interested in the DROID line still? Or wishing these weren't exclusive to Verizon? I know I wish the DROID Maxx wasn't a Verizon exclusive, I'd definitely love a GSM version of that. Let us know in the comments below. 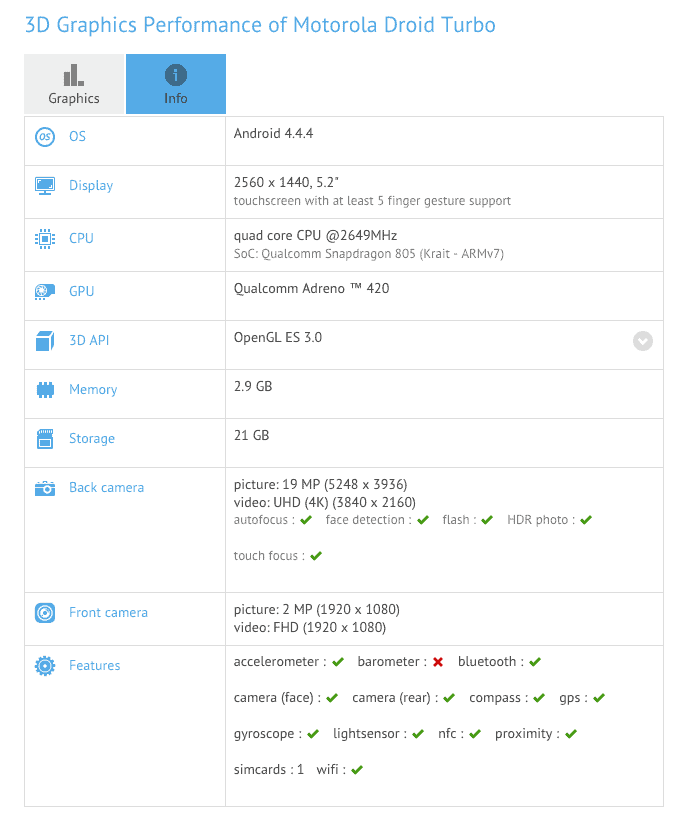