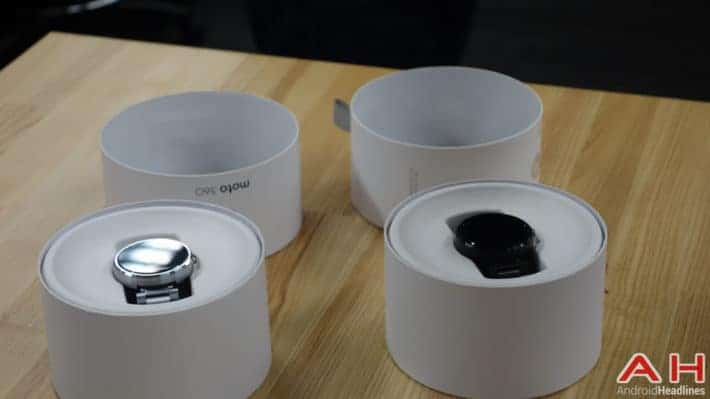 Pricing of the Moto 360? Well I thought you'd ask about that. Motorola has announced that the leather band Moto 360 will cost $249, and the steel band Moto 360 will be $299. However, today only the leather straps will be available. The steel and titanium ones will be available "later this fall". Additionally you will be able to swap straps, so if you pick up a leather Moto 360 today, you can go ahead and switch to a steel or titanium strap later on this fall when they are available. So it's not the end of the world.

We've already gone over all of the specs for the Moto 360, so we basically know what it's running. We also learned that it's not a complete circle and has a black bar at the bottom because that's where they put the drivers for the display. Instead of making the bezel around the display much larger, they opted for a small black bar at the bottom, which I actually don't really mind. I've had a chance to play around the Moto 360 and really do like the device, we'll be doing plenty of hands-on and comparisons to others like the LG G Watch soon so make sure you stay tuned.

Now that the Moto 360 pricing, and availability is official, how many of you are setting alarms for 12-noon ET today to throw money at Motorola? Let us know in the comments below.