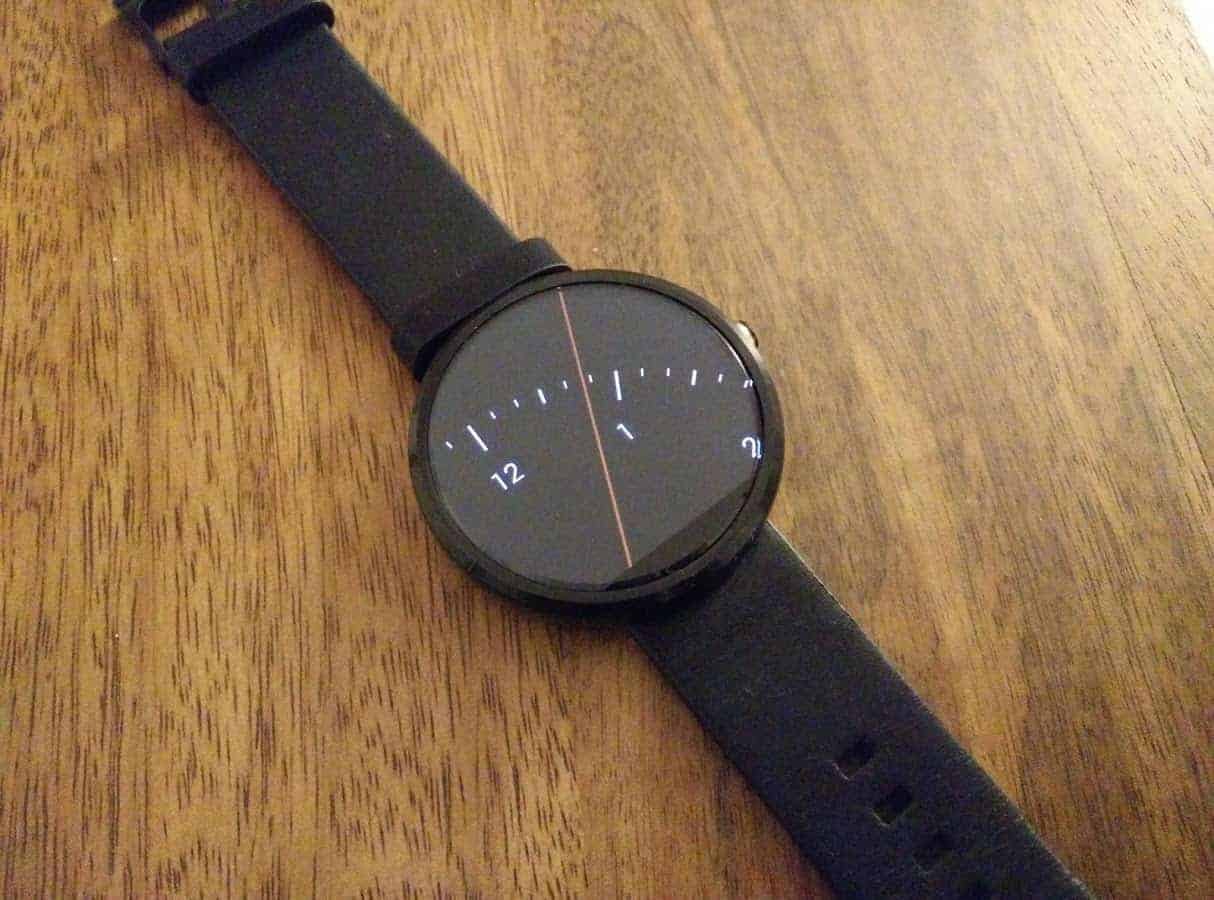 If you have been keeping up with Android-related news lately then chances are that you have probably seen all all of the complaints about the Moto 360. More specifically complaints surrounding it's outdated processor and terrible battery life, but we have something to share with you guys that might help ease the pain. It's a new watch face for the Moto 360 called Spotlight that really emphasizes the beauty of having a round display.

The Spotlight watch face we are talking about was created by a developer by the name of Maize who created the watch face with a round display in mind. As you can see from the image above, the Spotlight watch face zooms in on a standard radial watch face. This zoomed-in view gives a simple and clean look and was spawned from a popular GIF. that has been making it's rounds on the web. But besides that, developer Maize says that the single minimalist hand of the watch face is based off of designs of Braun watches.

Compared to other watch faces that are currently available for the Moto 360, the Spotlight watch face definitely stands out in the crowd. Current Moto 360 watch faces are essentially complete opposites of this watch face. The Chronometer Watch Face for example, the watch face featured in Motorola's ads for the Moto 360, is completely different in the respect that Spotlight combines the hour and minute hands into a 12-hour clock. Other things like Spotlight's very simple and minimalist design also set it apart from almost all other current Moto 360 watch faces that seem to have too much going on for a watch face. This causes the face to become over-complicated and confusing, Spotlight helps solve this problem with it's design.

As for customization of the Spotlight watch face, there are virtually none, as AndroidPolice points out, there are not even simple options that would allow the face to be changed to white or to eliminate the numbers. But besides that, if you are lucky enough to already own a Moto 360 then this is definitely a watch face that you should at least try out. It's very stylish and features smooth animations, something any Android Wear user would embrace.