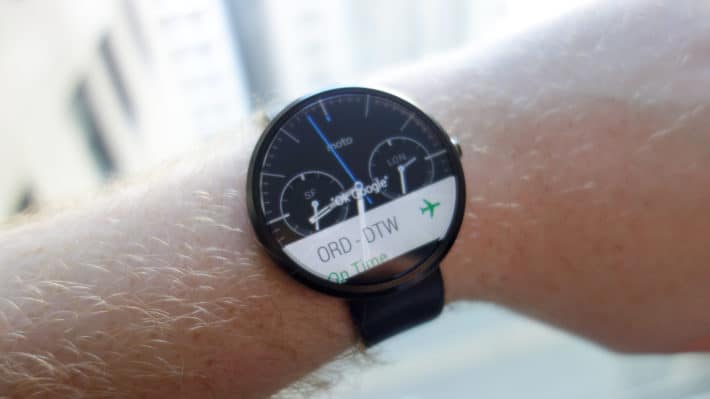 Moto 360 sale is up and running, we've already informed you that you can get it straight from Motorola or from Best Buy and it is now available through Google Play Store as well. You can get it directly from the Google Play Store if you follow the source link below. The smartwatch will set you back $249 and it is available in 2 variants, gray leather band combined with a silver watch or a black leather band combined with a black watch. The stainless steel band version will be available later this year.

Motorola announced Moto 360 smartwatch along with the rest of their portfolio at this year's IFA in Berlin. Aside from the Moto 360 smartwatch, the company announced new version of Moto X and Moto G which kept their names and a miniature bluetooth headset dubbed "Moto Hint". Motorola's smarwatch features 1.56-inch backlit LCD display 320 x 290 in resolution covered by Gorilla Glass 3 in order to keep your display nice and clear and prevent scratching. The device is powered by a Texas Instruments OMAP 3 CPU, which came as a bit of a surprise although it was rumored before the launch. You'll find 4GB of internal storage inside the device as well as 512MB of RAM. Casing is made out of stainless steel (mostly), power button is located at the right side and the design is… well, most people seem to like it and it's rather gorgeous in my humble opinion. The display is circular as you all know and the device comes with an optical heart rate monitor and IP67 water and dust resistance which is a great thing considering this is a watch after all. The diameter of the watch is 45mm while it is 11.5mm thick. Bluetooth 4.0 LE (Low Energy) is here as a connectivity method in order for the watch to communicate with your smartphone and a 320mAh battery should be powerful enough to keep your watch alive until the end of the day, though that will depend on the usage of course.

There you have it, Moto 360 is finally available, so… go for it if you're interested. Let us know whether you like it or not once it arrives, we always love to hear back from you. Even if the Moto 360 appears to have sold out already, it's nice to see Google's Play Store get all the Android Wear devices as they arrive.