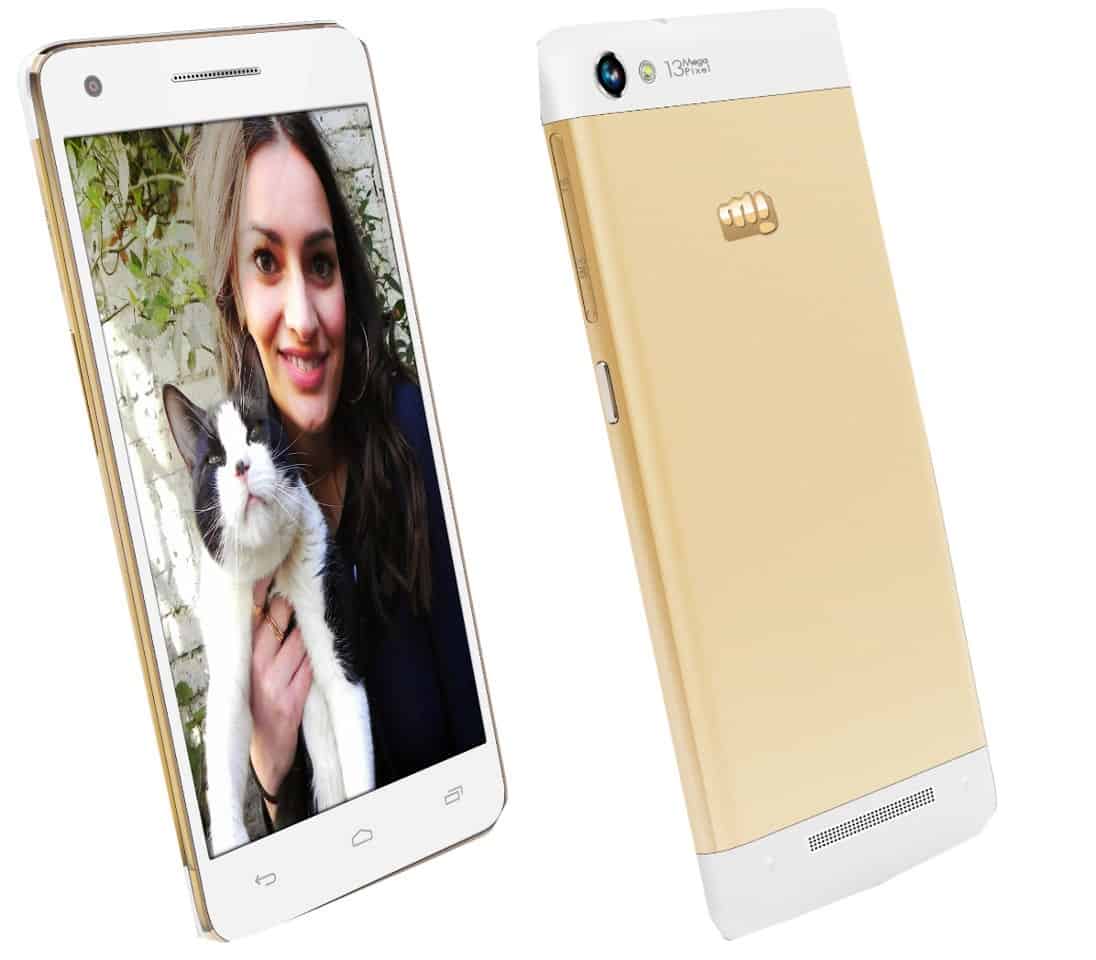 Micromax is one of the big phone and tablet manufacturers in India and although well known in its home market the company received a lot of international attention recently. This was largely due to Micromax being one of the original three companies (together with Karbonn and Spice) who partnered with Google in producing the first set of Android One devices. From this coalition Micromax two weeks ago launched the Micromax Canvas A1 in India for Rs 6,399 ($105). In spite of the short time-frame between the launch of the Canvas A1 and now, Micromax are set to release another new device, the Micromax Canvas 4 Plus A315. What is most interesting about this device is that it has not actually been officially launched by the company yet but is already available to buy after popping up on one of India's leading online retailers, Infibeam.

In terms of the device, the Canvas 4 Plus offers a 5" AMOLED display with a 1280 x 720 pixel resolution. Inside the device is loaded with a 1.7GHz MediaTek MT6592 octa-core processor and 1GB RAM. In terms of storage the device comes as standard with 16 GB internal storage and also a micro SD card slot. If cameras are your thing the Canvas 4 comes with a 13MP rear camera and a 5MP front shooter. The device is dual-SIM compatible, will come running on Android 4.4.2 (KitKat) and be powered by a modest 2,000 mAh battery.

The Canvas 4 is listed on Infibeam as available in two colors, black and white/gold although at present the white/gold version is the only one listed as in stock. In terms of price the device is stated as having a retail price of Rs 19,999 ($325) although Infibeam are currently selling for Rs 16,999 ($276). It is also worth noting that although the black version is not currently in stock Infibeam do list the black version at a slightly higher price of Rs 17, 499 (285). The device is available now, listed as only shippable to India and shipping within 24 hours. So how does the new Canvas 4 Plus sound? Do we like the surprise of the device going on sale before its actual publicized release or do we prefer the big deal of an OEM launch? Let us know what you think and if in India – if you will be buying.