Skip to content
Trusted By Millions
Independent, Expert Android News You Can Trust, Since 2010
Publishing More Android Than Anyone Else
2
Today
192
This Week
942
This Month
3919
This Year
121524
All Time Apple just announced the iPhone 6 today. And they finally invented the large-screen phone. Jumping from 4-inches to a 4.7 and a 5.5 inch model. They also upped the resolution a bit, still a bit of a strange resolution at 1334×750 pixels, but it’s 38% more pixels than the iPhone 5S. Apple also invented NFC today, and are calling it Apple Pay. So now we may just see NFC begin to take off now. And it’s about time. So how does the iPhone 6 stack up to it’s Android competition? Well let’s see.

Down below we’ve got a table showing off the top 4 Android flagships compared to the iPhone 6. That includes the Motorola Moto X and the Samsung Galaxy Note 4 that was announced last week. As well as the LG G3 and the HTC One M8. The iPhone 6 doesn’t really compare in specs to the Android flagships, but there’s one thing that Apple has been good for and that’s the user experience. While most of us think it’s too simple, it’s not for those that use it everyday. iOS is also really smooth and fluid, which is something you don’t see all the time with Android. Although you’ve started seeing it get a bit smoother with Android 4.4 and Android L coming in the fall.

A lot of Android fans are interested in the iPhone 6 since Apple finally decided to go bigger this year with a 4.7-inch and a 5.5-inch display. I’ve even given the iPhone a good look this year, but don’t think I’ll pick it up. But I’m pretty close to doing so. How many of our Android users out there are thinking about picking up the iPhone 6 or iPhone 6 Plus when its available on September 19th? Be sure to let us know in the comments down below. 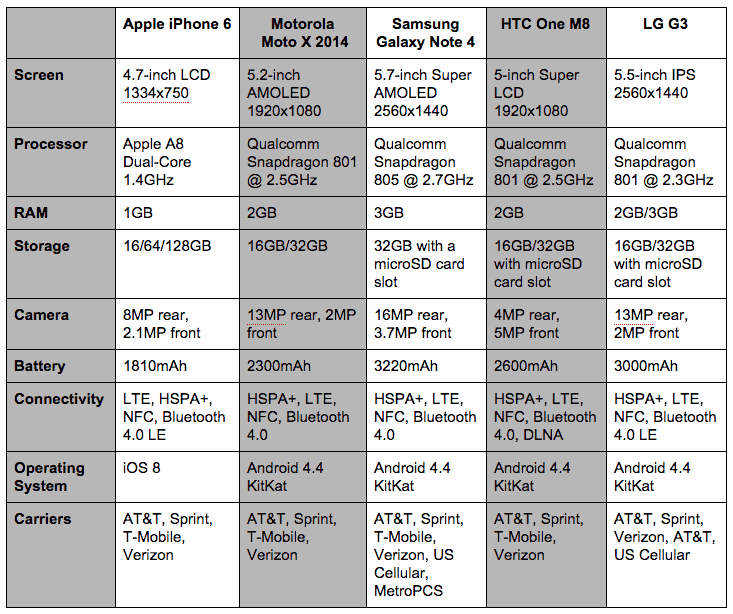