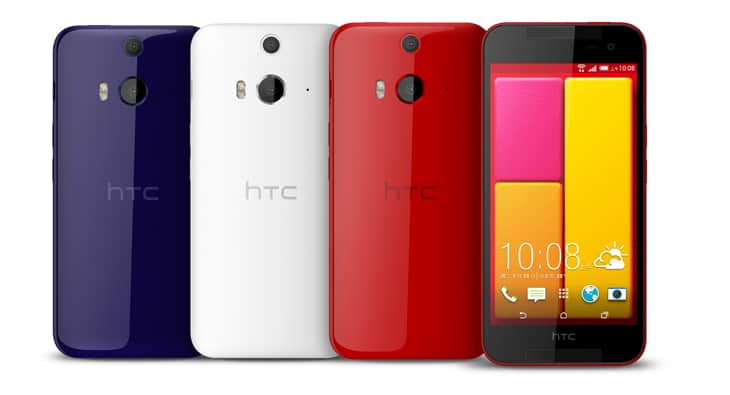 HTC has launched the HTC Butterfly refresh about 2 weeks ago, the device is logically named HTC Butterfly 2. Taiwan-based company launched it in Taiwan initially and the device is now making its way to other markets including Hong Kong, India and Malaysia. The device went on sale in Hong Kong yesterday and the 16GB version is available for HK $5498 which is about US $709, that is kind of a steep price, that is kind of a steep price really. Let's see what you get for it though.

HTC Butterfly 2 is sporting a 5-inch 1080p (1920 x 1080) Super LCD 3 display along with 2GB of RAM and 16 or 32GB of internal storage which is expandable via MicroSD card up to 128GB. Please note that we're not sure if the 32GB variant is available in Hong Kong or other markets except for Taiwan considering we don't have the pricing for that unit at the time. The device is powered by Qualcomm's Snapdragon 801 quad-core CPU clocked at 2.5GHz along with Adreno 330 GPU for graphics. 13-megapixel camera can be found on the back of the device while there's a 5-megapixel sensor up front.  Next to that 13-megapixel sensor on the back HTC has included a 2-megapixel secondary camera for depth perception, like the one you can find on the HTC One (M8). The device comes with a 2,700mAh battery and Android 4.4 KitKat pre-installed with HTC's Sense 6 UI on top of it. IP57 certification for water and dust resistance is also a part of this package, which is always a good thing to have when it comes to smartphone. The device is available in red, blue and white colors or as HTC calls them "carmine", "midnight blue" and "porcelain" colors. You can find more information about the device on the link above.

I believe the pricing for this device is too steep, though that's just my opinion. What are your thoughts on this device, would you like to see it launched on other markets outside of Asia? I doubt HTC will do that though, perhaps some resellers make it possible or something like that.