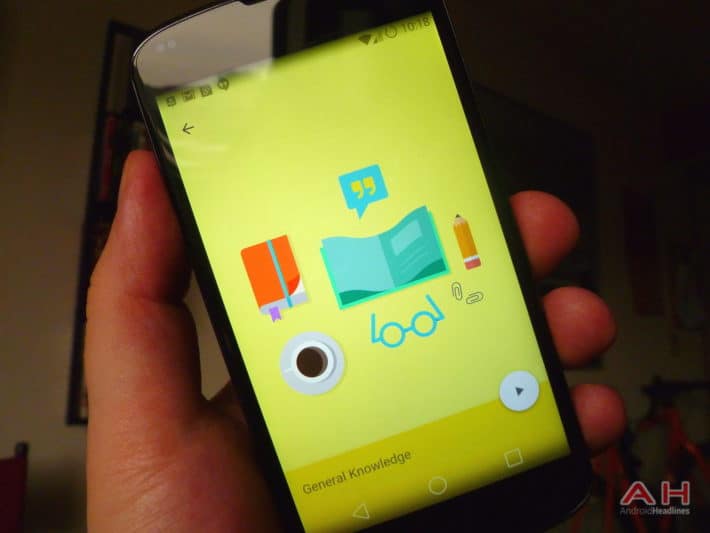 Google is doing what they can to make experiences across the web, Android, and Chrome a more seamless and unified experience, and part of that initiative is with Material Design. We have already seen plenty of what Material Design will do for the look of Android, and there are already a large number of developers conforming their apps to this new set of design guidelines. Today, Google has launched an application that shows some of that unification and gives us a seamless user experience with a web app styled with the new Material Design look.

The idea, is that with Material Design developers can take their web apps and Chrome apps and set them up so that users on Android can feel like they're using a native Android app since it will appear to be one, although truly at heart they'll just be web and Chrome apps packaged up with a toolkit that allows the apps to run on mobile devices powered by Android and iOS. Google's new Material Design based web app is called Topeka, and it's a Trivia game that is described as simply "a really fun quiz app."

Immediately upon opening Topeka you notice the heavy Material Design influences, and after the app is finished connecting,(which only takes a few seconds)the first thing you end up doing is singing in with your first name and last initial, and even this small detail has Material Design flare with animations in the text entry bar. The colors and style evoke Material Design too of course, but a big part of Material Design is also all the animations. From personal use, everything within the app seemed fluid and there didn't seem to be any lag during my five to ten minutes inside the app so far. The fact that this is a web app packaged up to run on Android and using the Material Design style, makes it all the more impressive that most users might not ever notice this was a web app in the first place. If you're not able to run Android L on your device and you want to see what Material Design feels like from a personal standpoint, grab Topeka and give it a test run.