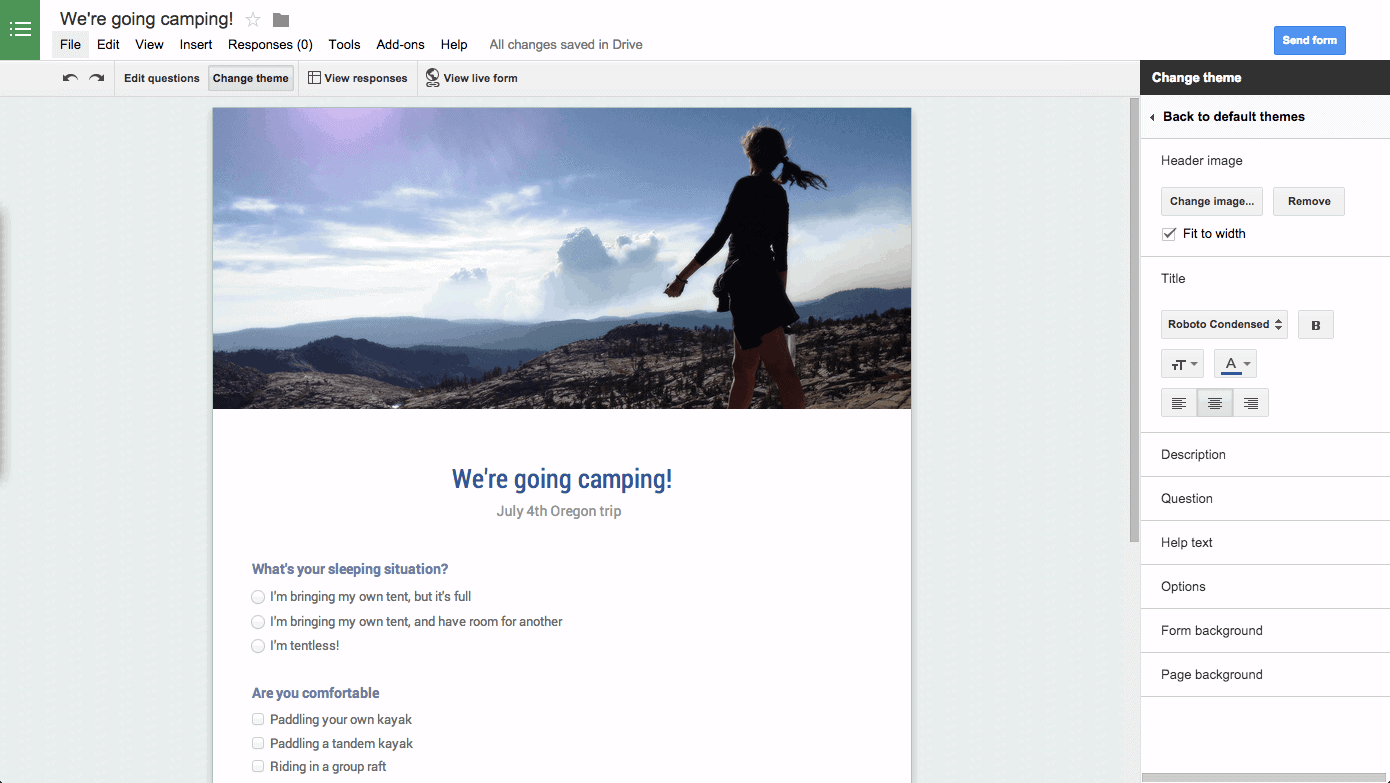 Many of us probably don't use Google forms all that often. Although we do use them here at Android Headlines quite often, and so do a number of businesses that we work with. Which means it's an important feature of Google Drive that also deserves updates. And today, Google has updated Google Forms to give it some new survey designs as well as the ability to add custom themes.

"One of your top requests has been the ability to add your own personal touch to forms, and starting today you can with custom themes."

So now you can create your own theme, it's simple too. Just select the change theme option from the drop-downs. Then you can add your own photos or logos to the header, customize fonts and colors, pick a background, and more. Google also has a nice animated gif of the new themes (which may not work on the site, but you can take a look at the source links down below). Wonder what else Google has in store for Google Forms in the near future? As we don't normally hear much about Google Forms.

It's great to see updates coming to Google Forms as well, as it is a really great part of Google Docs and Drive. Especially since you can get responses put into a spreadsheet in Google Drive. Now, I don't care much about the themes on Google Forms, but it is always nice to have choices. As Uber said earlier in their blog post about being banned in Germany. And that's what Google has given us, choices. How many of you use Google Forms daily? If you don't mind us asking, what do you use them for? What do you think of these new theme options for Google Forms? Let us know in the comments down below.