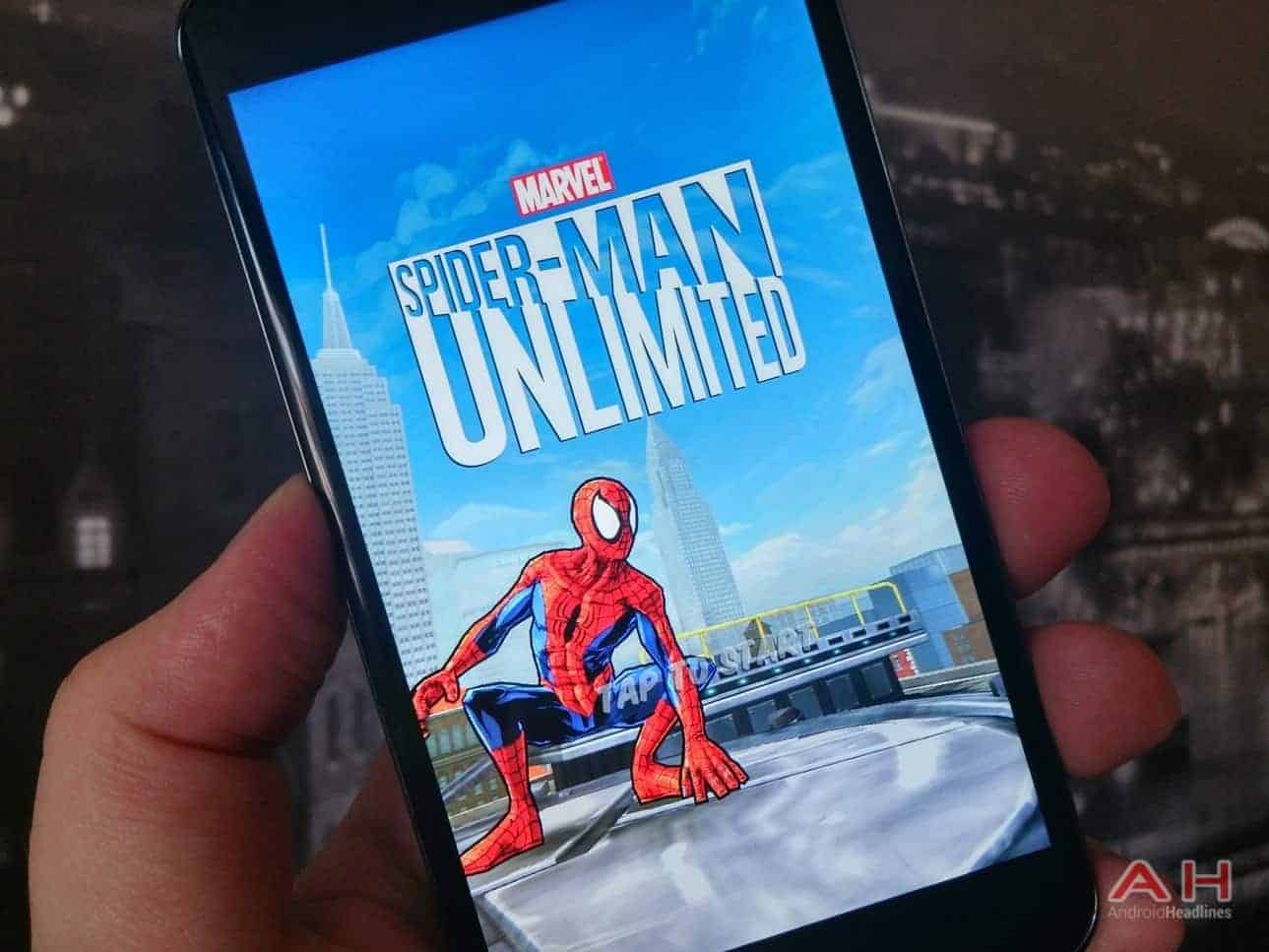 There is probably no shortage of Spider-Man games on the Play Store, in fact Gameloft themselves already have a couple of Spider-Man apps available to download based off of The Amazing Spider-Man and Amazing Spider-Man 2. This new title, called Spider-Man Unlimited is a totally different take on the Spider-Man games that have been introduced before, as it takes on an endless runner type of style, while previous Spider-Man games(at least from Gameloft)have always been action titles that involved free movement of the characters and weren't endless runners. It's a different spin, but there are some regular action game elements baked in so things are a little unique and it sounds like it might be quite fun and addicting.

The game is free so if you're dying to check it out it won't cost you a penny, and Gameloft is quick to point out that this is the first free Spider-Man game. Gameloft is terming this a "narrative runner" as they have tied in a comic book like story dialogue and user interface design, and the graphics even have a hand drawn stylized look like the Captain America game that they previously launched a few months back. There is an included story mode which has boss battles, 25 missions per issue(there's another way that Gameloft has tried to make this feel like you're playing out a comic book)and it even has daily and weekly events which can be accessed from events mode.

A cool and interesting element that Gameloft has added in is the ability to play as multitudes of the different Spider-Man characters in the Marvel universe, kind of like costumes for your character in a way. These new playable characters are obtainable through the collecting of Spider-Man cards that you can grab during missions presumably, and you can even fuse cards together to make the ultimate Spider-Man. If you really just want to dominate the leaderboards, you can play in Unlimited Mode and run till you can literally run no more. Gameloft says that there will be consistent releases of new Spider-Men, so if you enjoy the collecting aspect of games this feature should delight you. The storyline centers around the Sinister Six who are traveling from dimension to dimension destroying everything in their path, and of course it's your job to stop them. Can you do it?